Ninety-four percent of Rogers High seniors applied for post-graduate programs, including two or four-year college programs, trade schools, apprenticeships or the military. This is the highest ever number for the school. 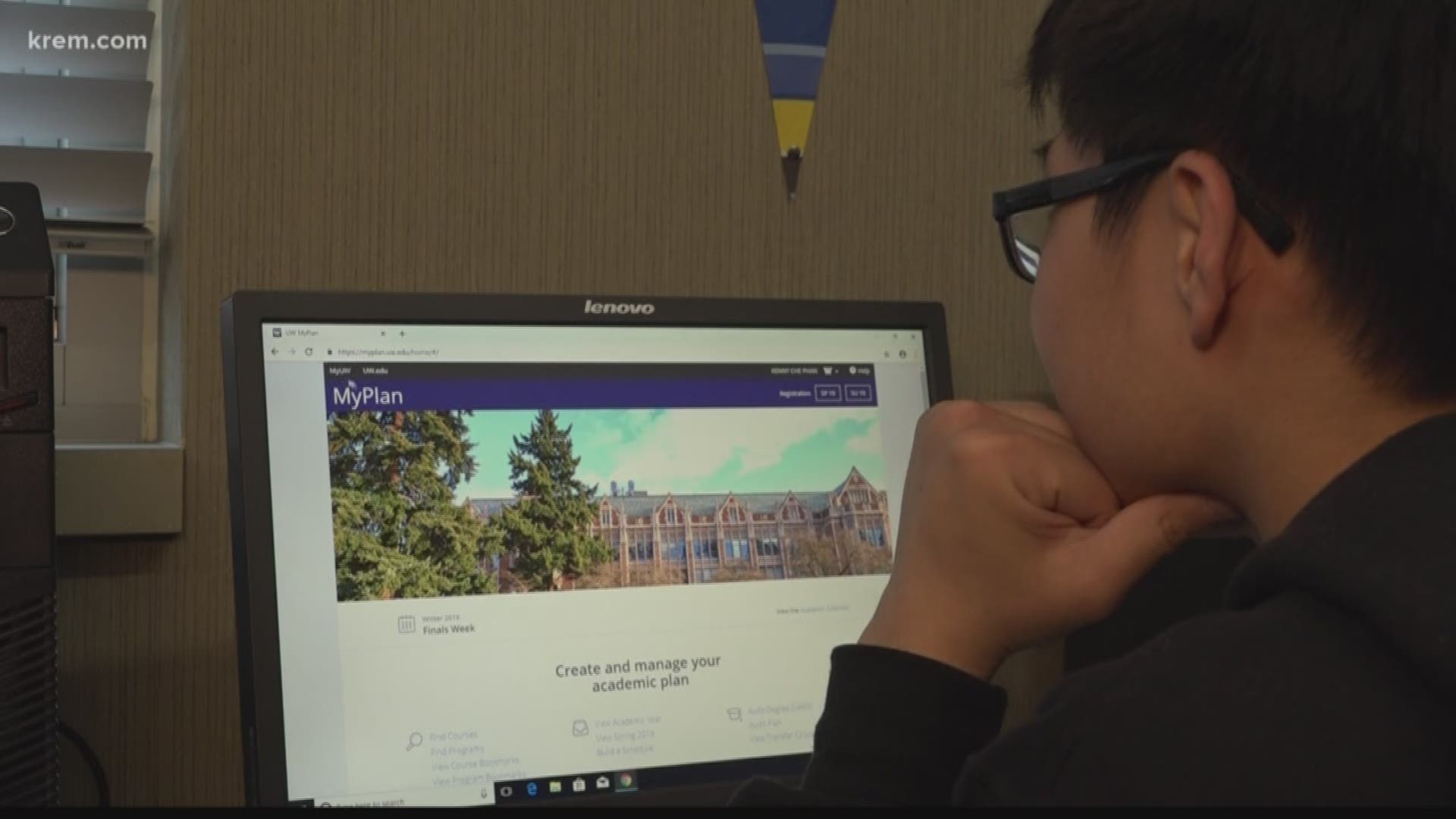 SPOKANE, Wash. — Rogers High School’s graduation rates have dramatically improved in recent years, climbing from 55 percent to 85 percent. Now, the school is helping students take the next step in their educational journey.

In 2017, the school’s impressive turnaround was featured in The New York Times. The school is now focusing on students' lives after graduation, with nearly 100 percent of graduating seniors applying for post-graduate programs.

Many Rogers High seniors, including Betsy Schumacher and Kenny Phan, spent their time in the school’s career center as they applied for college.

“I was kind of like resenting it at first and then I was like, ‘No, I have to start applying,’ and it was a little bit stressful,” Schumacher said.

But Schumacher’s hard work paid off.

“Once the acceptance letters started rolling in, I was so excited,” she said.

Schumacher is joined by 94 percent of her class who applied for post-graduate programs, including two or four-year college programs, trade schools, apprenticeships or the military. This is the highest ever number for Rogers High.

“I think a lot of time people assume today the narrative is that we want everybody to go to a four-year college and for us, it’s a lot more making sure kids have flexibility and choices,” said Rogers High School Assistant Principal Joe Phipps.

The increase was due in part to an effort by a team of counselors and administrators to get all graduating seniors to apply for a post-graduate program and financial aid. The team garnered inspiration from Central High School in Phoenix, Arizona, which was able to reach 100 percent.

Rogers High School administrators then applied for and landed a $1,000 grant to help students take the next step by providing incentives for those who applied to at least one program.

“It really changes the finish line. I think graduation used to be the finish line and now we look at, how do we track our kids – and not just applying – but what our data rounds out the college going rate,” Phipps said.

For many of these students, applying for post-graduate programs is just the first step toward the rest of their lives.

"I am like nervous and scared, but I am also excited to finally get out there and do my thing," Schumacher said of going to college.