Mike Rainwater was honored with the Washington State Security Officer of the Year Award for his decades of service at Marysville-Pilchuck High School. 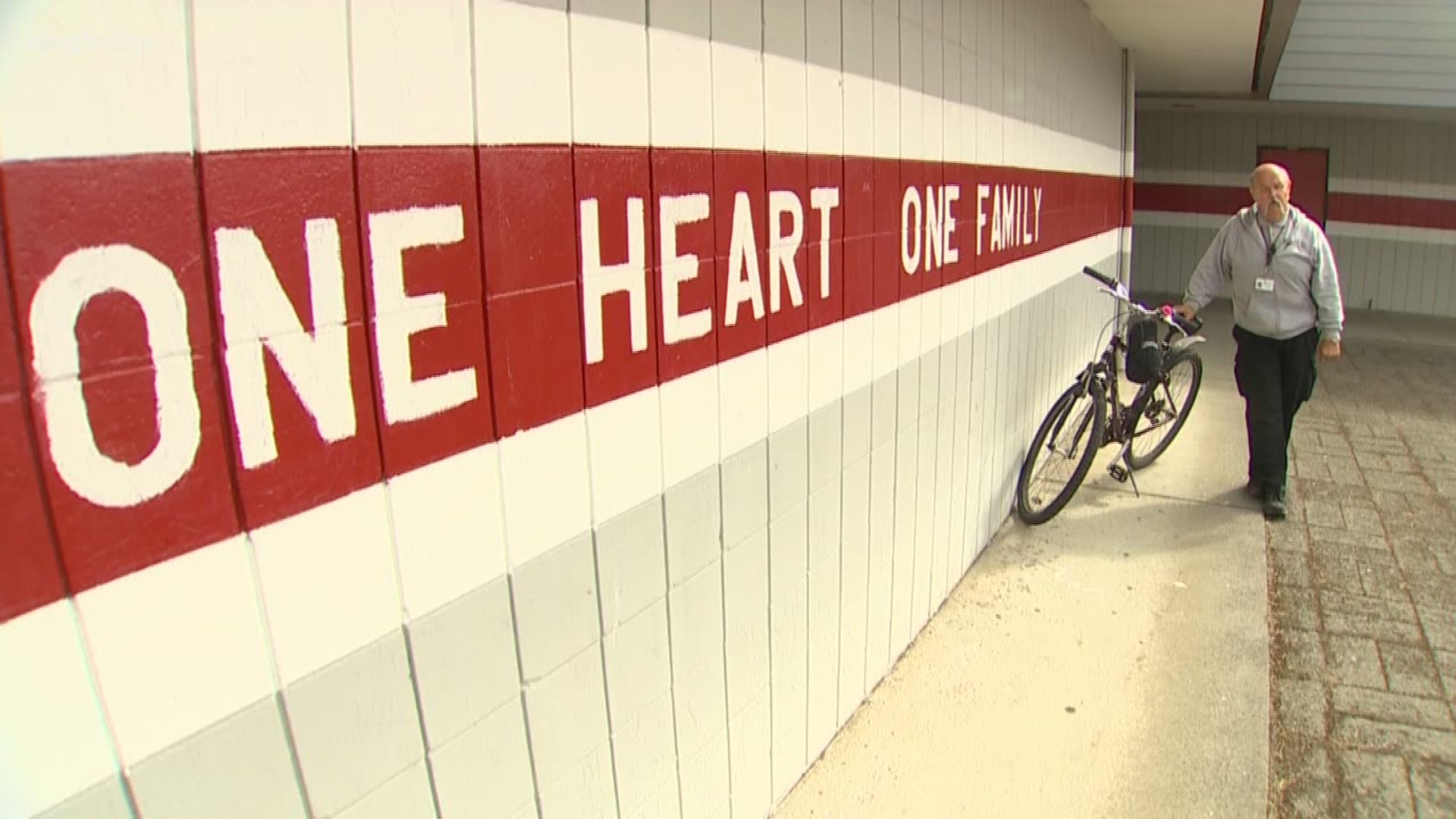 MARYSVILLE, Wash. — For 26 years, Mike Rainwater has greeted the students of Marysville-Pilchuck High School as they arrive and nudged them along when they’ve “lost their way” to class.

"I love it here," Rainwater said. "These kids keep me young."

Rainwater was born and raised in Marysville and graduated before there was even a Marysville-Pilchuck High School. He prefers not to give his age, but Rainwater was the first school security guard in the Marysville School District, years before police officers started routinely patrolling campuses.

He's old school but in a grandfatherly kind of way.

"You feel comfortable with him just because of how sweet he is, how nice, how understanding he is," junior Nicole Salcedo explained.

"Just saying hi to him and seeing him getting so excited about the day just hypes you up," said student Maddy Baxter. "He just puts you in a better mood."

Part of the reason Rainwater has been so successful is the fact that he's never forgotten what it's like to be a kid having a bad day at school.

"I treat everybody with respect," he explained. "I made the wrong choices when I was a student. They don't deserve to be demeaned in any way just because they made a wrong choice."

In recognition of his decades of service, Rainwater was honored with the Washington State Security Officer of the Year Award. It's something he never saw coming but was humbled to receive.

"I was absolutely shocked," Rainwater said. "There are so many security officers in this state doing such great work. It's really unbelievable."

More important than awards, though, are his relationships with the students.

Junior Andrew Kallio said Rainwater’s constant presence and determination to keep kids on the right path are much appreciated.

School security is a far different thing today than it was when Rainwater started at Marysville-Pilchuck.

He said the current climate of school violence should remind parents to never take a single day with their kids for granted.

"Their lives are so busy sometimes they just don't stop to remember that it can be gone in a blink of an eye,” he said.

What endures for Rainwater is the love for his students and his dedication to shepherding them safely through their high school years.

"To tell you the truth, when I think about it, I'm quite certain that God put me here," Rainwater said with a smile. "It's a joy getting out of bed every day to come to work and be with these wonderful kids. How many people can actually say that?"