Washington’s attorney general says lender CUSO issued loans to ITT Tech students even if it thought there was a good chance the student would default on the loan. 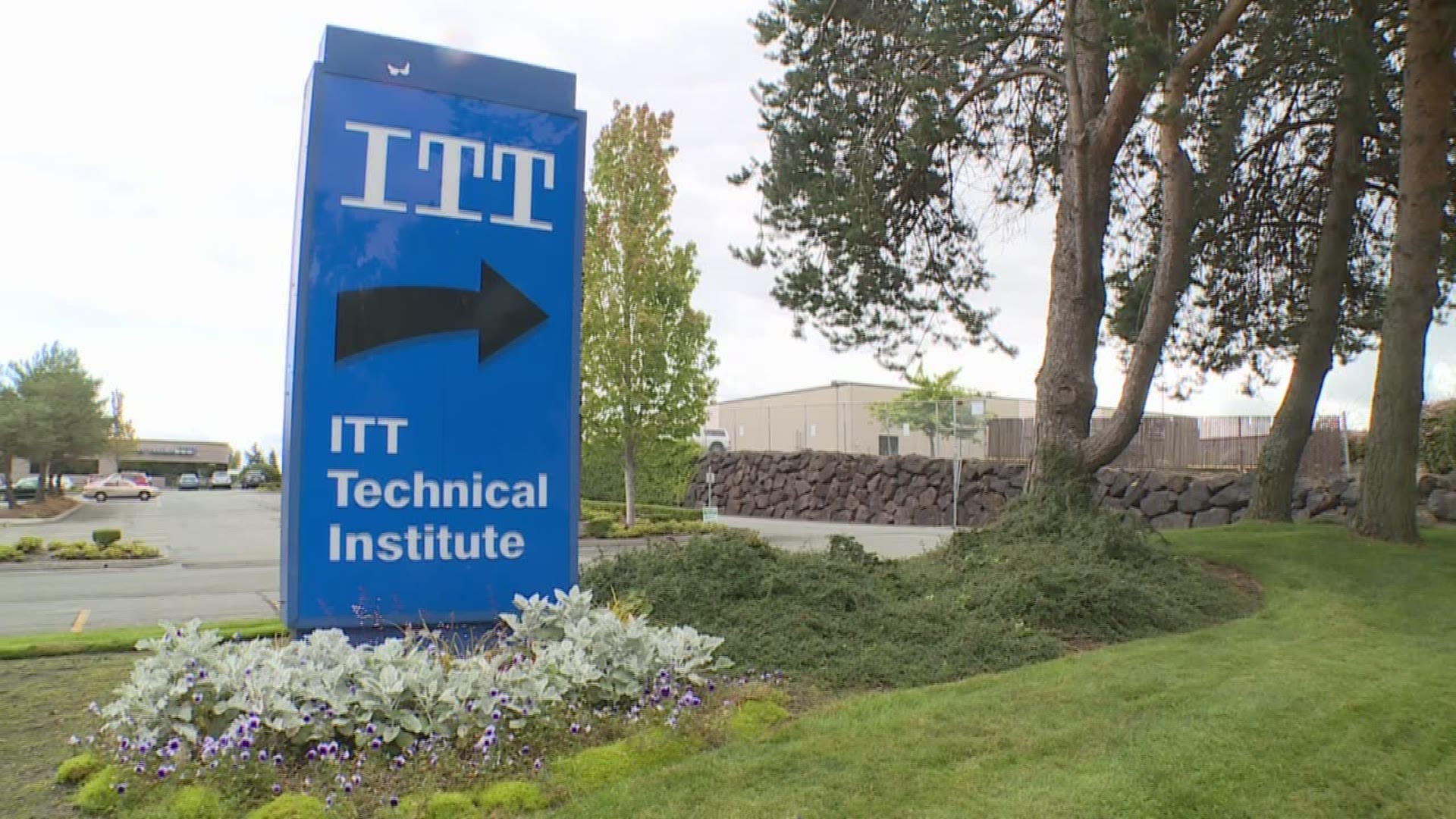 Editor's note: The attached video originally aired in 2016 when ITT Tech announced it was shutting down.

Over 500 former ITT Technical Institute students could be getting money back after a state investigation found one of the college’s lenders issued loans it expected could default.

Attorney General Bob Ferguson announced the agreement Friday after an investigation into Student CU Connect LLC. CUSO has agreed to disburse $168.2 million in student loans, $5.1 million of which will go to Washington students.

"ITT Tech and CUSO were only interested in increasing their bottom line at their students' expense,” Ferguson said in a statement. “They issued private loans they knew students could not afford in order to access their federal loan dollars. This was a scam, and students deserve this relief."

A total of 538 former ITT Tech students in Washington will receive payment. On average, students will receive $6,096 in debt relief, according to the attorney general’s office. All affected students will be contacted by mail within 30 days.

ITT Tech closed 149 campuses in 2016, including locations in Seattle and Everett.

The attorney general’s investigation found CUSO continued to issue loans even though ITT Tech projected borrowers would default at rates higher than 60%.

The college used CUSO from 2009-2011 to make sure students could cover tuition, even if they weren’t able to repay the debt, according to the attorney general’s office.

RELATED: 5 ways to get your student loans forgiven

ITT Tech would offer students a temporary credit to cover the gap between federal student loans and the cost of tuition. After the student’s first term, they would be required to repay the temporary credit. If they couldn’t pay up, the investigation found ITT Tech “pressured” students to take out a loan with CUSO or another ITT Tech-specific loan program.

“This scheme allowed ITT Tech to skirt federal regulations governing for-profit schools and shift the risk of providing loans to students at high risk of default, while continuing to profit off these students' tuition,” the attorney general’s office said.