A Bellevue father is making it his mission to make teenagers think twice about participating in dangerous “internet challenges.” 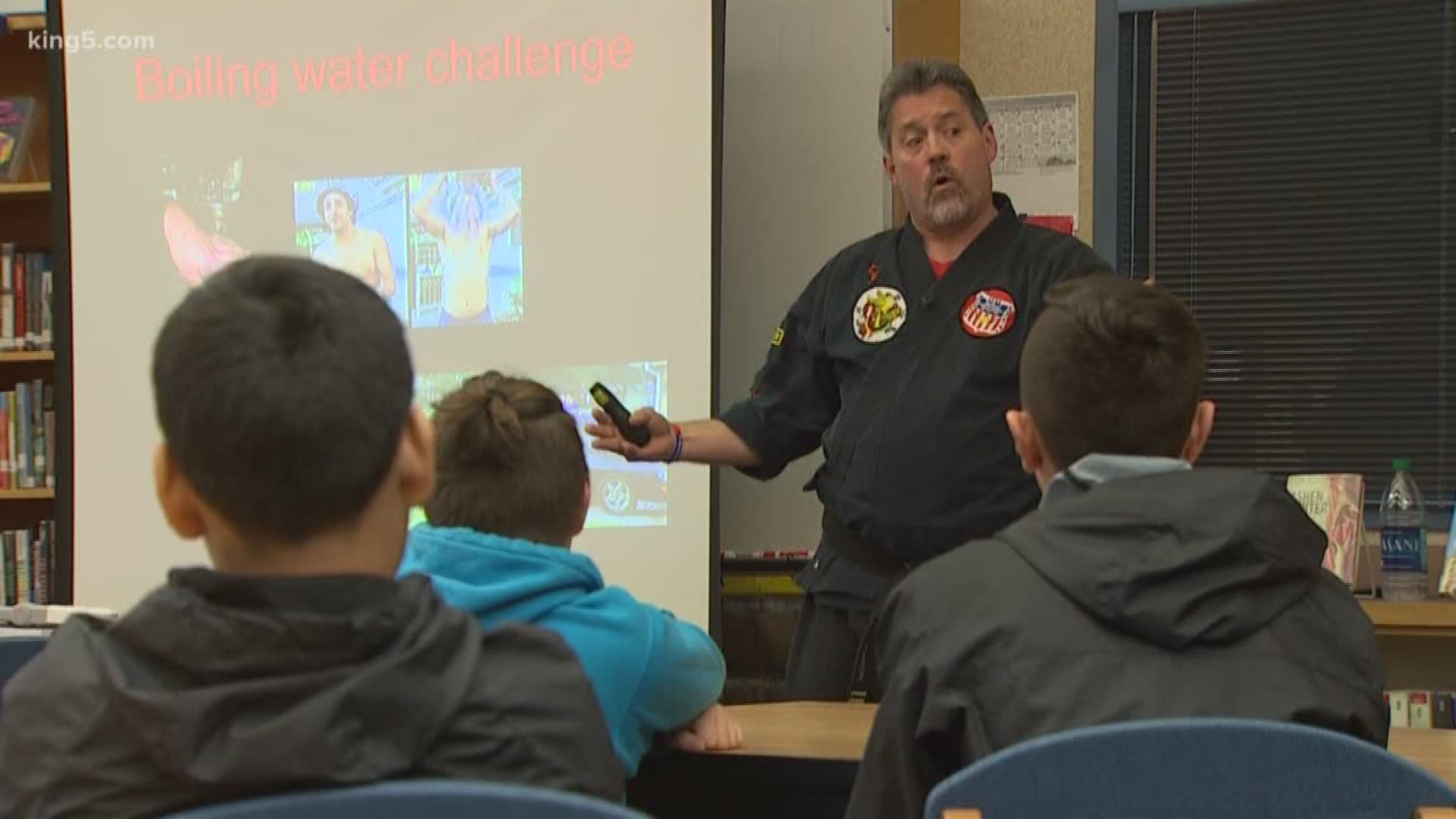 LA CONNER, Wash. — On Monday, students at La Conner High School took turns breaking boards with their bare hands. It was part of a presentation to teach the teens about breaking the cycle of bad decision making.

The program specifically targeted peer pressure that encourages kids to take on dangerous "internet challenges." Among those discussed were "pass out challenge," also known as the choking game where kids cut off blood flow to their brains to get high.

Like most parents, Ken Tork had never heard of such a thing.

"We thought we had prepared our kids for everything that we knew about," said Tork. "We didn't know about this. I take it rather personal when it comes into my house and takes my kid."

Tork's 15-year-old son Kevin died while attempting the pass out challenge. It's something the family will never get over.

"It would be very easy to crawl into a corner and die, but if you're going to move forward in life you have to take that step,” said Tork.

He took that first step 10 years ago after Kevin's death by telling his story in schools.

Since then, the Internet has exploded with deadly challenges that encourage impressionable kids to do everything from dump boiling water over their heads to burning their skin with salt and ice.

"We want these kids to know that these dangers are real,” said Tork. “The injuries are real. The death is real.”

Tork has now told his story to some 20,000 students and has expanded it to talk about current stunts making the rounds on social media.

But the deaths continue.

That's why Tork promised long ago to never back down from this challenge because so much is at stake.

"I am not gonna say I did nothing. I'm going to say I did everything I possibly could to stop this and to make that change," he said.

Tork has developed a free, simple presentation that can be used by any school or organization interested in addressing this important subject. Click here for more information, or email ktork@ed4ed4all.com.