Alumni and current students of Garfield High School and Washington Middle School played at the Jazz Up Jackson Street event to help raise money for their programs. 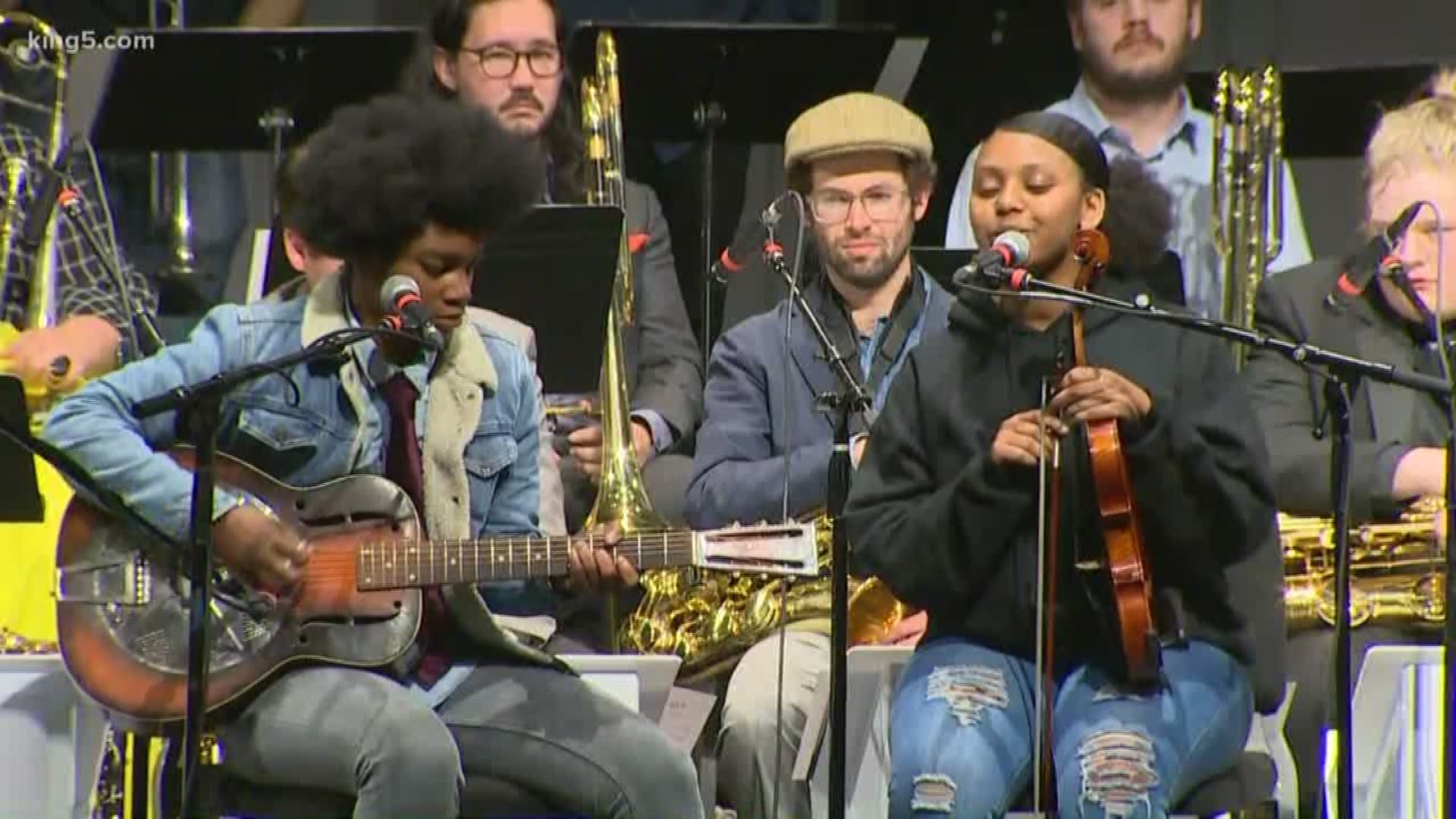 SEATTLE — Student musicians in Seattle’s Central District played together Thursday night to put on a show and help raise money for their school music programs.

Star-alumni and current students of Garfield High School and Washington Middle School joined with Earshot Jazz Festival to put on Jazz Up Jackson Street. It was a one-night jazz concert aimed at helping give more students access to music.

"We’re coming together tonight to not only celebrate the wonderful jazz program at Garfield but also to raise money to build a more inclusive program so that all students have a chance to participate in the great music programs at Washington Middle School and Garfield High School," said Caroline Platt, president of the Garfield Jazz Foundation.

"Music programs in the Central District have a long history of awards and national recognition that has helped create its legacy. However, the participating musicians have often represented only a fraction of the demographics in our schools," said Sessink.

"In the south end, we have a very diverse demographic in our school population and we know there are barriers to students participating," said Platt. "Tonight is really about not only celebrating the music and the wonderful performances of our students but also raising money to fund things like instruments, outreach, instruction and all the things that we need in order to make it possible for all kids to participate in the program."

The Jazz Up Jackson Street was nearly sold out with over 620 tickets sold. Those sales weren't just from parents but also from community members who value creating an inclusive music program, according to Platt.

"My colleagues and I share a focused goal of building equitable and inclusive systems in the music programs at our schools in the CD, starting with Washington Middle School, which is a primary feeder program for Garfield" said Sessink.

Starting this year, all 6th grade Washington Middle school students will have a chance to enroll in a performing ensemble (Band/Choir/Orchestra). Proceeds from the Jazz Up Jackson Street event will go towards helping with the purchase of instruments, books, and instruction for that program.