AP exams are another glitch for Washington's class of 2020

Students across the country are saying they can't submit their tests and will have to retake them. 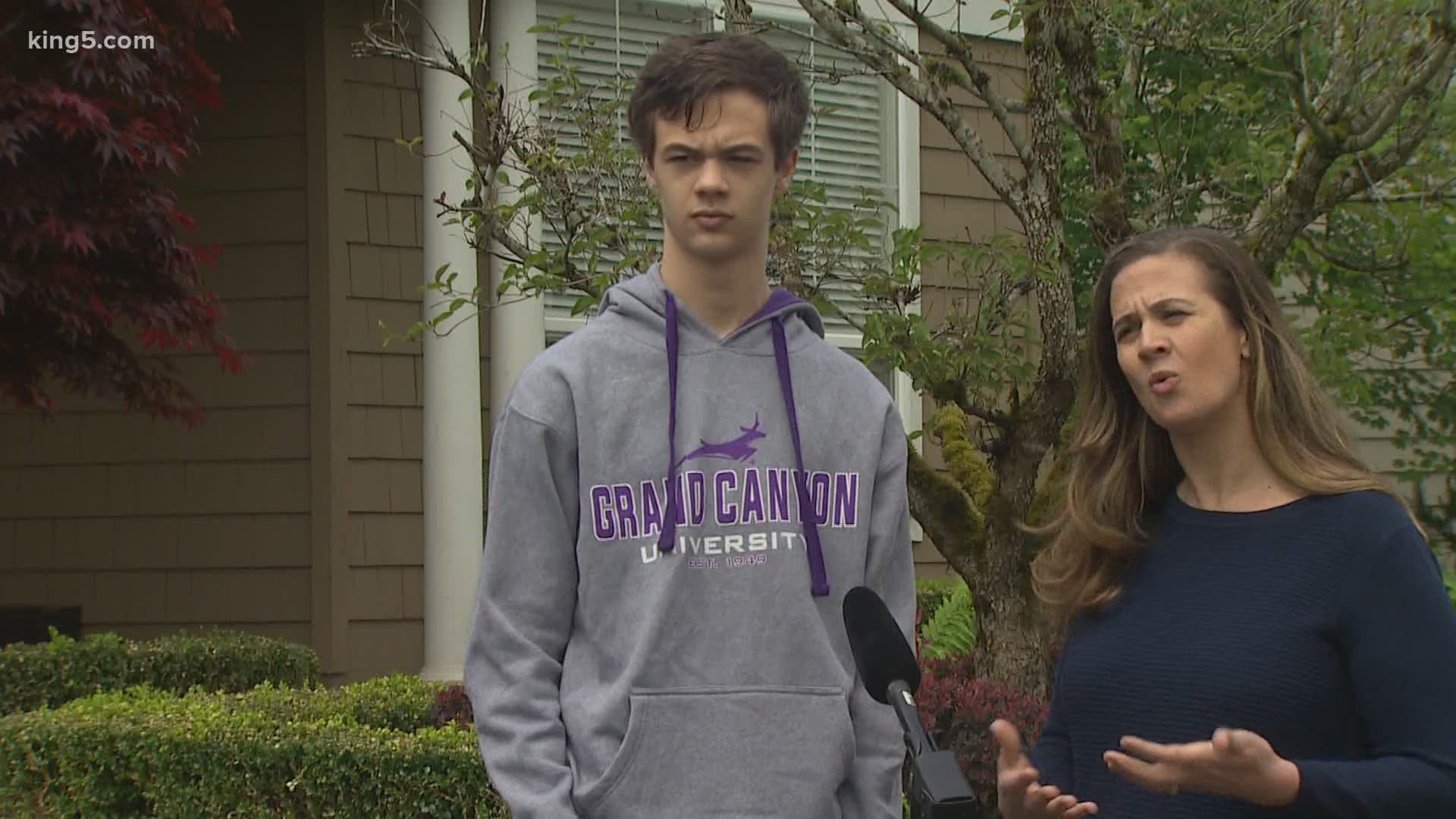 MILL CREEK, Wash — Along the road toward college, Rylan Casanova has experienced more than a few bumps.

Coronavirus canceled his prom, graduation and turned his future upside down.

"It's like the icing on the cake, but in a negative way," said his mom Marni. "The blows just keep coming. It's like, what else?"

The "what else" came in the form of Rylan's AP Physics test on Monday.

When he finished the grueling exam, he couldn't submit it -- no matter what he tried. Rylan even took a video on his cell phone to provide proof of his predicament.

"I was just thinking about, what will I do," he said. "Am I going to get a zero? Will I not get my college credit? What's gonna happen?"

The Advanced Placement tests Rylan and about a million more students are now taking determine whether they'll get college credit for work done in high school. The program saves parents thousands of dollars in tuition.

When Rylan's mom found out about the issue, she posted to Facebook and immediately found dozens of others experiencing the same problem. She contacted a company called The College Board that administers the tests and got a canned response.

When KING 5 called for comment Thursday, we were put on hold for more than 20 minutes and then abruptly disconnected.

"People really need to be accountable," said Marni. "I would expect Rylan to be accountable. That's one lesson he can take away from this and I think that's where College Board needs to step up."

Around 10,000 students have reportedly experienced the glitch and it still isn't exactly clear what caused it.

Rylan doubts that, since one of the two exams he took that day was accepted with no issues. Now, he has to make up the other test in June, but his mom wonders what will happen then.

"We don't know why it didn't submit. What's to say when you go to do it again in June you're not going to be met with same issues?"

On Thursday evening, a College Board spokesperson shared the following statement with KING 5:

“We share the deep disappointment of students who were unable to complete their exam – whether for technical issues or other reasons. We’re working to understand these students’ unique circumstances.”

It's just one more disappointment for Rylan and the Class of 2020.

His mom believes the biggest lesson he has learned through it all is resiliency.

"It makes me proud as a parent but it's really hard what these kids have had to endure this year."

RELATED: Survey: 20% of high school seniors likely not attending college next fall due to COVID-19

RELATED: Graduating seniors honored in Shoreline with a caravan celebration