SEATTLE – A new preschool that focuses on experiences of people of color will open in Columbia City in the fall. 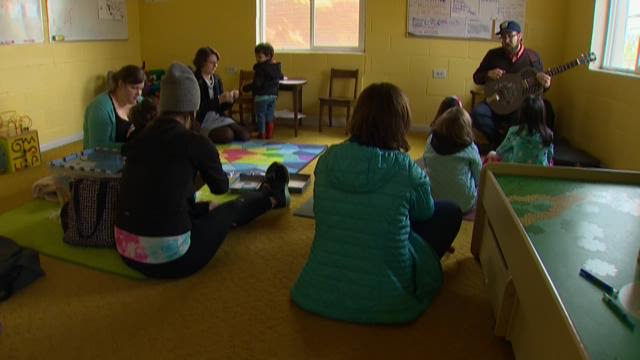 SEATTLE – A new preschool that focuses on experiences of people of color will open in Columbia City in the fall.

Teachers Benjamin Gore and Jasen Frelot have created a space in the back of Columbia City Church of Hope where early childhood education is centered around the stories of people of color. They're holding a series of community workshops, and they plan to open a preschool in fall 2017.

"We're looking to create the confidence that when these kids go into predominately white schools that they can bring counter narratives to the school," said Gore.

In order for that to happen the education has to go beyond the songs and books.

When the preschool opens, the discussion of race and racism isn't regulated to a month and isn't a notion of things past. Their curriculum is working to change biases through the stories that are untold.

Taryn Coe, a parent in Friday's workshop said she is ready for that task.

"I like the idea of these kids being exposed to role models that don't look like them,” Coe said. “And there's a lot of Disney princess culture that happens in our house, and they see white princesses and say, 'I want to look like that,' and I think it's really important that they see there are so many other ways they can accomplish things than being a white princess."