Macy’s closed its downtown Seattle location on Sunday after occupying the space for more than 90 years. 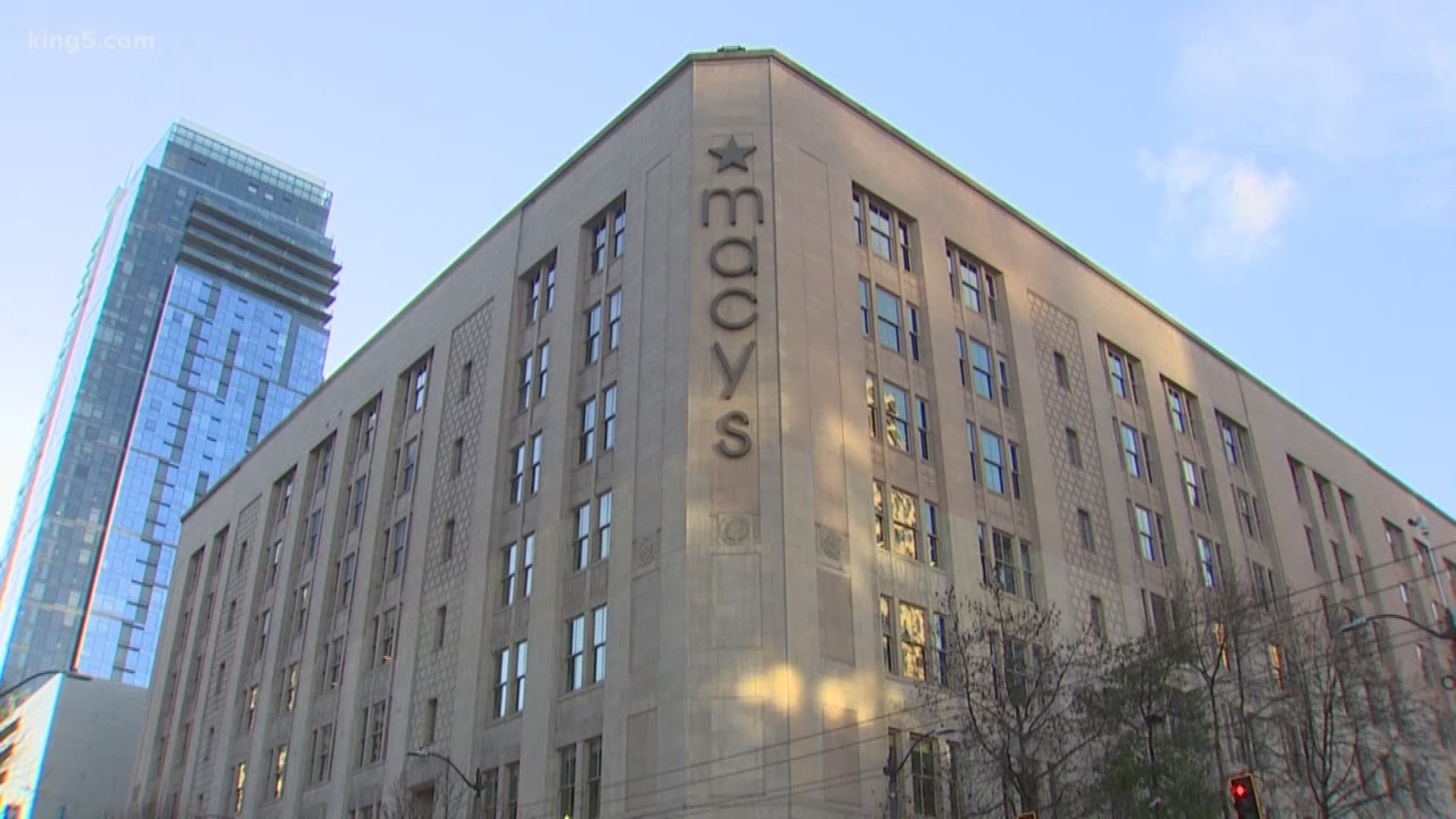 SEATTLE — The flagship Macy’s store in downtown Seattle closed its doors for the final time on Sunday.

The company announced last fall that it decided to sell the building and would close the store at the end of February. The historic building at 300 Pine Street has been a shopping destination for 90 years.

The name of the historic retailer spans across three stories of the building. Four letters that now represent what used to be inside the downtown Seattle building.

“Even from an architectural standpoint it’s a beautiful building,” said shopper Amber Simon.

On Sunday, everything that wasn’t nailed down inside the store was sold. But the clothing and shoes that once filled the store were long gone. Instead, fixtures, furniture, and equipment were all that was left to be sold.

What couldn’t be carried was rolled out of the store. There wasn’t even a store mannequin in sight.

The decision to close the store didn’t surprise some business experts.

“Every single physical retailer of this ilk is going to face these kinds of pressures,” said Sandeep Krishnamurthy, the dean of the University of Washington Bothell's School of Business. “The cost of doing business in a physical retail store, especially in prime real estate in downtown Seattle. The business logic of that is completely overturned."

Macy’s downtown Seattle location literally had an online shopping looming over its head. Two years ago, Amazon leased the top six floors of the building for 1,500 of its employees.

Ironically, many of the shoppers on Sunday were business owners themselves. Happy to jump on a deal, but at the same time, hoping their business doesn’t have a similar sale of their own one day.

“I got two of these for like $35 bucks. They’re like $800 carts,” said business owner James Nash. “OK, I’m going to say this. If you want to fill space in Seattle, all this retail space, you got to lower your price point for getting in,” Nash continued.

By the end of the day, a locked door represented the latest retail giant defeated in downtown Seattle.

While Macy's is moving out of downtown, it's not moving out of Washington state. The retailer will keep its stores in surrounding areas as the company works to develop and grow its online presence. 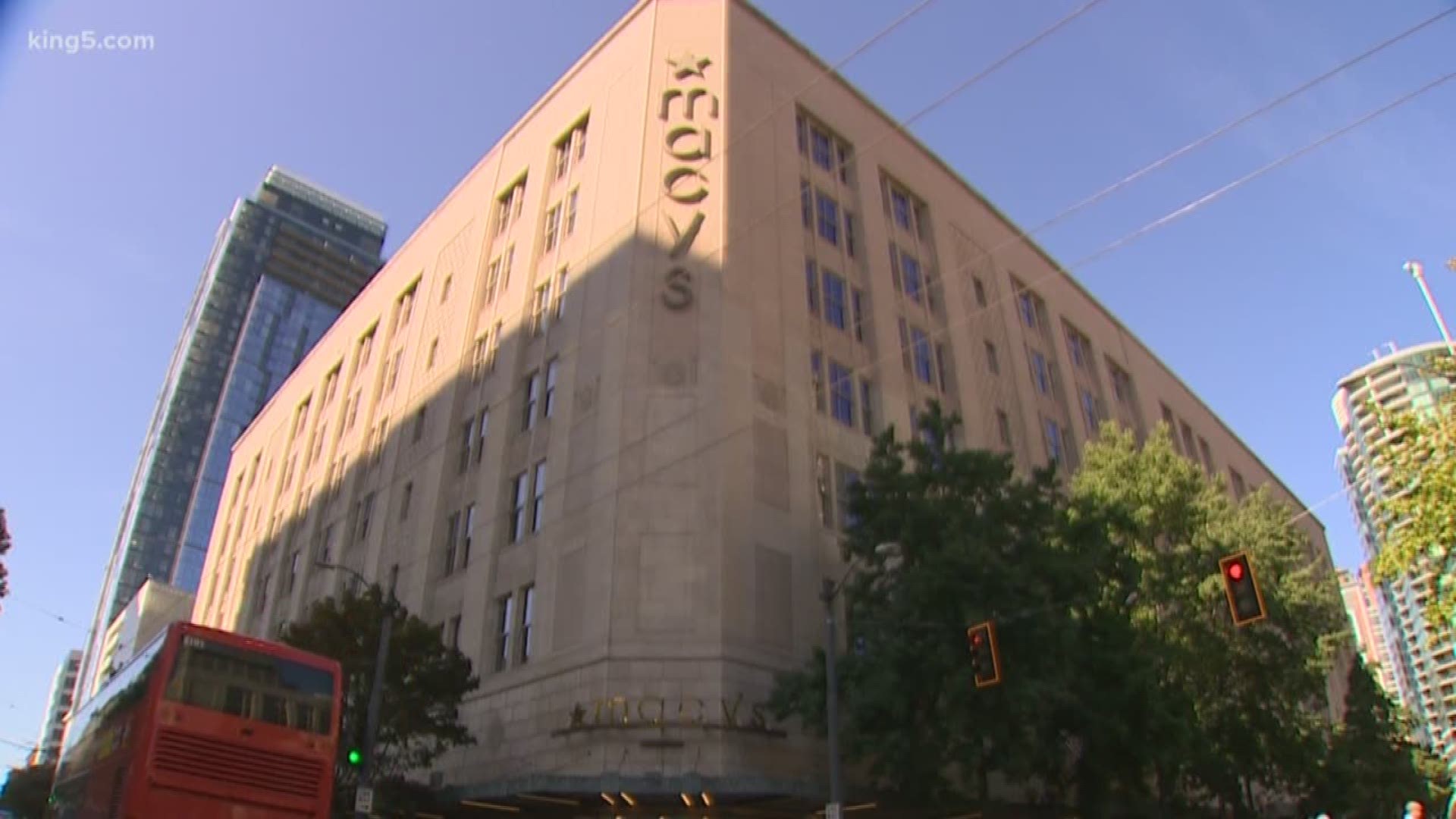