Crews will work day and night to get the state's famous bridges repainted and repaired in two years. 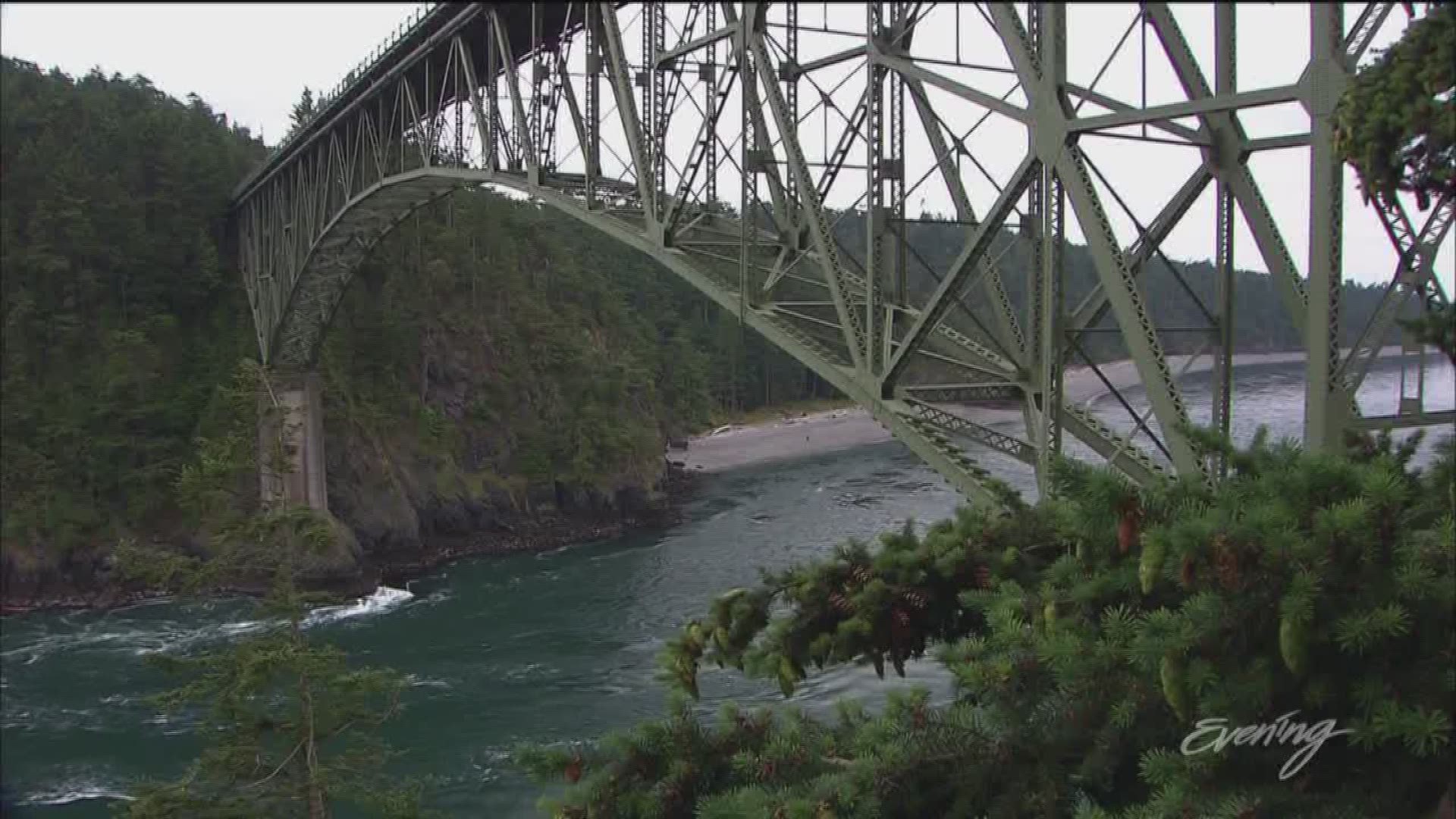 Editor's note: the video above was created in May 2018.

The Deception Pass Bridge that connects Whidbey Island to Anacortes is getting a face-lift.

The two-year process of repainting and repairing the Deception Pass Bridge began May 6.

On August 26, crews began sandblasting old paint off the bridge. The loud sandblasting work will go from 8 a.m. to 10 p.m. daily Monday through Saturday. The Washington State Department of Transportation said this work will take months.

Visitors to Deception Pass State Park should also expect the noise to sound like a rock concert, WSDOT said.

WSDOT officials said they plan for the work to be done over two construction seasons and anticipate the project will be finished in the fall of 2020.

Crews will repaint the bridge the same color called, “Evergreen Green,” but the new paint will be lead-free. They will also replace steel pieces of the bridge that have corroded from the sun and salty air.

Most of the work will take place under the bridge, which can be up to 200 feet above the water below, depending on the tide.

Crews will put up a containment system on the parts of the bridge as they go to keep paint and other debris from falling into the water. It will look like the tarps used when Seattle's Aurora bridge was repainted.

Traffic will be reduced to one lane Saturdays - Thursdays from 8 p.m. - 6 a.m. The noisiest work will happen during the day, when both lanes of traffic will be open.

Only one sidewalk will stay open while the bridge is being repaired. There will be some large equipment staged near the bridge which will limit the amount of parking for visitors who want to go out and take pictures from the bridge.

Visitors will still be able to access all other parts of Deception Pass State Park while the bridge is being repaired.

Related: The state park that will blow you away, Deception Pass is more than meets the eye

The repair is estimated to cost $22.6 million.

The bridges opened in 1935 and are the only land access to Whidbey Island. Before they were built, a small ferry ran between Yokeko Point on Fidalgo Island and Hoypus Point on Whidbey Island and it cost travelers $0.50 for a car and driver and $0.75 for bigger vehicles.

Over 18,000 people travel over the bridge every day.