The suspect is being held on bail after a judge found probable cause for the hit and run crash and stealing Officer Harris' car. 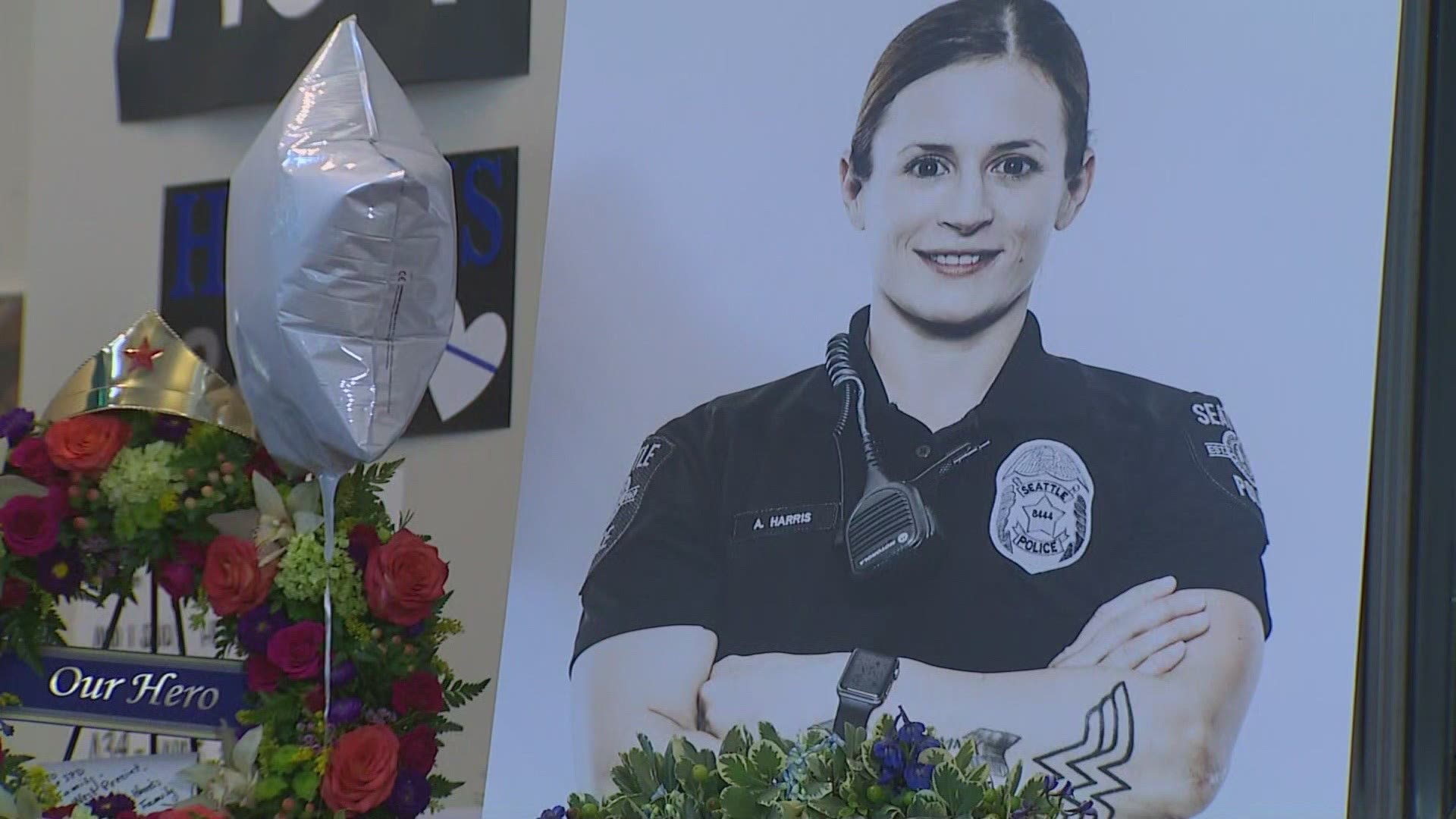 SEATTLE — A suspect accused of stealing the car of an off-duty Seattle police officer who was hit and killed while assisting with a crash is being held on $325,000 bail after his arraignment Saturday.

The suspect, 49-year-old Roger Lee Owens Jr. of Seattle, waived his right to appear. He was represented by his defense attorney, according to the King County Prosecuting Attorney's Office.

The judge set bail at $250,000 after finding probable cause to hold Owens for a hit and run crash, theft of Officer Alexandra "Lexi" Harris's car, theft of a firearm, first-degree unlawful firearm possession, and second-degree possession of stolen property.

The judge also held Owens on $75,000 bail after finding probable cause for unlawful gun possession and identity theft related to a separate incident for a total of $325,000.

The Washington State Patrol (WSP) and Seattle Police SWAT arrested Owens Thursday night at a hotel in Bellevue after he allegedly stole Officer Harris's car from the scene of a hit and run crash.

Harris was hit and killed on Sunday, June 13, after exiting her car to help with a three-car pileup on I-5 near Columbian Way.

The person who struck Harris stayed at the scene and was cooperative with police, according to WSP. That investigation is ongoing.

Owens was allegedly driving a stolen U-Haul when he rear-ended another car, causing a three-vehicle crash. After Harris stopped to help, Owens allegedly fled the scene in her car and abandoned it in the Georgetown area of Seattle. He is also accused of stealing her backpack, which held her police uniform, badge and gun.

A funeral date has yet to be set. The Seattle Police Department is planning Harris' funeral alongside her family.

A search of Owens' criminal history on WSP WATCH shows he has a history of arrests dating back to the 1990s on various misdemeanor and felony charges.

The charges include an arrest in 2012 for felony robbery, in 2010 for promoting prostitution, and most recently in March of this year for auto theft, possession of stolen property, identity theft and drug charges, according to the WSP WATCH transcript.

Owens' charges filed by the King County Prosecuting Attorney's Office (KCPAO) in March include unlawful possession of a firearm in the first degree, violation of the uniform controlled substances act with the intent to manufacture or deliver, and unlawful possession of payment instruments, according to KCPAO spokesperson Casey McNerthney.

On April 7, Owens posted the $50,000 bail that was set by a judge for those charges in March and was released, according to McNerthney.

Owens' court hearing on the March case is scheduled for August 19.