A Yelm man received $1,000 for an injury he claimed he got on the job, all while boasting online about a bar fight that investigators say caused the injury. 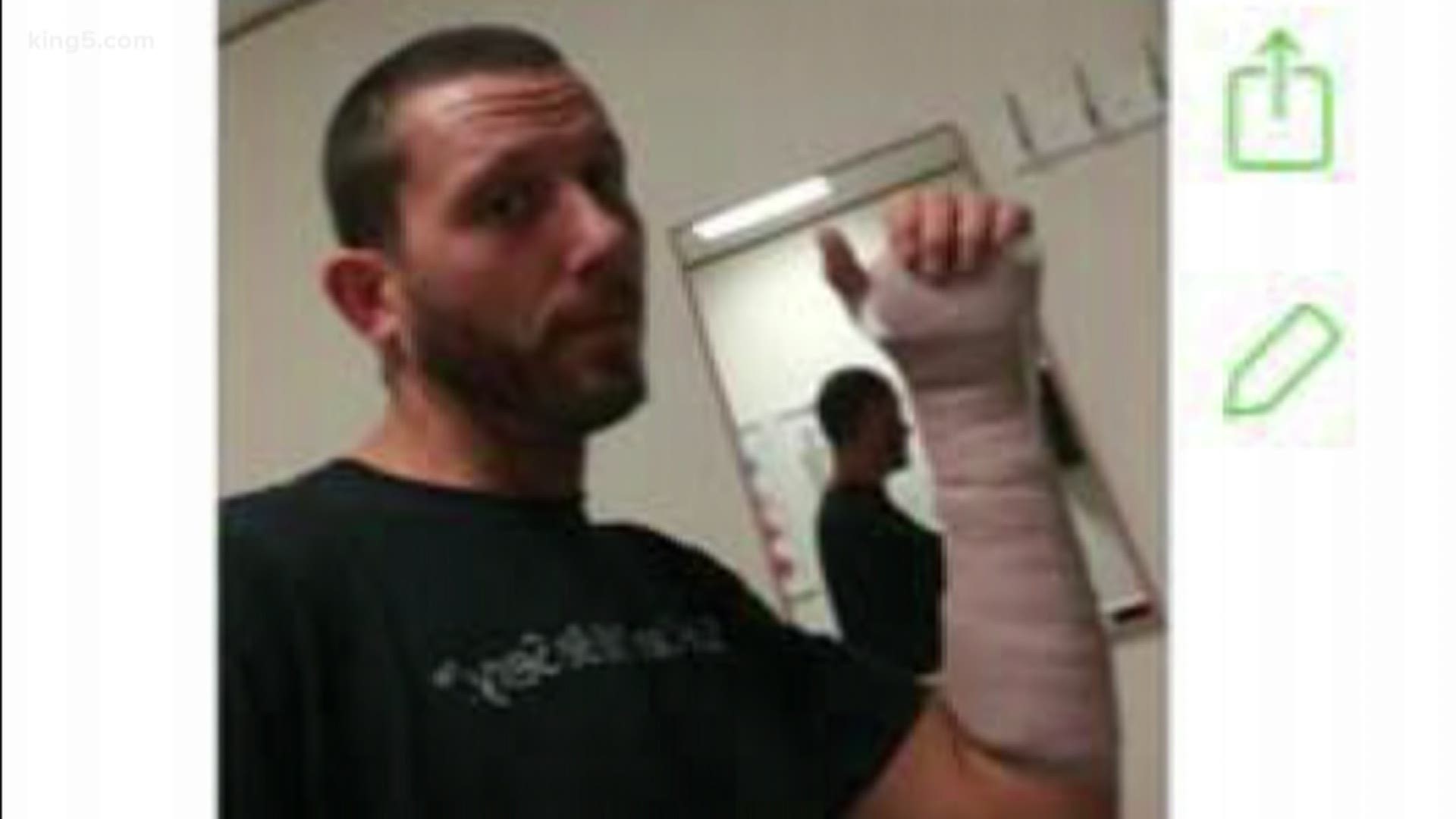 YELM, Wash. — A Thurston County man is accused of passing a bar fight off as a workplace accident after investigators found he filed a fraudulent claim to receive medical compensation for the injury.

Yelm resident Chuck Riccio filed a claim in fall 2018 that alleged he hurt his hand while pulling apart a shower unit at his job at a bathware manufacturer. Multiple witnesses confirmed Riccio got into a bar fight and hurt the hand after punching his opponent.

Riccio received more than $1,000 in benefits to treat the injury.

On Friday, a Thurston County judge issued an arrest warrant for Riccio. He was expected to be charged with second-degree theft but did not show up to court.

“It’s truly outrageous when someone blatantly lies and files a fake claim to try to game the workers’ comp system,” Assistant Director for Fraud Prevention & Labor Standards Chris Bowe said in a press release. “We’re here to help injured workers who are legitimately injured on the job so they can recover and return to work.”

Littlefield said social media pictures and posts have turned into a valuable place for investigators to look for evidence.

”Everyone has a camera in their pocket. Everybody's taking a video of and people are a little self-absorbed," said Littlefield, "So they want to post a lot about themselves, so it’s great for us."

Evidence obtained by investigators details text messages sent by Riccio indicating he knew exactly what he was doing, at one point texting a photo of his bandaged hand with the message, “Now L&I (Labor and Industries) will cover it.”

Riccio also posted on Facebook on Aug. 27 that he got into a bar fight.

If you suspect someone is cheating the workers’ comp system, contact Labor and Industry’s Fraud division or call 1-888-811-5974.