Sidewalks all over town have marks left behind by Lime scooters. The tires can leave a tangle of black streaks on the pavement. 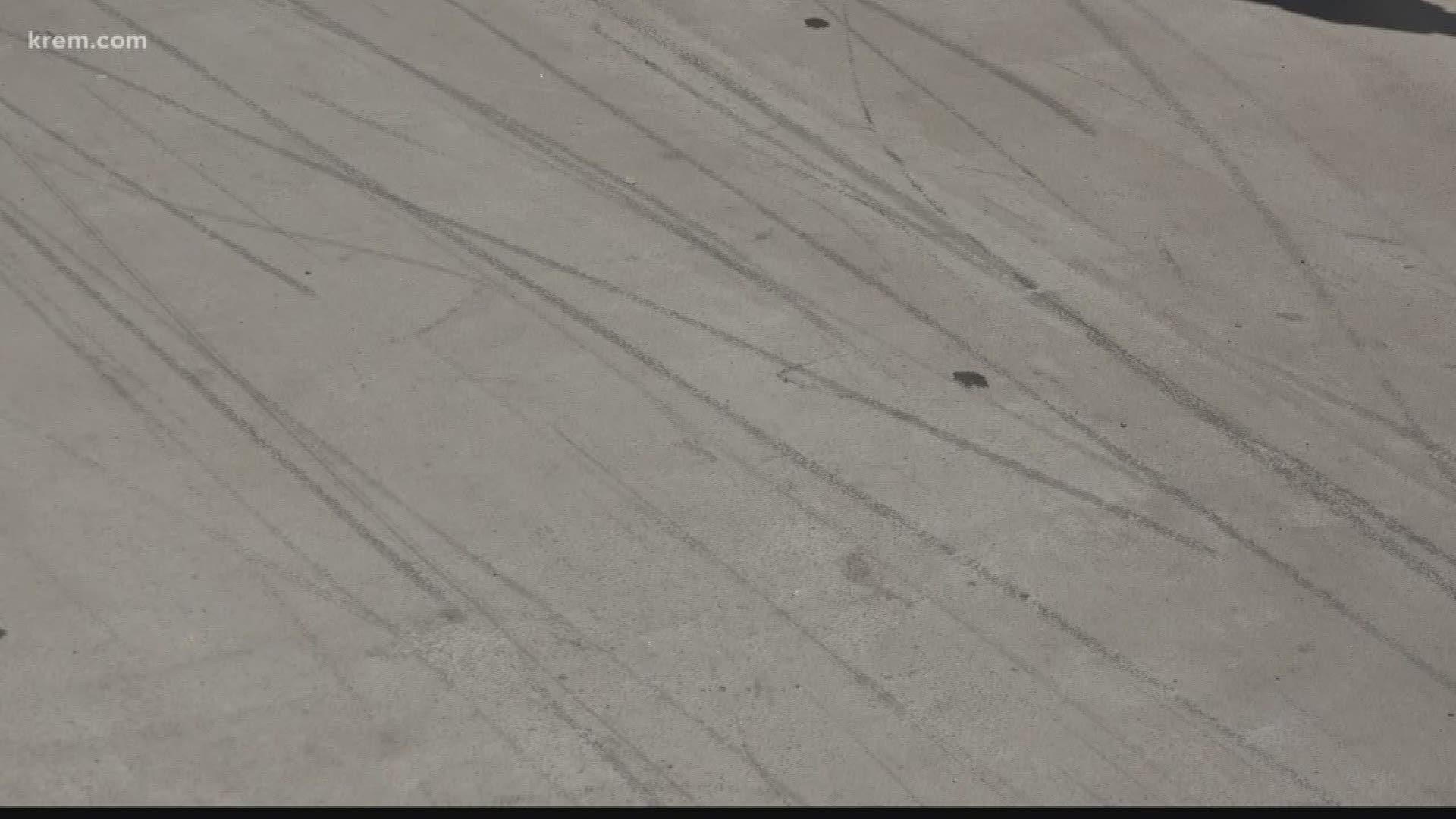 SPOKANE, Wash. — The tires from Lime scooters and bikes can leave a tangle of black streaks on the pavement all around Spokane.

Lime scooters have made their mark on Spokane in the last three months. They've been checked out more than 300,000 times.

"It's exceeding expectations, we're one of the hottest markets that Lime has right now, Spokane has just embraced it,” said Colin Quinn-Hurst, City of Spokane Pedestrian and Bicycle Planner.

They're a fun way to get from ‘point A to point B,’ but some people are leaving evidence of their path. Sidewalks all over town have marks like these from the scooters, that have been running around town since May.

Quinn-Hurst said he’s aware of the marks, but he also pointed out that scooters are not allowed on the sidewalk.

You may remember, the city council passed an ordinance banning riders from using Lime scooters or bikes on downtown sidewalks.

"There's a lot of people to watch out for on the sidewalk and you're just better off for everyone's safety to be in the street,” Quinn-Hurst said.

However, many people still take them on the sidewalks anyway. Some people say they feel safer on the sidewalks than they do on the roads. It's no wonder those squiggly black lines are all over, and it's one of the reasons why they want riders to stay off the sidewalks.

RELATED: No, you can't ride Lime bikes and scooters on sidewalks in Spokane

The marks come from user "burning out" or coming to an abrupt stop, but unfortunately sometimes it is considered vandalism. So who's responsible for cleaning up?

"If there's graffiti or bike skid mark that's the property owners responsibility and recognizing that is one other reason why we want people riding in the streets because the street is built for that kind of use,” Quinn-Hurst explained.

A maintenance worker in Kendall Yards said he's used to cleaning up the markings but they can be hard to remove.

KREM 2 reached out to Lime about the track marks. In a statement, they ask people to report users who vandalize property.

Vandalizing property is wrong and only harms those who rely on these vehicles everyday as an affordable, convenient way to get around. If anyone sees a Lime scooter that they suspect is being tampered with or vandalized, we ask that they please immediately report it to our 24/7 customer service team, available through the app, email (suppoty@li.me), and phone or text (1-888-LIME-345).

Spokane also has Lime patrols, the look out for people not following the rules and making sure users don't leave a trail behind.

RELATED: Here's why you won't get a DUI on a Lime bike or scooter in Spokane

"If you do have to use the sidewalk at any point, make sure you're going gentle and slow and taking care of the vehicle and your fellow pedestrians,” Quinn-Hurst said.

City officials said that in the first three months they've received 40 complaints and only one of those were about the marks left behind on sidewalks.