White supremacist propaganda activity on the rise in Washington

The Anti-Defamation League said that from 2018-2019, reports of white supremacy propaganda rose 225% from the previous year. 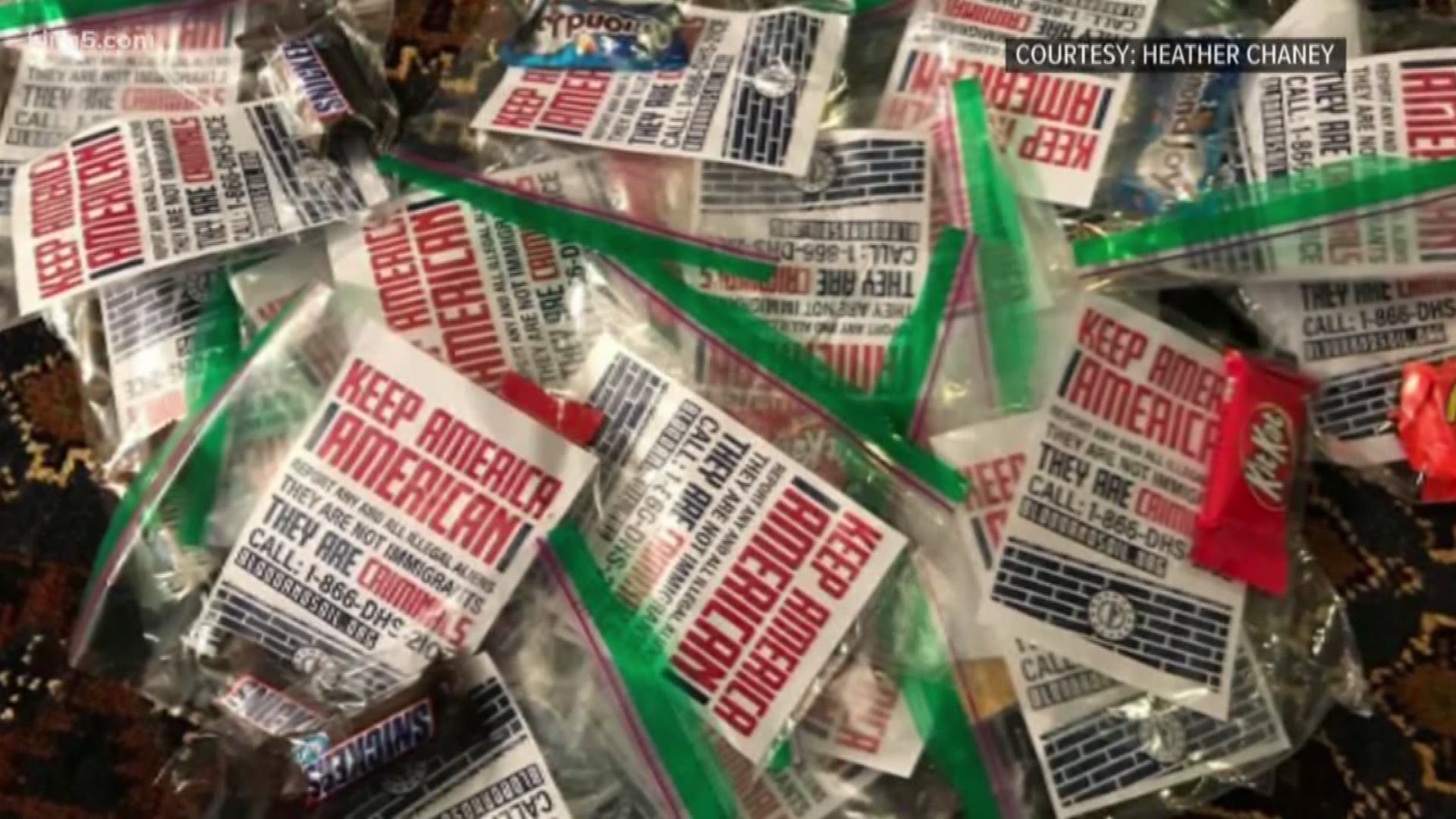 SEATTLE — Across the nation, reports of white supremacy propaganda doubled between 2018 and 2019, according to the Anti-Defamation League (ADL). The numbers for Washington state are even worse.

From 2018-2019, the ADL said reports of hateful propaganda, which include flyers and graffiti, were up 225%. These are record high levels for both the country and Washington state.

Miri Cypers, the pacific northwest regional director for the ADL, said the propaganda reports come from members from the community, as well as law enforcement and media outlets.

"Our state is on the front lines of this. That's the bottom line," said KING 5 Investigator Chris Ingalls.

Ingalls has covered the issue of hate groups in Washington extensively through his reporting on the Atomwaffen Division, a Neo-Nazi terror cell located in the state.

The ADL said the majority of propaganda they found was from the groups Patriot Front, American Identity Movement, and the Daily Stormer Book Club.

In 2019, there were a total of 2,713 cases of propaganda literature distribution nationwide, according to information from the ADL. The states with the highest instances include California, Florida, Kentucky, Massachusetts, New Jersey, New York, Ohio, Texas, Virginia, and Washington state, according to the ADL.

The fact that propaganda from these groups has doubled does not surprise Ingalls, but it does concern him.

"People are allowed to think what they want to think, but when they start putting their actions toward violence, that's when law enforcement comes involved," said Ingalls.

Hateful words can turn into that violence; something that Rais Bhuiyan knows all too well. The Seattle resident was shot in the face by a white supremacist when he was living in Dallas, Texas, 10 days after the 9/11 terror attacks. Bhuiyan said he was shot because of the color of his skin and his Muslim beliefs.

"My attacker shot me because his heart was filled with hate and ignorance and intolerance," he said.

Bhuiyan has now dedicated his life to teaching compassion and empathy through his non-profit World Without Hate. Bhuiyan said while the recent numbers from the ADL are surprising to him, they should also inspire one another to reach out and achieve understanding.

When looking at the 225% figure, Cypers said there are nuances. She said people nowadays are aware of propaganda and are looking for it. The added vigilance in our culture could be adding to the number of sightings.

Ingalls said vigilance like that is key and that the importance of reporting flyers, graffiti, or other signs of hate cannot be understated.

"That information could be crucial to putting a case together or to monitor them (hate groups) to see if there's a threat of violence," Ingalls said.