Father, daughter describe attempted carjacking on I-5 in Federal Way: ‘I was definitely in fear for my life’

A family is sharing the moments leading up to the arrest of a man whom they say pulled a gun on them on I-5 in Federal Way. 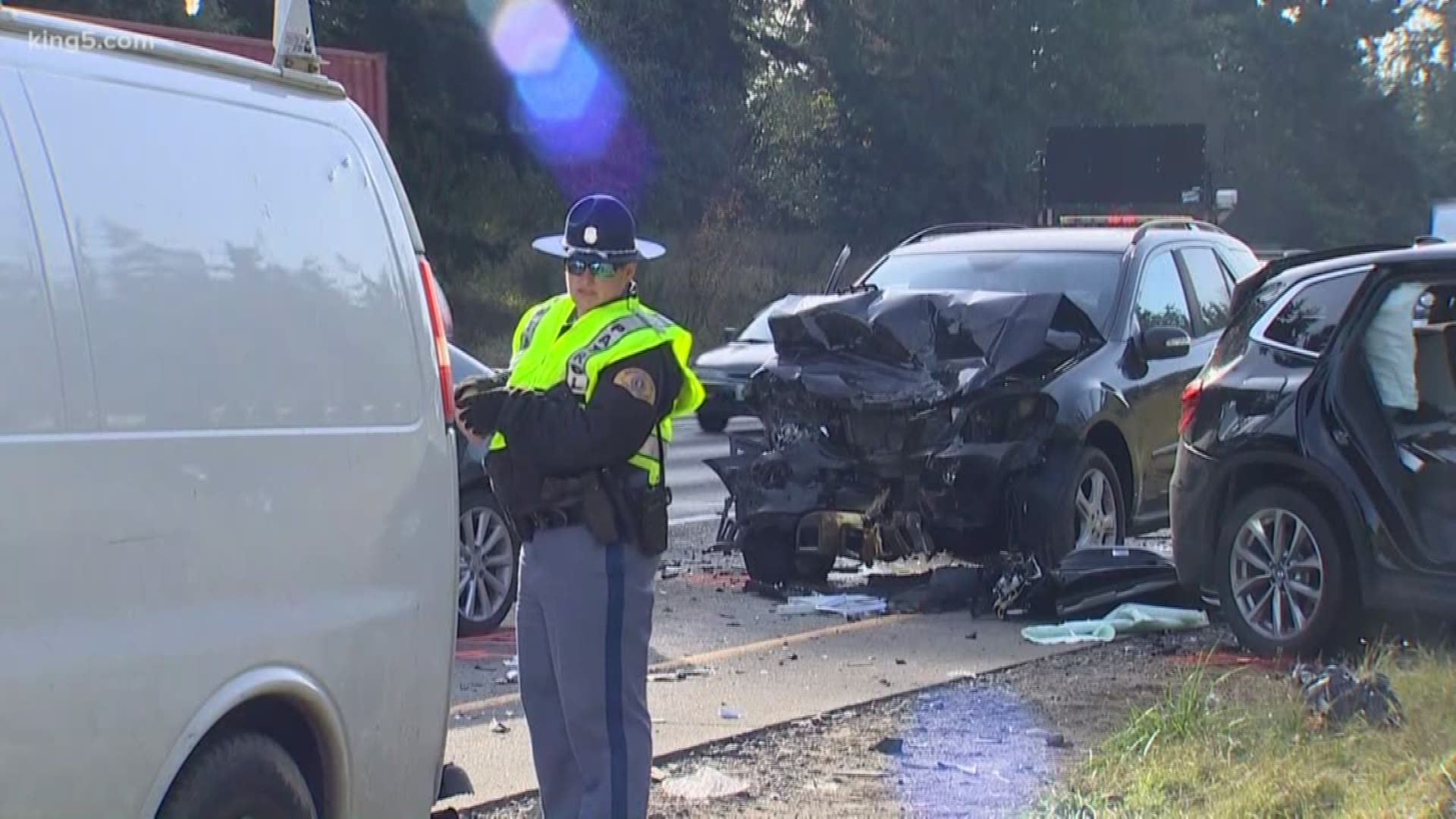 A family is sharing the moments that lead up to the arrest of a driver whom they say pulled a gun on them on Interstate 5 in Federal Way. It happened Thursday morning after a multi-vehicle crash that left one person with minor injuries.

Trooper Garcia was being driven to the airport by his daughter Aliya Garcia-Zocco when they heard a car crash right behind them. As they turned around, they saw a man running towards their vehicle.

At first, they thought the man might need help. But then Garcia-Zocco said they saw that the man had a gun.

“He came up and he grabbed the door with his left hand, and he had the gun in his right hand and had it pressed up against the window trying to open the door. He was looking straight at me," Garcia-Zocco explained.

Garcia-Zocco swerved into the shoulder on I-5 and drove. She said the car knocked the gun to the side as they drove away. A short distance later, Garcia-Zocco merged back into traffic as her dad was on the phone with 911.

“Most people would just freeze, however in that chaotic moment, that brief moment, she reacted pretty well. Because of her, we didn't get hurt,” Garcia said.

Washington State Patrol said the suspect tried to carjack multiple vehicles. Eventually, he was detained by other drivers and arrested by the King County Sheriff's Office.

Garcia-Zocco and her dad are grateful their car doors were locked, but they still feel rattled by the whole situation. They believe a guardian angel helped Garcia-Zocco react so quickly instead of freezing in a moment of fear.

“I was definitely in fear for my life, I've never felt like that before,” she explained. “That's not something I would want to re-live.”