WSP: 3 more vehicles struck by chunks of concrete on I-90 in Seattle

This comes just a day after a rock-throwing suspect was arrested on I-5 near Federal Way. 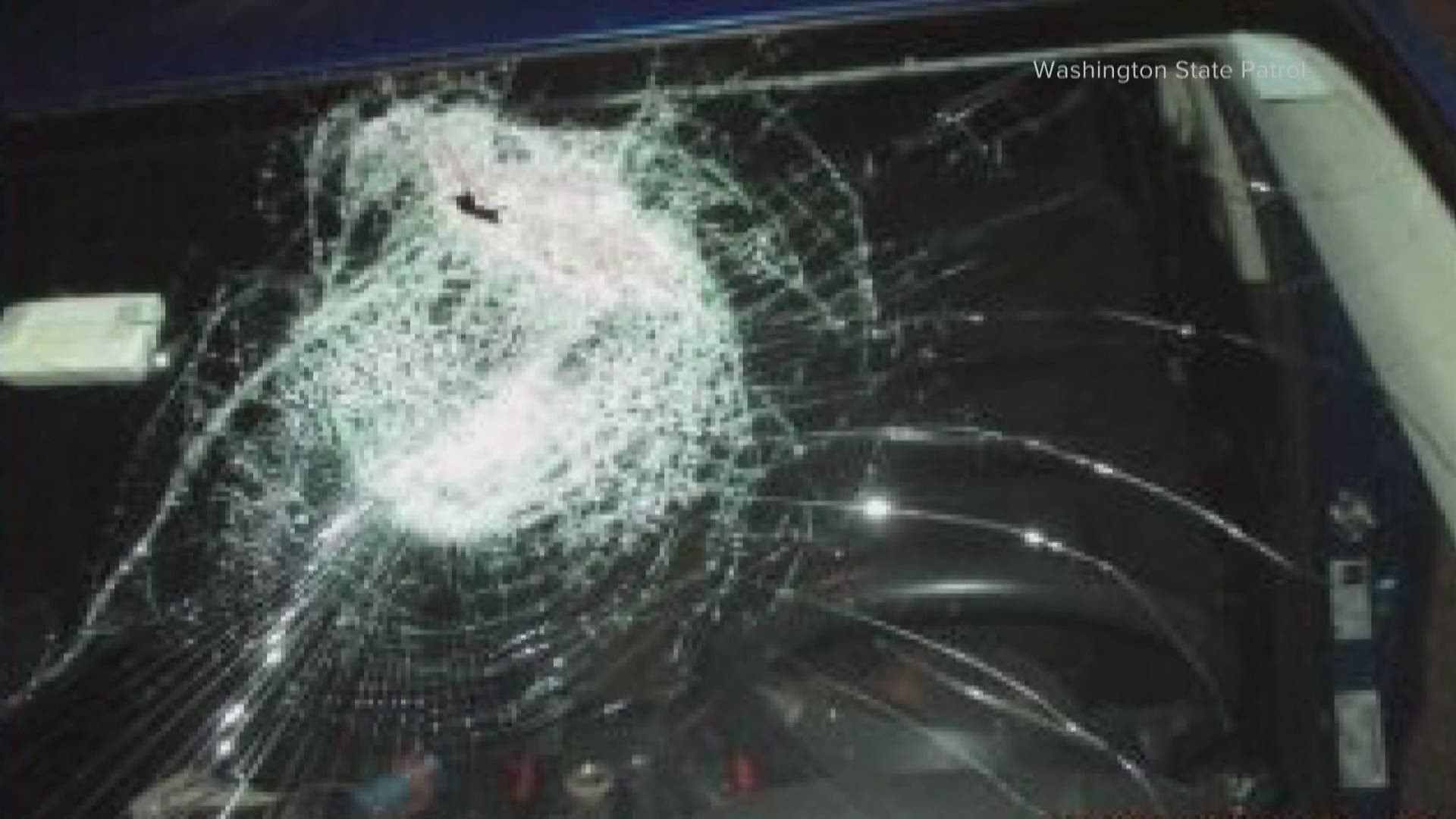 SEATTLE — A troubling trend for drivers in King County continues as three more vehicles were struck by concrete on I-90 Tuesday morning.

The Washington State Patrol (WSP) said three drivers reported their vehicles were hit with chunks of concrete while traveling on westbound I-90 around 5:25 a.m. All three vehicles were coming out of the Mount Baker Tunnel, near Rainier Avenue S, when they were hit, according to WSP Trooper Rick Johnson.

No injuries were reported. The WSP and the Seattle Police Department searched the area for a suspect, but no suspect was found.

This comes amid a string of rock-throwing incidents along I-90 and I-5.

"That area, yes. It's been more frequent than others,” Trooper Rick Johnson said. “That’s why it's the area we're concentrating on right now."

Johnson says Washington State Patrol is strategically placing extra troopers in the area. The Seattle Police Department is also dispatching their officers to the corridor to assist. WSP is using geo-mapping, while taking the common times of occurrence into consideration. Trooper Johnson says they are also using their aircraft, which is equipped with infrared cameras “which can follow someone after they commit this crime."

Even with the extra eyes on this stretch of road, cars keep getting hit, but Johnson says it's not for a lack of trying.

"It's always hard to be at the exact right place at the exact right time,” Johnson said. “I think as we continue to collect data on these incidents, I think we're getting closer - I mean, we've made a couple of arrests - but we definitely aren't done."

Washington State Patrol is working with the King County Prosecutor's Office to build cases against the suspects. This week, they plan to meet, along with the Seattle Police Department, to discuss how to keep battling this ongoing risk to drivers.

In the meantime, Johnson says drivers need to be alert at all times.

"One of the things you could possibly do is move over to the further left lanes.”

He says most of the incidents involve objects being thrown from the right side of the road. Trooper Johnson says, if you see someone along the side of the road, call 911 and tell authorities what you see.

Charges for this type of crime can range from a misdemeanor to a felony, according to WSP.