Jason Castleman had been with the Bulldogs program since September. 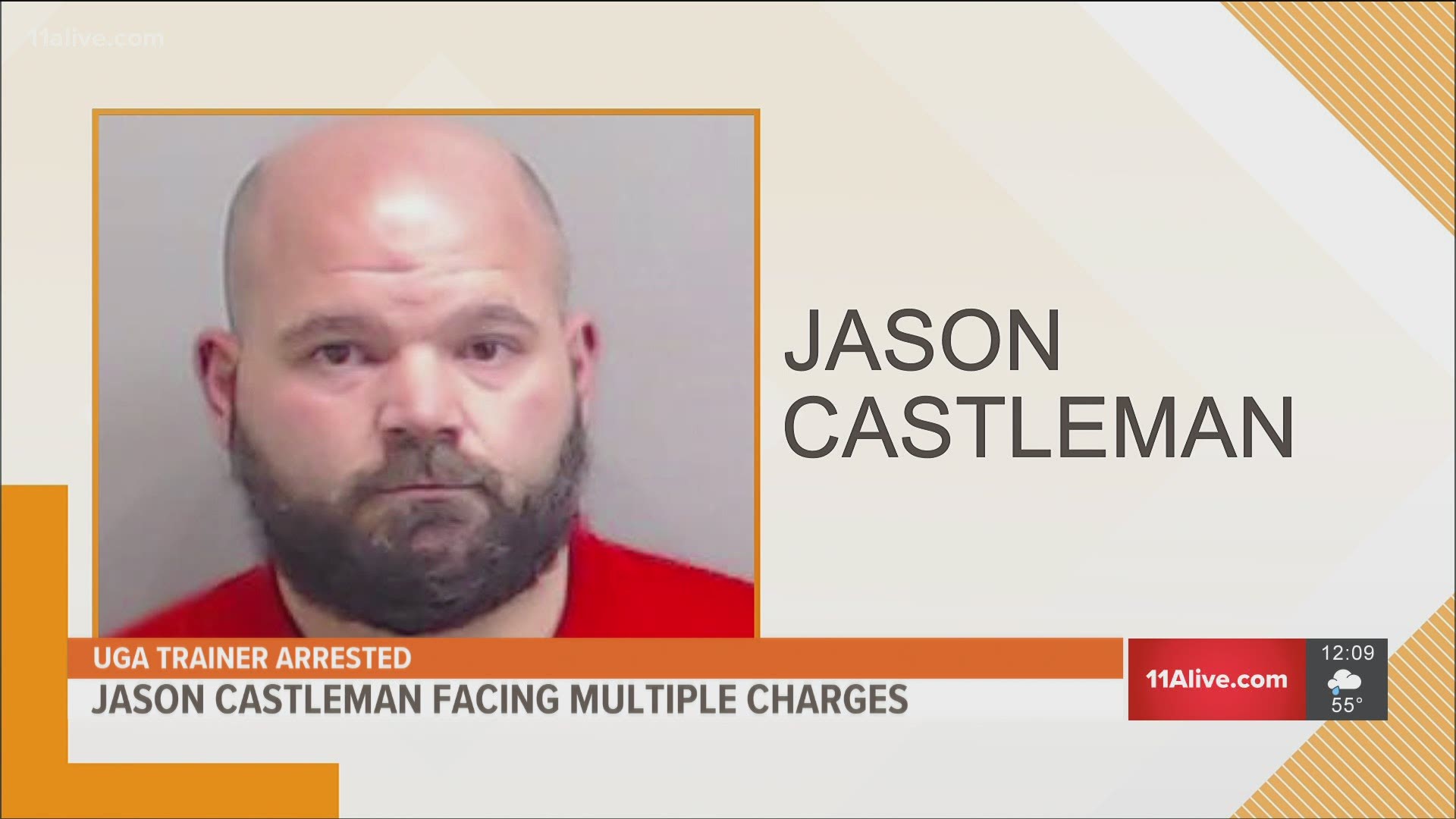 ROSWELL, Ga. — A University of Georgia athletic trainer has been fired and arrested for charges related to what police say was an obscene interaction he had online with someone he believed was a child.

Jason Castleman made his first appearance before a judge, Saturday, on charges that included the use of a computer service to seduce, solicit, lure or entice a child to commit an illegal act; obscene internet contact with a child, electronically furnishing obscene material to minors, and solicitation of sodomy. Two of the charges are felonies.

Roswell Police reiterated those charges, adding that they stemmed from "illicit conversations online with an individual Castleman believed to be a minor."

However, the department said they are unable to release specific information about how these charges were reached until Monday. 11Alive also plans to speak to the district attorney's office to learn whether Castleman will, in fact, face all of these charges at trial.

According to a now-removed biography page on the Georgia Bulldogs staff directory, Castleman, an associate athletic trainer, began his career with the organization in September of 2020. The page said he worked with the Bulldog baseball program.

The UGA Athletic Association released a statement to 11Alive on Saturday that read:

“The Athletic Association learned of the charges against this individual Thursday 2.18.21 and immediately terminated his employment with the University. Because this is an ongoing legal matter, we have no further comment.”

The Royal Oak, Michigan native previously worked as a member of the Central Michigan University Sports Medicine staff - primarily with their baseball and football teams and as an athletic trainer at Virginia Commonwealth University prior to that.

Castleman was allowed a $200,000 bond after making his first appearance on Saturday. If released, he is to have no contact with anyone under the age of 18. A follow-up court date has not yet been set.