The 10-week old boy was found deceased in his family's apartment. The child was being watched by two adult friends of his mother while she was traveling out of town. 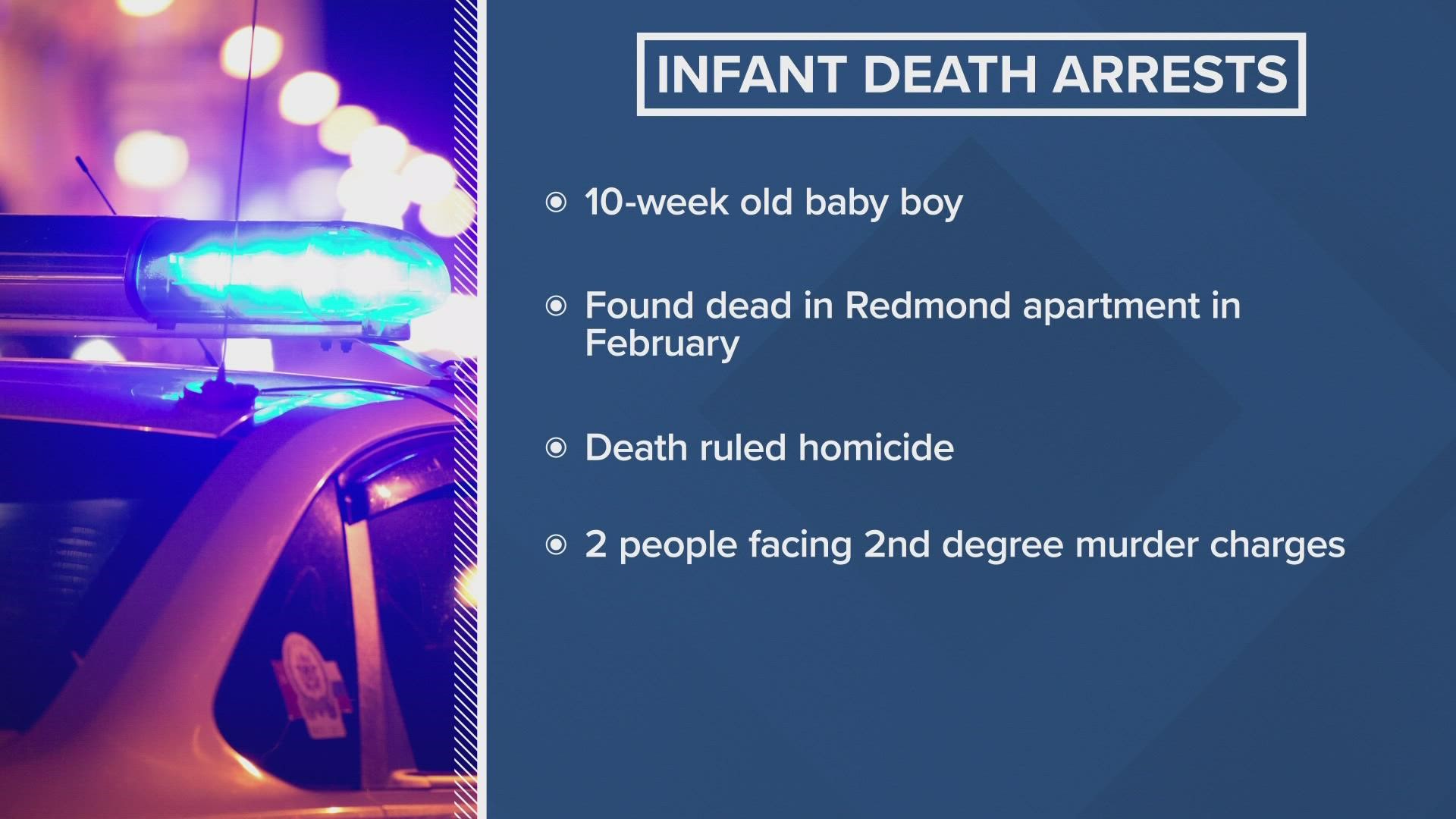 REDMOND, Wash. — Two people have been arrested for investigation of murder in connection with an infant's death in Redmond earlier this year.

The boy was later identified as Jazon Gregory and his death was ruled a homicide by the King County Medical Examiner.

The child was left in the care of two adult friends of his mother while she was traveling out of state, police said.

According to a statement Saturday from Redmond police, the months-long investigation into Gregory's death revealed facts supporting "gross negligence by the two adults responsible for the child's care."

The King County Prosecuting Attorney's Office released court documents Saturday that showed during the week the child was in the two adults' care, they chose to spend their money on marijuana instead of much needed formula for the child.

The child's health continued to decline while the adults did not make any attempts to seek medical attention. The child eventually succumbed to malnutrition and severe dehydration, court documents said.

The two adults have been booked into the King County Jail and are each facing a charge of second-degree murder. Their bail has been set at $1 million each, according to prosecuting officials.

Redmond Police Chief Darrell Lowe stated, “The death of an infant child impacts everyone in our community. I’m proud of our officers and detectives who worked on this difficult case as we seek to provide justice for Jazon and his family.”