Investigators say the motive remains unclear and they do not have a suspect. 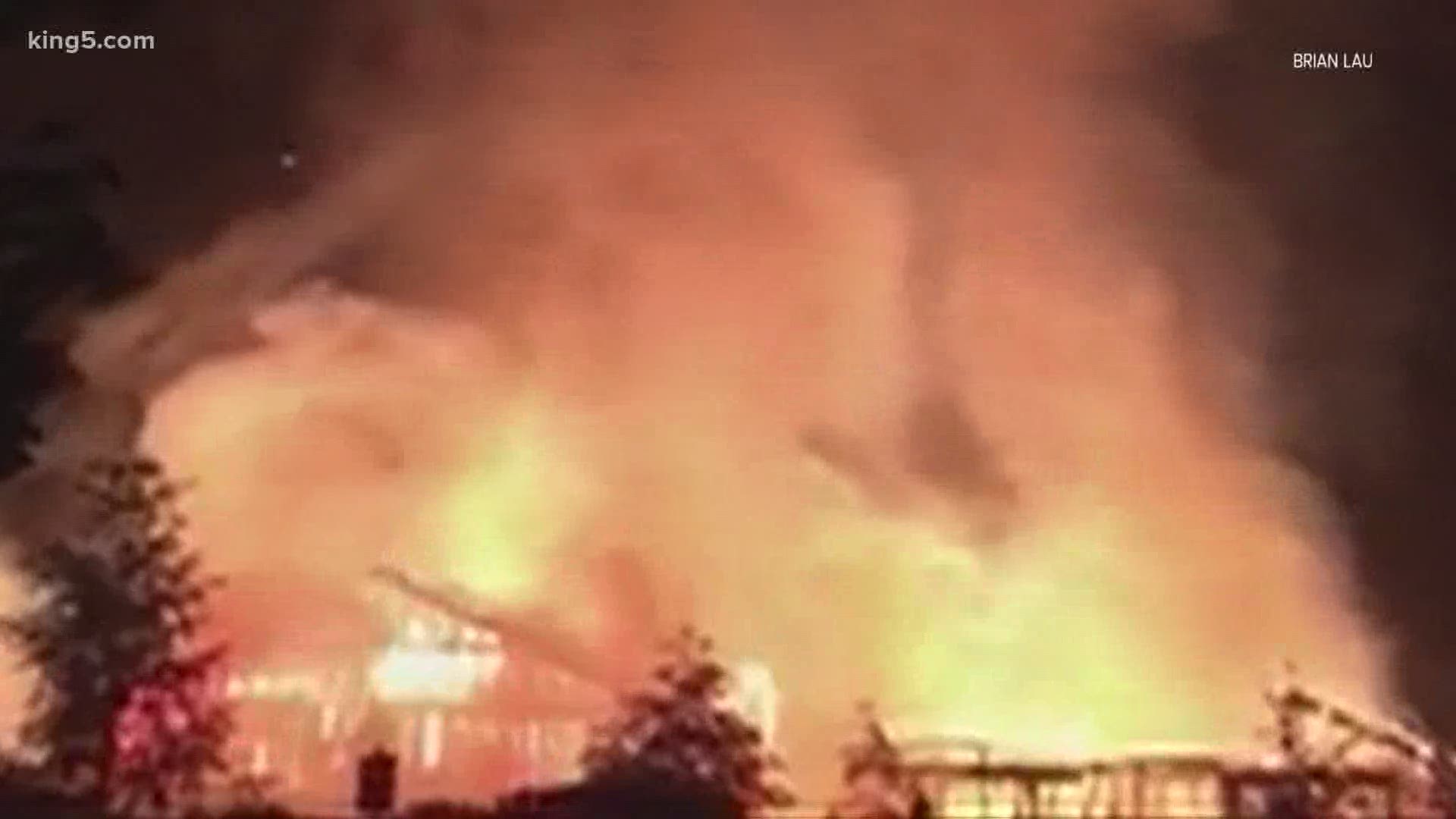 BOTHELL, Wash. — The fire that burned down two homes in Bothell was likely started by an arsonist, investigators said.

Investigators said the fire started around 9 p.m. Monday and it quickly spread from one home to a second.

Both houses were still under construction in the Jamison Estates development in the 3500 block of 226th Place SE.

No one as hurt.

Jiankai Yu was first to spot the flames and called 911.

He said the fire appeared to have started inside and immediately seemed suspicious.

"These houses were empty, unoccupied. I cannot really see how the fire was started without human intervention," he said.

The homes were easy targets: with no one living in the neighborhood yet, there were likely no witnesses, but there was plenty of tinder-dry, exposed wood to burn.

The heat from the fire blew out windows and melted fixtures on nearby houses.

While no one in Jamison Estates was in danger, another neighborhood, less than 100 feet up a small hillside, was full of families.

"If you left the fire unattended, I think these homes would all catch on fire and we would have a disaster," said Yu.

Fire investigators were on the scene for much of the day Tuesday, looking for clues to how the fire started and who set it.

For witness Hemanth Kalathal, the most concerning question was why the fire was set in the first place.

"That's scary because I don't want people coming around setting houses on fire," he said.

Making matters worse was the fact that a glass door of the community's model home appeared to have been smashed out.

The property owner, D.R. Horton, said it is not aware of any threats or suspicious activity involving the development.

The homes were destroyed. The total losses estimated at approximately $500,000.

Despite the destruction, construction of the other homes continued undeterred on Tuesday.

"If it was intentionally set, I hope they friggin' get them," said Norm Patterson, who lives in a nearby mobile home park.

Anyone with information should contact the Snohomish County Fire Marshal at 425-388-3557.