Police said a man with a silver handgun entered the 7-Eleven on Crosby Boulevard in Tumwater around 4:45 a.m. Saturday and robbed the employee. 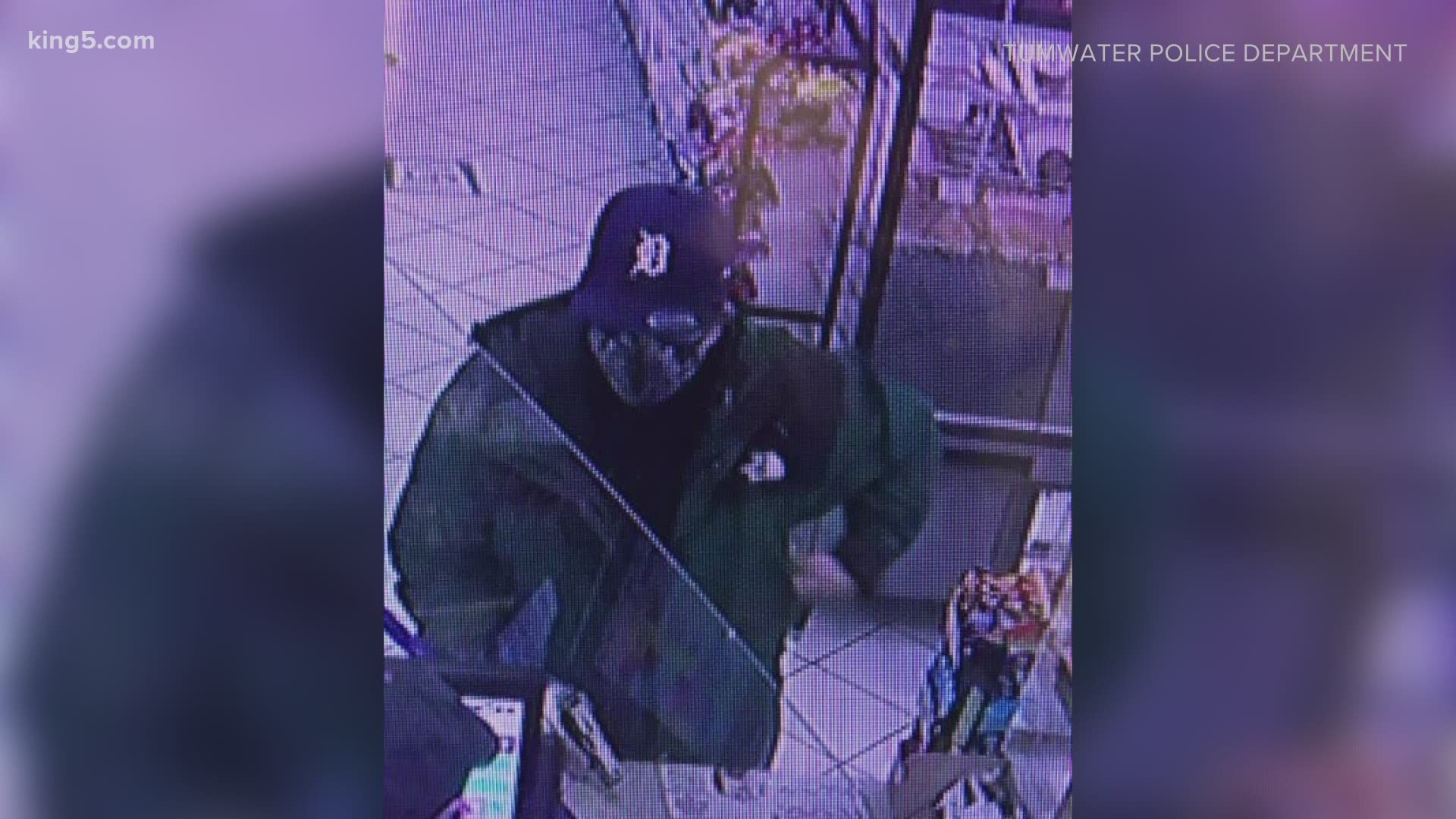 TUMWATER, Wash. — Police are searching for a man who robbed a 7-Eleven in Tumwater early Saturday morning.

According to the Tumwater Police Department, a man with a silver handgun entered the 7-Eleven on Crosby Boulevard around 4:45 a.m. and robbed the employee.

Police said the suspect then got into the passenger side of a black, four-door sedan and fled the scene. The vehicle was last seen getting on southbound Highway 101.

The suspect is described as having a light brown complexion and wore a facemask, police said. He was last seen wearing a forest green and black North Face jacket, dark-colored pants and tennis shoes. The suspect also was wearing a Detroit Tigers baseball hat and a wedding ring.

Credit: Tumwater Police Department
Police are searching for a man who robbed an employee at the 7-Eleven on Crosby Blvd in Tumwater on the morning of Saturday, November 28, 2020.