Tacoma Mayor Woodards says the officers should be prosecuted in the death of Ellis. Her call comes amid the outcry over the death of George Floyd in Minneapolis. 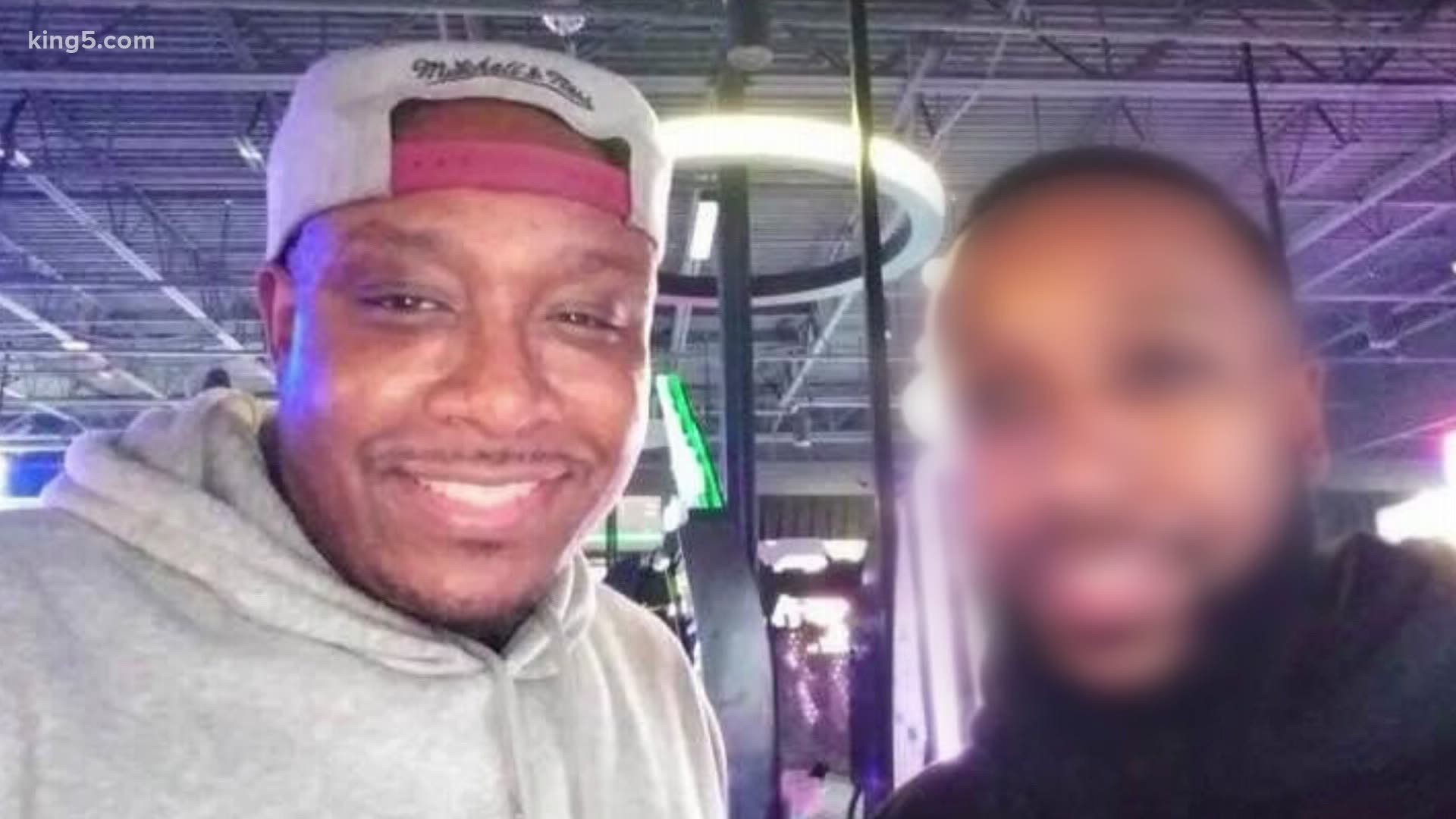 TACOMA, Wash. — Gov. Jay Inslee says the state will conduct an independent review of the investigation and any charging decisions related to the death of Manuel Ellis, a black man killed while in Tacoma police custody in March.

Hundreds of people gathered in Tacoma Friday night in protest of Ellis' death and the death of George Floyd in Minneapolis police custody, which has prompted global demonstrations. 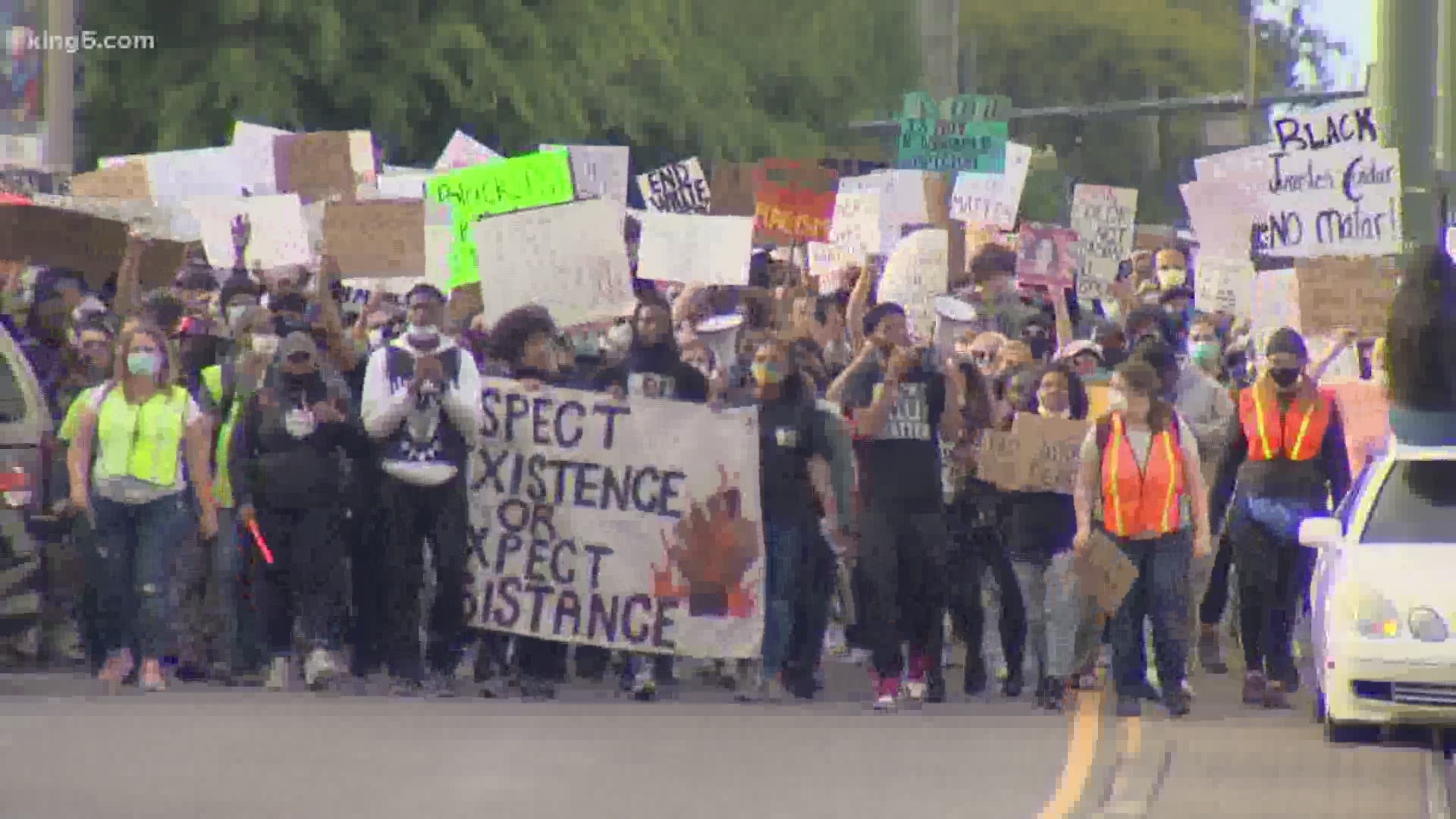 In a statement Friday night, the governor said, in part, "I’ve been told the Pierce County Sheriff is close to completing the investigation his agency is doing on behalf of the city. That report will be forwarded to the county prosecutor, who makes the decision whether to charge the officers involved. We have no reason to doubt the work underway, and my decision does not in any way pre-judge an outcome, but the family of Mr. Ellis, the City of Tacoma, and every Washington resident deserves the confidence that an extra level of scrutiny will bring.

"I have spoken with Washington State Patrol Chief John Batiste and Attorney General Bob Ferguson. The patrol will review the sheriff’s investigation of the death of Mr. Ellis to ensure that a full and fair investigation has been concluded. After the prosecutor’s work is complete, I will formally grant the attorney general’s office the authority to review that work and determine whether any different charging decisions need to be made by the attorney general.”

Upon hearing Inslee's decision for an independent review of the case, Tacoma Mayor Victoria Woodards issued the following statement: "I am deeply grateful for the support Governor Jay Inslee has shown to the Tacoma community as we learned that the cause of death of Manny Ellis, who died while in the custody of the Tacoma Police Department on March 3, was determined by the Medical Examiner to be homicide. The City Council and I share Governor Inslee’s desire to work together toward a full and complete investigation into the death of Manny Ellis and seek ways we can forge lasting change in the justice system for the entire state of Washington."

Woodards said the officers should be prosecuted in the death of Ellis. Her call comes amid the outcry over the death of George Floyd in Minneapolis.

Authorities have said Ellis appeared to be suffering from some sort of breakdown when they approached him. They said he attacked officers who were trying to calm him down.

The officer can be heard twice saying, “Put your hands behind your back,” even as he appears to be on top of Ellis. The video was released Thursday by the racial justice organization Tacoma Action Collective.

The Pierce County Medical Examiner’s office determined this week that Ellis’ death in March was a homicide and that his cause of death was a loss of oxygen due to physical restraint.

In a press conference earlier this week, community organizers and civil rights leaders flanked the Ellis family as they demanded a prosecutorial investigation by the state attorney general. 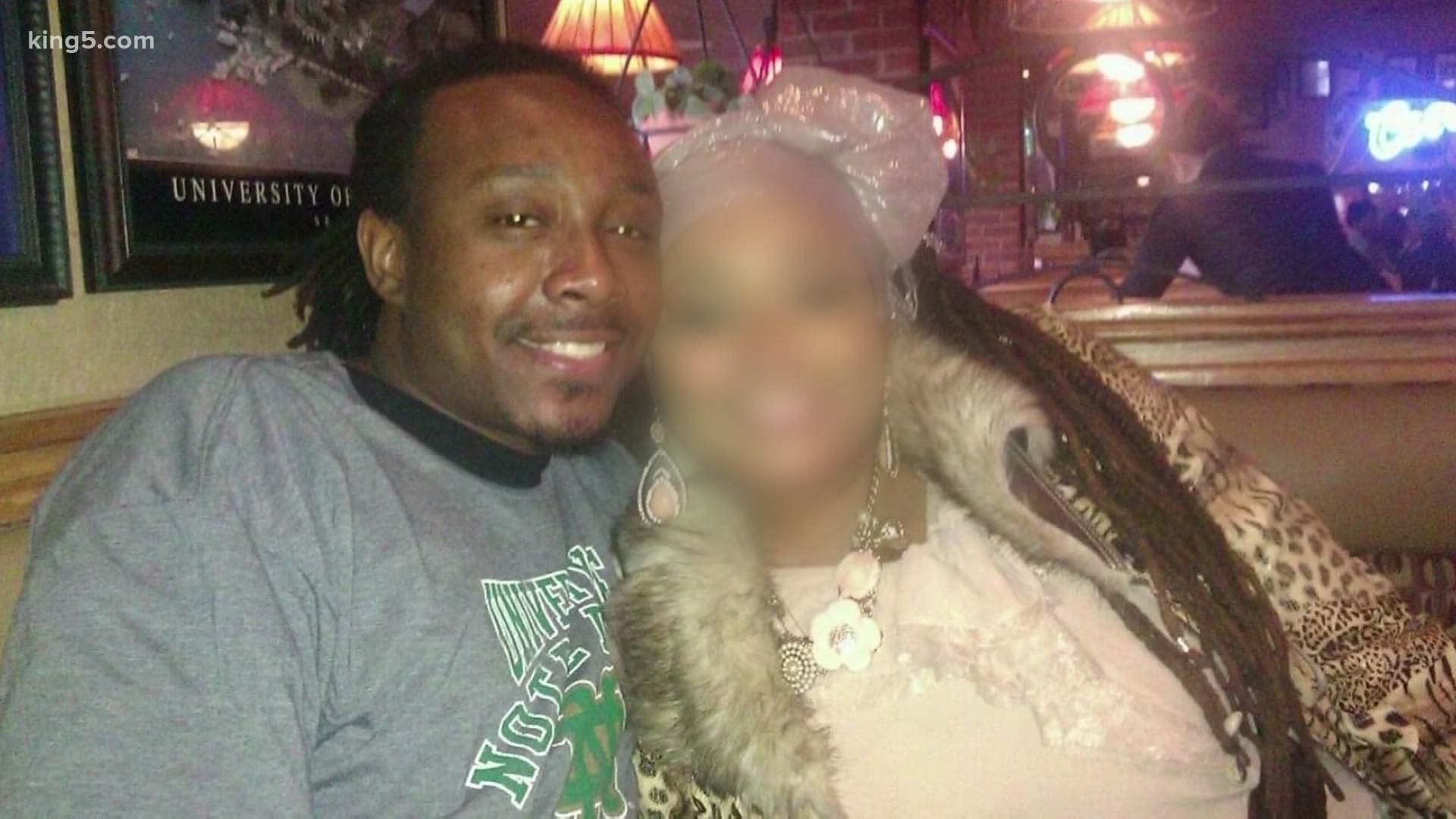 "Twice this week Gov. Inslee spoke on television about the possibility of another investigation or review of the Manuel Ellis case. He said Thursday that he was contemplating involving the Attorney General in this case to ensure independent investigation and review. It was not until late this morning that the Governor’s Office called me to say they were considering letting our local independent review process play out, and then decide later about calling for a separate investigation or review.

I informed the Governor’s Office I thought the best course is to grant the Attorney General concurrent jurisdiction on this case. Instead, his office tonight issued a press release stating his intent to let the local process play out, and then grant the Attorney General concurrent jurisdiction at a later date. I believe this is a mistake, and I told the Governor’s Office it is a mistake. The obvious question is: Why wait?

The Ellis family wants answers, and the greater community has great interest in this case. If the Attorney General were granted concurrent jurisdiction now:

It remains true that the best path forward is for the Attorney General to be granted concurrent jurisdiction in this case now. Taking a wait-and-see approach will mean he does not have the “complete picture” and full information he needs to make decisions about this case going forward. That will inevitably, despite reassurances I have been given to the contrary, delay this matter further.
The Governor has clearly stated that he intends to give the Attorney General concurrent jurisdiction in this case only after my review. The Attorney General’s determination about further investigation and review in this case should be based on the same evidence that I review. That is the proper way to reach such a decision. The structure of what has been suggested by the Governor looks like it sets up a Monday morning quarterbacking situation. That is not engaged leadership and it is not the way things should work in our criminal justice system.
I am disappointed that I have not heard directly from the Governor on this issue. I remain prepared to work with the Attorney General on the legal analysis, examine the evidence and investigation closely, and collaborate on the best path forward. The best option still remains granting the Attorney General concurrent jurisdiction now so the justice process is not delayed."