Court documents say the suspect shown on video shooting one of the victims after they got into an altercation in the parking lot of a sports bar.

Court documents say the suspect, 44-year-old Joshua Puloka, was shown on video in an altercation with one of the victims before the shooting. The victim swung at Puloka, who then began shooting as he fell down, according to documents.

Puloka shot the victim twice in the back as he ran away, killing him. Four other bystanders were shot, according to court documents, two of whom also died from their injuries.

The King County Prosecutor's Office is requesting the suspect be held without bail because "the defendant has a propensity for violence that creates a substantial likelihood of danger to the community," according to court documents.

Credit: KING 5
Joshua Puloka (left) and Demarcus Simmons (right) are wanted in connection to a triple homicide outside a Des Moines sports pub on Sept. 26.

Anyone with information on the whereabouts of Simmons should contact the DMPD Tip Line at 206-870-6871.

Officers gathered surveillance footage and continued to receive tips, saying on Sept. 30 that there were several “persons of interest” related to the incident.

A $5,000 reward is being offered for information that helps lead to the arrest of Puloka or Simmons through Crime Stoppers with the help of friends and family of one of the victims. 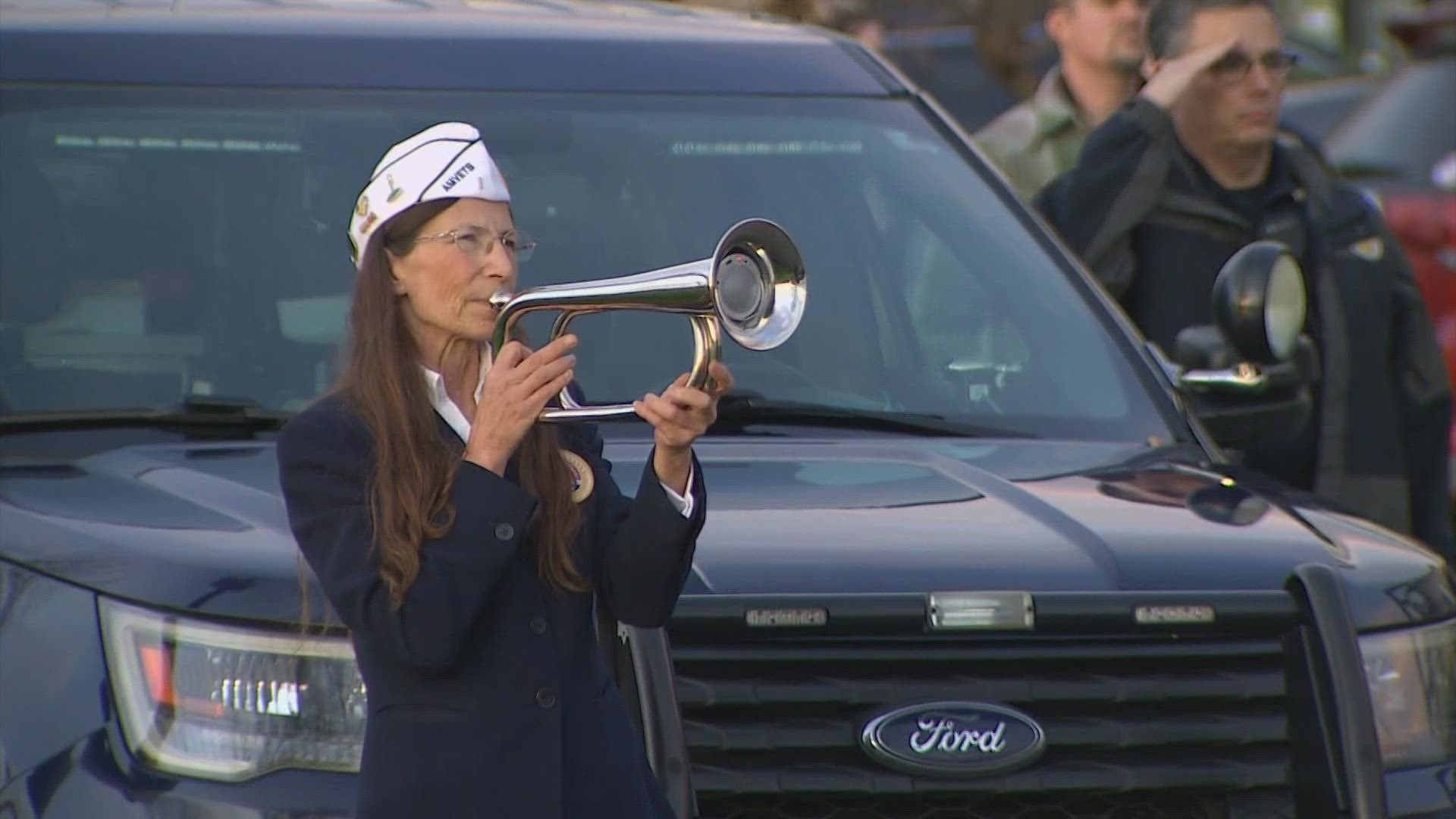