Suspect accused of killing girlfriend in southeast Austin turns himself in

The woman was found dead in a bathroom Sunday night at a home on Chaparral Trail Austin. 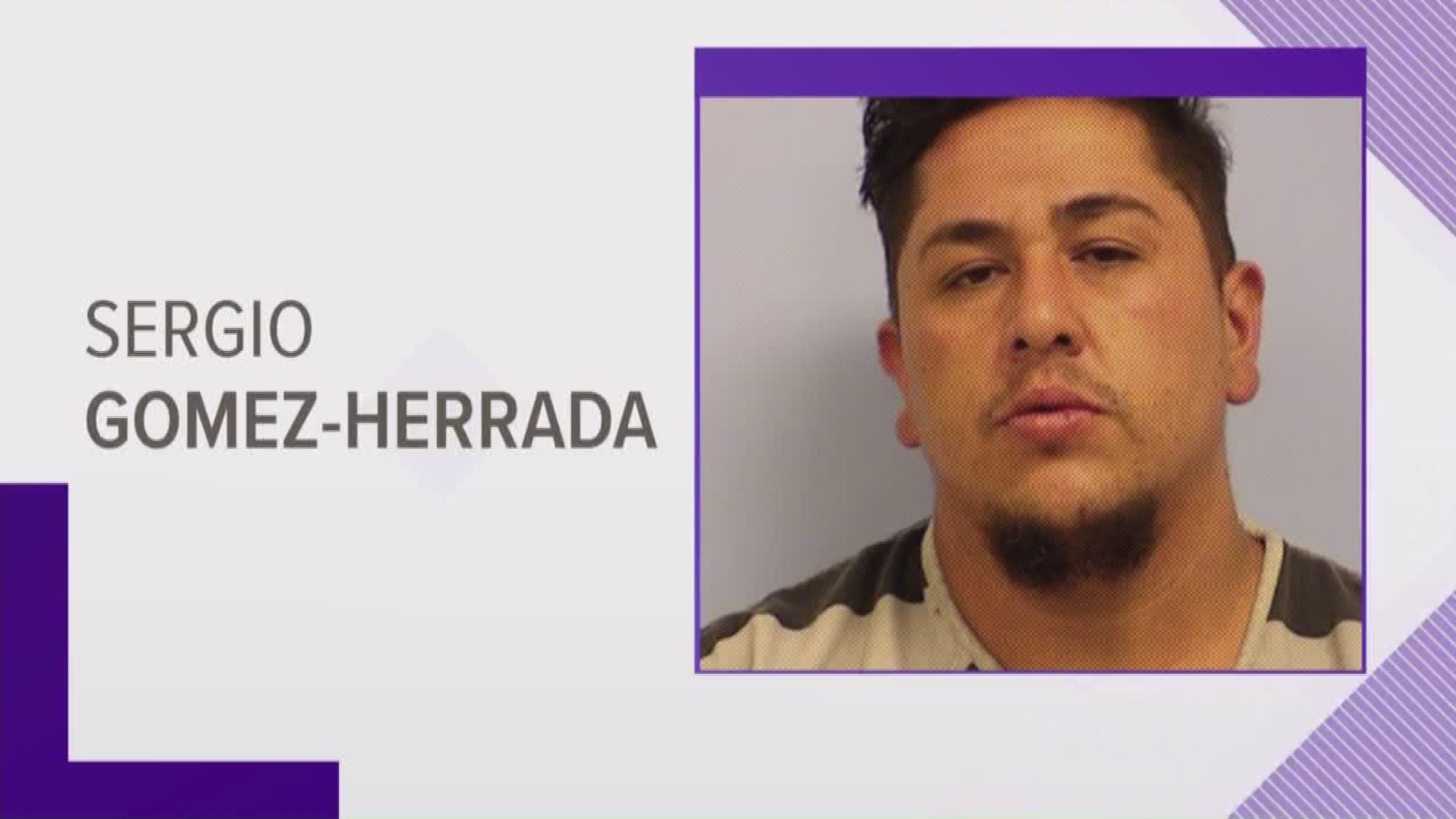 AUSTIN, Texas — A man who was wanted for days after being accused of murder after his girlfriend was found dead in her bathroom in southeast Austin has turned himself in.

According to police on Thursday, Sergio Jose Gomez-Herrada, 33, turned himself in Wednesday night and he remains in the Travis County Jail. His girlfriend was found dead on Sunday.

On Wednesday, police said they received information that the suspect was dropped off by a construction worker at U.S. 290 and Lexington in Manor, Texas, on Tuesday morning. Officials said he appeared to be asking for rides and he was believed to be armed.

Francy Vanessa Martinez's boyfriend, Gomez-Herrada, has been charged with her death, according to court documents.

On Tuesday, police said Gomez-Herrada was actively evading police with assistance from friends and relatives. They said those helping him may not have been doing so willingly.

Gomez-Herrada was last seen in western Bastrop County in the Lost Pines area. He is described as 6 feet tall, around 240 pounds with a large tattoo on his right forearm.

Gomez-Herrada reportedly obtained a firearm and was considered extremely dangerous.

On Tuesday, family and friends of Martinez were gathered outside of her home where KVUE spoke with Martinez's little brother, Erik Torres.

"She was like a mother to me," said Torres. "She was a wonderful mother, great sister and good friend."

Torres said he never really trusted Gomez-Herrada, but was still shocked this happened.

"I know that more time passes, more hard it's going to be because we know we're not going to see her again," said Torres. "Inside of me, I'm very, very angry that I can't do anything to find him, to bring him to justice."

According to an affidavit for Gomez-Herrada's arrest, police spoke with the woman's daughter the day after Martinez's death.

Martinez's daughter said that she had not seen her mother since Saturday morning. Her daughter said that she had noticed that her mother's red Toyota Camry was missing from her driveway when she got home from work Saturday night. After Martinez's death, the Austin Police Department asked the public to be on the lookout for her Camry. The vehicle was found Tuesday off of Ben White Boulevard around noon.

The daughter said that she got a text from Gomez-Herrada on Saturday saying that the two of them were going to be home late.

Her daughter said that by the morning of Sunday, her mother's car was still missing. She said she continued to call and text her mother and her mother's boyfriend all day, but didn't get a response. That's when her daughter called 911 to report that her mother was missing.

While waiting for officers to arrive, the daughter checked her mother's bedroom with her cousins' help. They discovered that the master bathroom was locked. One of the cousins was able to break into the bathroom, and that's where they found Martinez's body.

Police said they received a call shortly before 11 p.m. on Sunday about a woman down inside a residence on Chaparral Trail. When police and Austin-Travis County EMS arrived, they said they found Martinez in a bathtub with considerable trauma on her body. She was pronounced dead at 11:02 p.m.

Police began investigating her death as a homicide.

Police believe there is enough evidence to charge Herrada with murder in connection to Martinez's death.

Anyone with information about this incident is asked to call Crime Stoppers at 512-472-TIPS or text "Tip 103" plus your message to CRIMES or use the new Crime Stoppers App or email APD Homicide at homicide.apd@austintexas.gov. Tips can be made anonymously. You can also submit tips by downloading APD’s mobile app, Austin PD, free on iPhone and Android.

31 dead from 2 mass shootings in one weekend

How to donate blood that might be used to help El Paso, Dayton shooting victims