An eight-month KING 5 investigation led the state Dept. of Commerce to pursue litigation against a long-time charity. 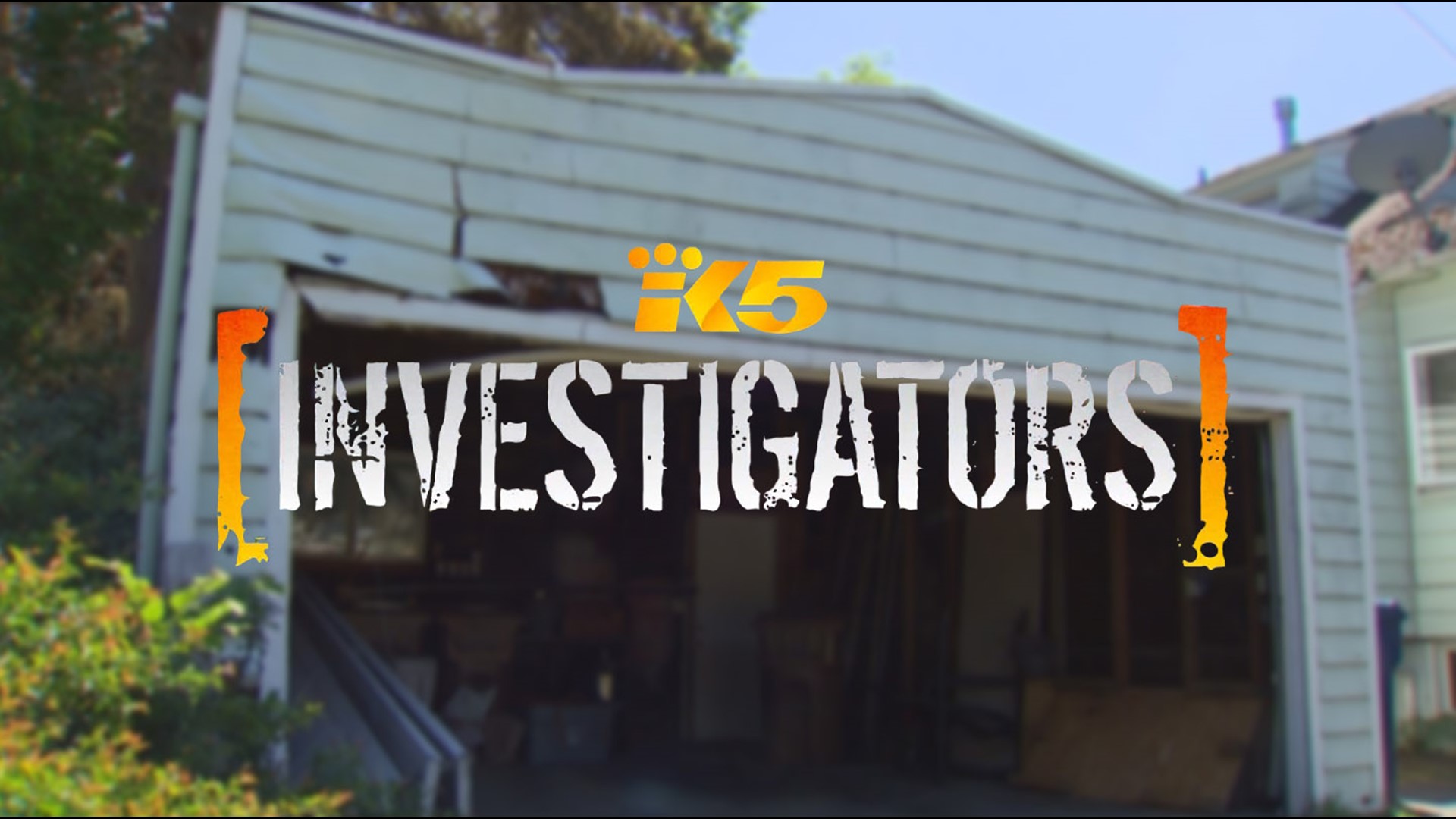 The move comes after an eight-month KING 5 investigation exposed thousands of dollars were siphoned away from the University Place nonprofit. The money was spent in local casinos, withdrawn from casino ATM machines and used for the personal gain of the woman in charge of the operation.

The Department of Commerce (Commerce) maintained a relationship with VIEW since 1992. At that time, the state awarded the charity money through the state’s Housing Trust Fund (HTF). The Legislature created the HTF in 1986 as the state’s taxpayer-funded way of providing affordable housing to residents across the state.

Commerce awarded the VIEW approximately $180,000 to buy four homes in Tacoma to house low-income veterans who participated in the charity's program. The funds came with strings attached, outlined in a 16-page contract. The commitments included maintaining the properties, submitting annual financial reports and not borrowing money against the homes without the written approval from Commerce.

But VIEW broke promises and violated conditions tied to that funding, according to state correspondence records and interviews with Commerce leaders. The charity failed to maintain the homes and borrowed roughly $1 million against the properties without permission from the state.

“One of the commitments they make is that they’re not supposed to take out new loans without Commerce’s permission. And in this case we find out that they did,” said Jasmine Vasavada, legislative and policy director for the Department of Commerce. “We see that as a violation.”

Vasavada said this is the first time in the housing program’s history that the state is suing a Housing Trust Fund community partner. Commerce representatives said the goal of the litigation is to have another nonprofit take over the housing that's currently owned and operated by the VIEW in an effort to continue to serve veterans in need.

“It’s an extraordinary situation for us,” Vasavada said. “Our mission is to make sure in this case (VIEW provides) transitional housing for 17 veterans. If the nonprofit is unable to live up to that promise, absolutely, it is our turn to take some action to do something about it.”

Since HTF began, the state has invested $1 billion into the program that currently houses 80,000 individuals.

“We take our stewardship role very seriously,” Vasavada said. “At the end of the day we are accountable to the state of Washington for the money that we oversee.”

“In August 2019, Commerce acquired additional information and records, in part disclosed through KING 5 reporting, that confirmed the agency’s hesitation and doubts about the VIEW’s intention and ability to abide by the terms of the contract,” Penny Thomas, Commerce media relations director, wrote in a statement that included a timeline of events regarding the VIEW's interactions with the state.

Veterans Independent Enterprises of Washington Operations Manager Rosemary Hibbler, the person at the center of KING’s investigation, says the approach Commerce is taking is unjustified.

“This entire story is unfair and the continued attacks against us border harassment. We should not be persecuted by Commerce when we have done nothing wrong,” wrote Hibbler in a November 4 email to KING 5.

Hibbler added Commerce hasn’t notified them of contract violations, and that borrowing money was necessary and not against the rules.

Veterans Independent Enterprises of Washington has been in operation in Pierce County for more than 30 years.

In 2016, under the new leadership of Army veteran Hibbler, the organization began to fall into chaos.

As outlined in a class action lawsuit against VIEW, veterans working in the charity’s workshop started getting paid late. At one point they weren’t paid at all. Several employees filed complaints with the Washington State Department of Labor and Industries. The class action suit was filed in 2018 on behalf of 72 VIEW employees.

In legal documents and correspondence with KING 5, VIEW maintained it has paid employees what they are owed.

Previous KING 5 reports exposed roughly $300,000 of the nonprofit’s money was spent in unexplained transactions from May 2018 to April 2019. Newly obtained bank records analyzed by KING reveal additional ways the charity’s money was misused. They include:

In August, Hibbler didn’t explain the debit card usage inside casinos or other suspicious expenditures, but she denied using the VIEW’s money for her personal gain.

“No. No, (I have not stolen). What I have done is committed myself to making sure that the VIEW stays, the doors stay open and that we continue to support our veterans,” Hibbler said.

Commerce officials said if money meant to repair and maintain properties instead was siphoned off for personal gain, action needs to be taken.

“Of course we’re unhappy if funds are being misused. We have an affordable housing crisis in the state of Washington. We can’t afford for a dollar to be wasted,” Vasavada said. “If money is being drained out of those properties, we need to make sure (we) fix it.”

KING 5 first exposed the misuse of charity funds three months ago, but Hibbler remains in charge at VIEW. Board Secretary Gary Peterson said they stand behind her, but added KING 5's reporting has made them “suspicious.”

In recent weeks VIEW has made repairs to at least one property.

The board president has declined to speak with KING.

The class action lawsuit is expected to be settled this month.