A Skyway resident found several missing items when she returned home, after hiring a man over Craigslist to install flooring. 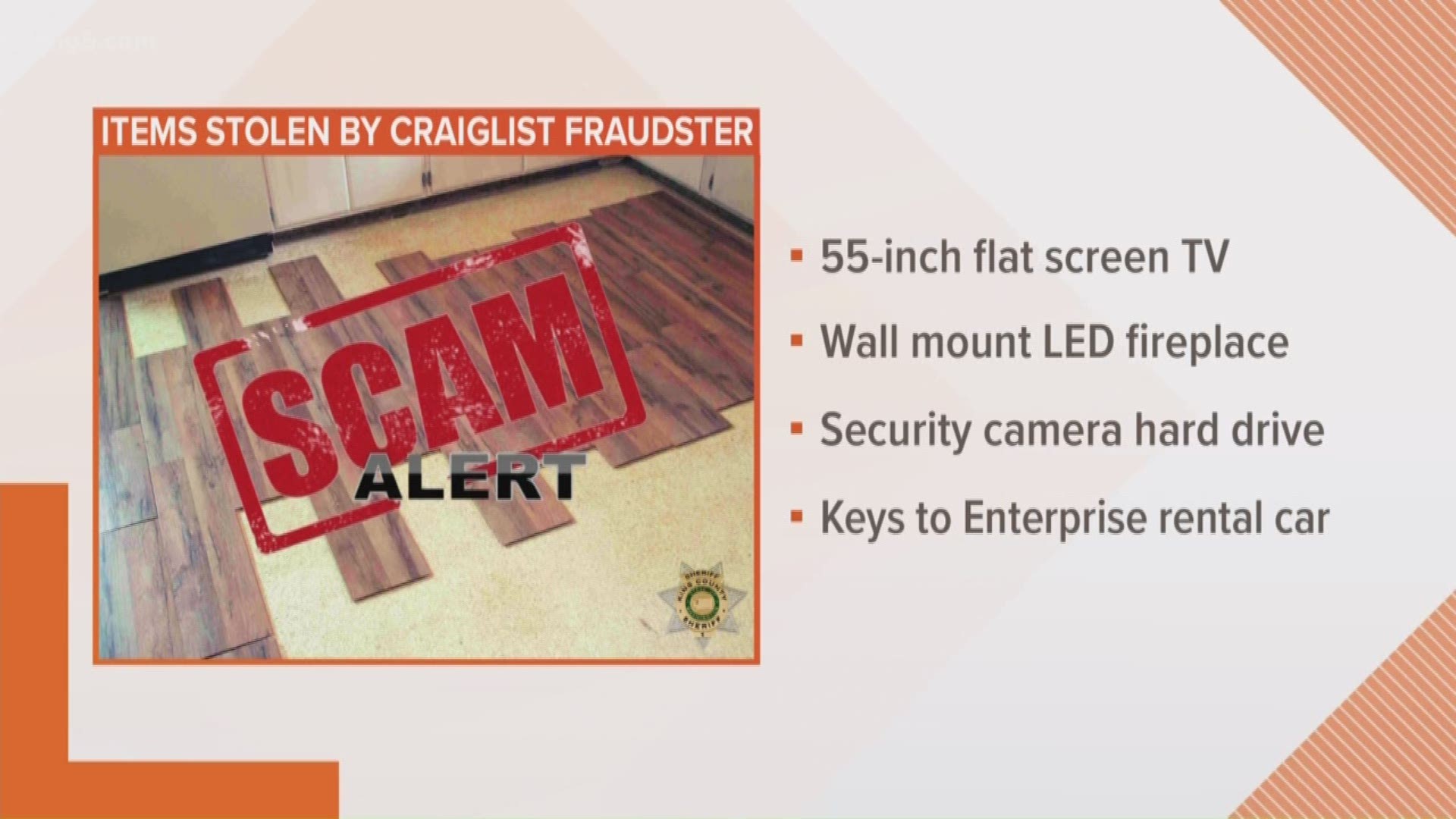 SKYWAY, Wash — Investigators in King County are trying to track down a Craigslist con artist who they say stole several expensive items from a home in Skyway.

The alleged burglary occurred after a Skyway resident hired a man off Craigslist to install flooring in her home for $1,000, according to the King County Sheriff's Office.

The suspect arrived Thursday morning in a Toyota Matrix with Florida licence plates.

When the resident returned, the suspect was gone, along with a 55-inch television, LED fireplace, external hard drive connected to her surveillance cameras, and keys to an Enterprise rental vehicle.

The ad on Craigslist has since been removed.

"But we know he'll likely pop up again," the Sheriff's Office wrote on Facebook.