The owner's of Shoreline's Black Coffee Northwest are outspoken supporters of the Black Lives Matter movement and believe the attack was racially-motivated. 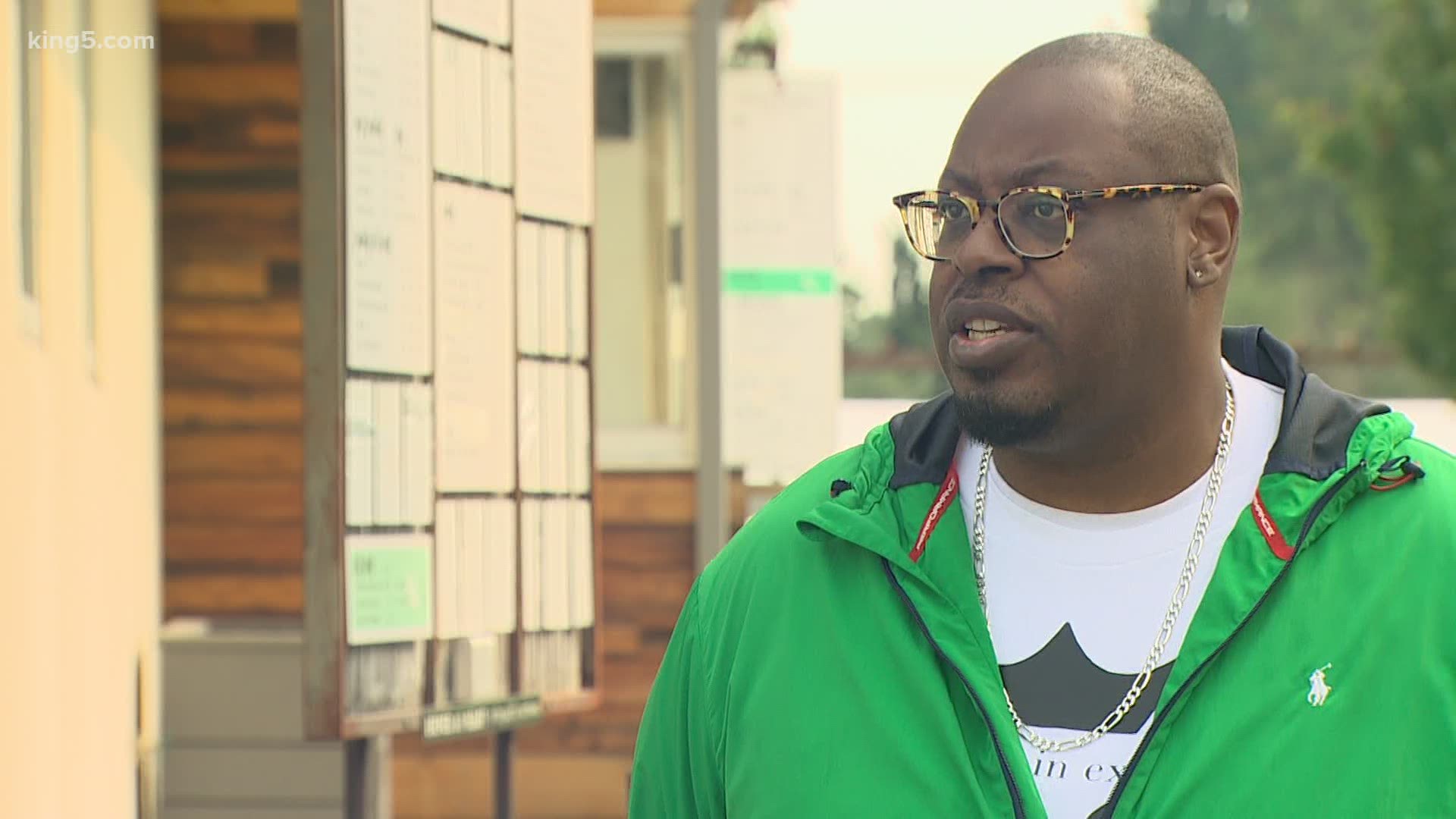 SHORELINE, Wash. — Thursday was supposed to be the first day of business at Shoreline's Black Coffee Northwest. Instead, the owners spent the day dealing with the fact that someone tried to burn their business to the ground.

"The physical damage is small, but the message is clear," said co-owner Darnesha Weary.

A message of fear and intimidation was burned into the walls of the new coffee shop.

Around 3:30 a.m. Wednesday, officials said someone first tried to smash the shop's windows with bricks so they could set fire to the inside. When that failed, they used Molotov cocktails to set two fires, one of them targeting the building's natural gas line.

"It wasn't like a little note on the door," said co-owner Erwin Weary. "They were really trying to do some major harm and damage."

When asked if she thought the attack was racially motivated, Darnesha answered, "Absolutely. I think people know who we are. We're unapologetic for who we are. We have shown up for the Black community, especially in this area where there is not a lot of representation."

Black Coffee Northwest is supposed to be a safe space. It proudly promotes Black culture and community. The shop's mission is to raise a new generation of Black business owners.

Teenagers run the place. In fact, 17-year-old Mikayla Weary is the company's president.

"It really hits me hard because I just want that safety," she said. "That's all we are about is safety and having each other's back. I can't say I didn't expect this, but it hurts."

A steady stream of neighbors drove through the establishment's parking lot, offering condolences and support.

Some even wrote messages of love in chalk on the pavement outside the business.

While the arsonist sent one message, the one sent by the community was made loud and clear: hate will not prevail and Black Coffee will be back stronger than ever.

"This gives me hope. This is what it's all about," said Darnesha. "We're gonna keep going."

Investigators have taken possession of surveillance video from the attack. A King County Sheriff's Office spokesman said the video may be released to the public in the days ahead.

The owners of Black Coffee Northwest vowed to have a new opening day in two weeks.