Susan Galvin was new to town when she took a job with the Seattle Police Department in 1967. Detectives believe she was on her way to work the night she was raped and murdered. 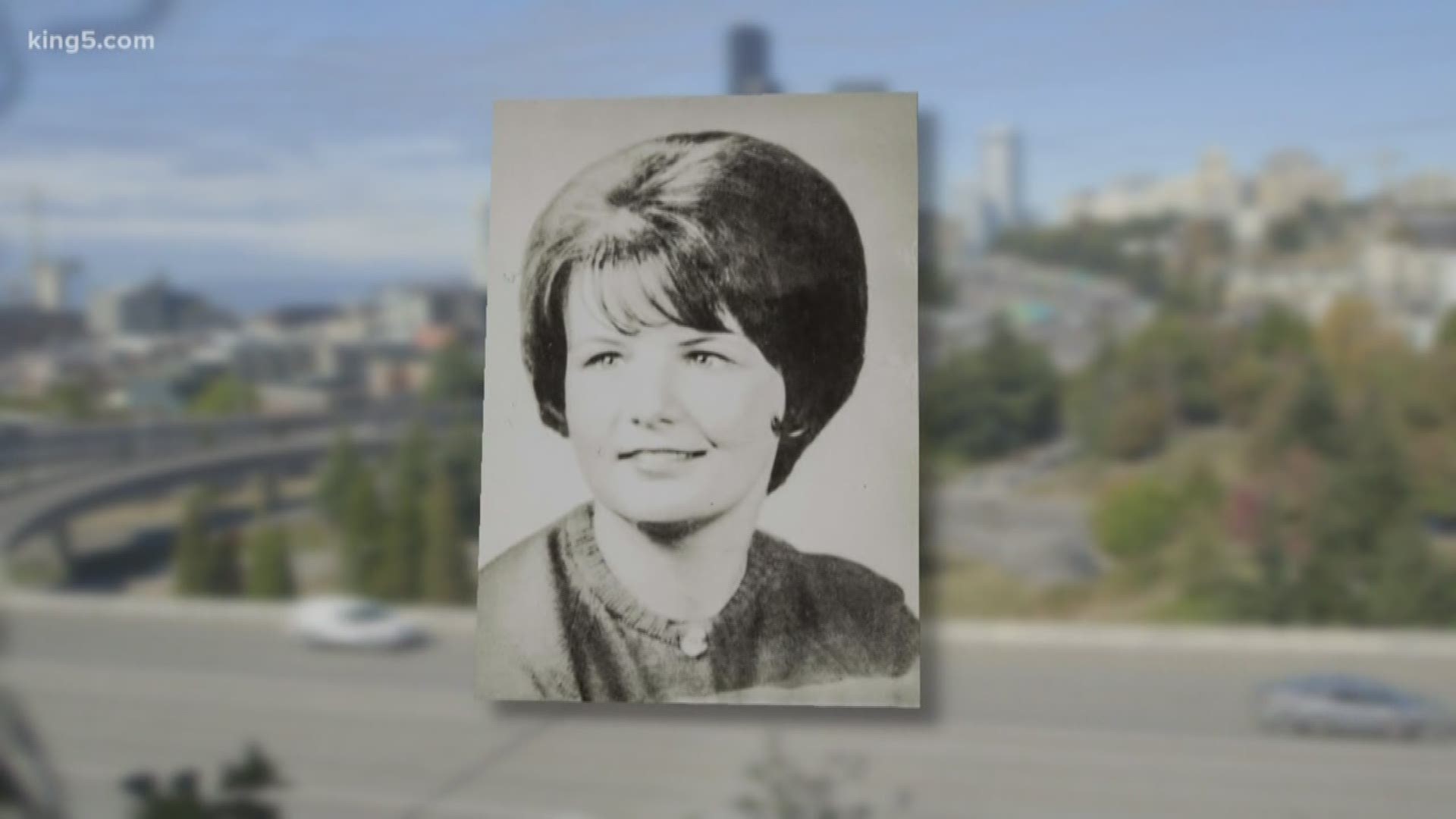 SEATTLE — The year is 1967 and Seattle is quickly growing. A city just five years removed from the World’s Fair.

“There was definitely an aura of innocence,” said Detective Rolf Norton, of the Seattle Police Department’s Homicide Division.

Among that innocence, we find 20-year-old Susan Galvin.

“I think that in some ways this [murder] turned the city of Seattle upside down,” Norton said.

Galvin was new to town, fresh from Spokane. She’d taken a job at the police department as a records clerk, and that’s where she was heading the night she was raped and murdered.

“She most likely was on her way to work the graveyard shift,” Norton said. “She ran into the wrong person and was murdered in a random attack.”

Her body was found inside a parking garage off Mercer Street. Police worked the streets and investigators interviewed dozens of people, but Galvin’s case would ultimately turn cold.

“The processes of collecting forensic evidence didn’t exist. Those investigators didn’t know about DNA or what was going to come up in 20 years,” Norton said.

DNA evidence did eventually help solve this case but first, it would clear one of the key suspects. Police obtained a sample from a professional clown last seen with Galvin before she died. In 2016 he was exonerated, living in Utah at the time.

As police would soon discover, DNA technology alone wasn’t the key to this case.

In the spring of 2018, police arrested Joseph DeAngelo and charged him with eight counts of first-degree murder. DeAngelo is believed to be the infamous Golden State Killer. He had nothing to do with Galvin’s murder, but the way law enforcement worked his case would set a new standard. 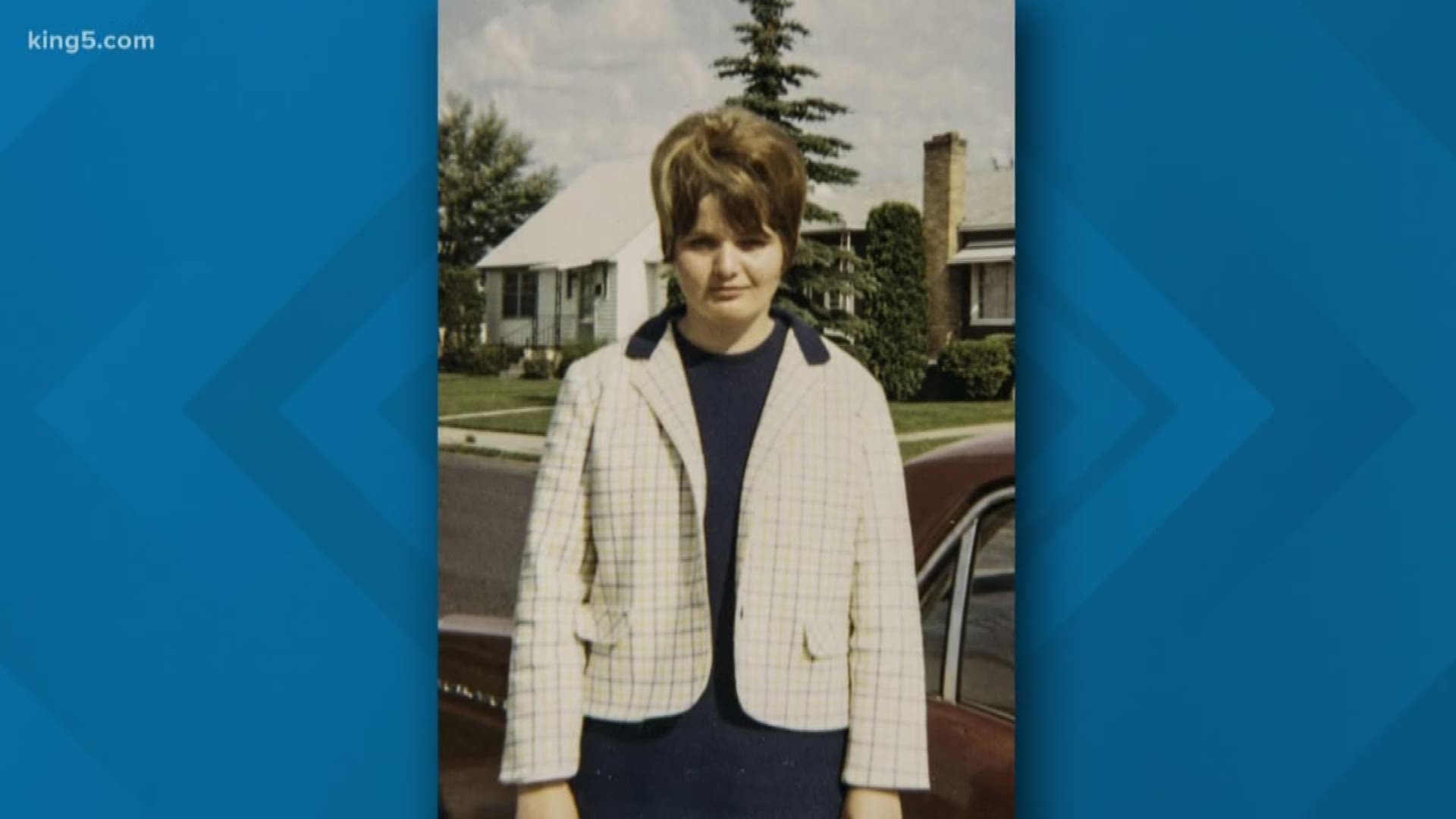 DNA evidence confirmed De Angelo as the Golden State Killer, but it was a public genealogy database that led police to him. 23andMe, Ancestry, and GEDmatch are just a few of the popular websites that, among other things, let users find long lost relatives and recently has helped police in murder investigations.

“Susan Galvin’s case was at the top of the list,” Norton said.

With the help of a genealogist, police pursued new leads.

“With that information [the genealogist] was able to start work on a family tree and develop ancestral links to who our suspect was,” Norton said.

That family tree led investigators to Frank Wypych: a former soldier from Seattle who he died in 1987. Under the careful watch of investigators, his body was exhumed from a graveyard in Tukwila, just 13 miles from the scene of that brutal murder.

Galvin’s brother was just 6 years old at the time of her death. The Seattle Police Department reached out to that boy, who’s now a grown man. He said that on behalf of his family, they’re happy to move forward and put this part of their family history behind them.

“We children were young and resilient. We found our own ways to cope; as the years passed, we scattered to the winds,” Larry Galvin said in a written statement on behalf of the Galvin family.

“52 years later we learn the who, but still have no clear understanding as to the why. There will always be that lingering question,” Galvin continued.