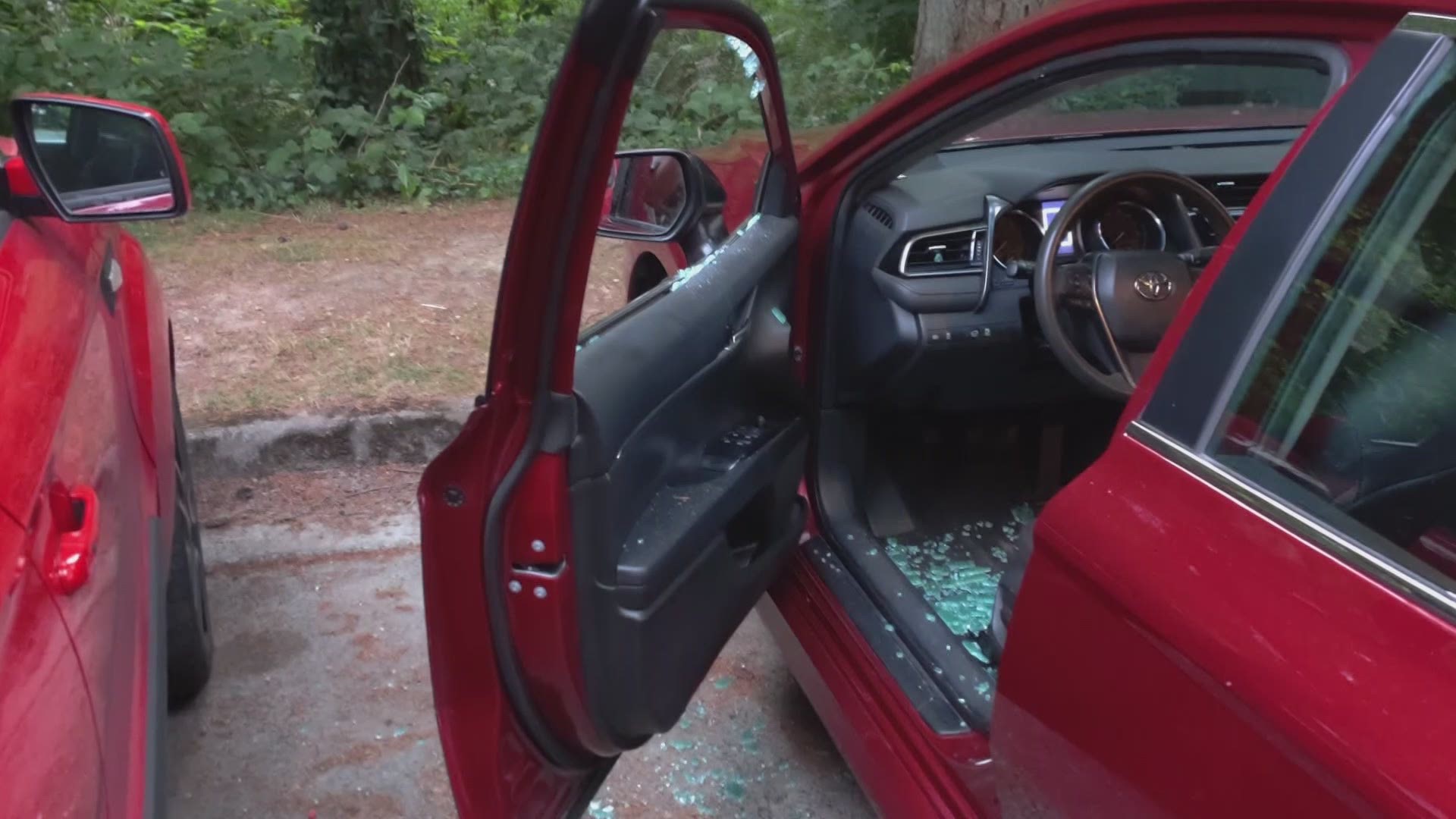 SEATTLE — A tennis club in Seattle that has seen a rise in car prowling said they cannot expand their use of security cameras because of a city ordinance that keeps the public's privacy in mind.

The Tennis Center Sand Point, located in Seattle's Magnuson Park, reported an average of one car prowl incident per week since they started keeping track in 2020, according to business operations manager Abraham Lee.

While the tennis center can monitor its own entrance and exits, parking lot and facility grounds with their security cameras, Lee said they were forbidden to use cameras to watch a larger public lot toward the park's playfield.

"Our understanding is that we are not allowed to install or monitor security cameras that survey the park or public in general," Lee said.

The law refers to a 2018 city ordinance passed by the Seattle City Council that requires city departments to submit an in-depth review of privacy, equity and community impact implications before any surveillance technology can be approved.

The ordinance also requires at least one community meeting with comments before the city council can approve it. The rule came into play for the Tennis Center Sand Point's situation.

RELATED: Highway crimes increasing in Washington as traffic returns to near pre-pandemic levels

Lee said the tennis center has worked cooperatively with Seattle police and Parks and Recreation for solutions but acknowledges that surveillance cameras can help discourage thieves.

"With most surveillance devices, it's a huge deterrent for crime. For example, if there was more visibility, then perhaps we would be able to deter some of those break-in," Lee said.

Car prowling has been an ongoing issue at other large parks, including Seahurst Park in Burien, which saw a spike in cases between April and May, according to data from the King County Sheriff's Office (KCSO).

Whether a similar surveillance law applies to King County parks is unclear but the King County Council did pass an ordinance banning facial recognition technology.