Seattle police have responded to at least six shootings and two deaths across the city since Friday. 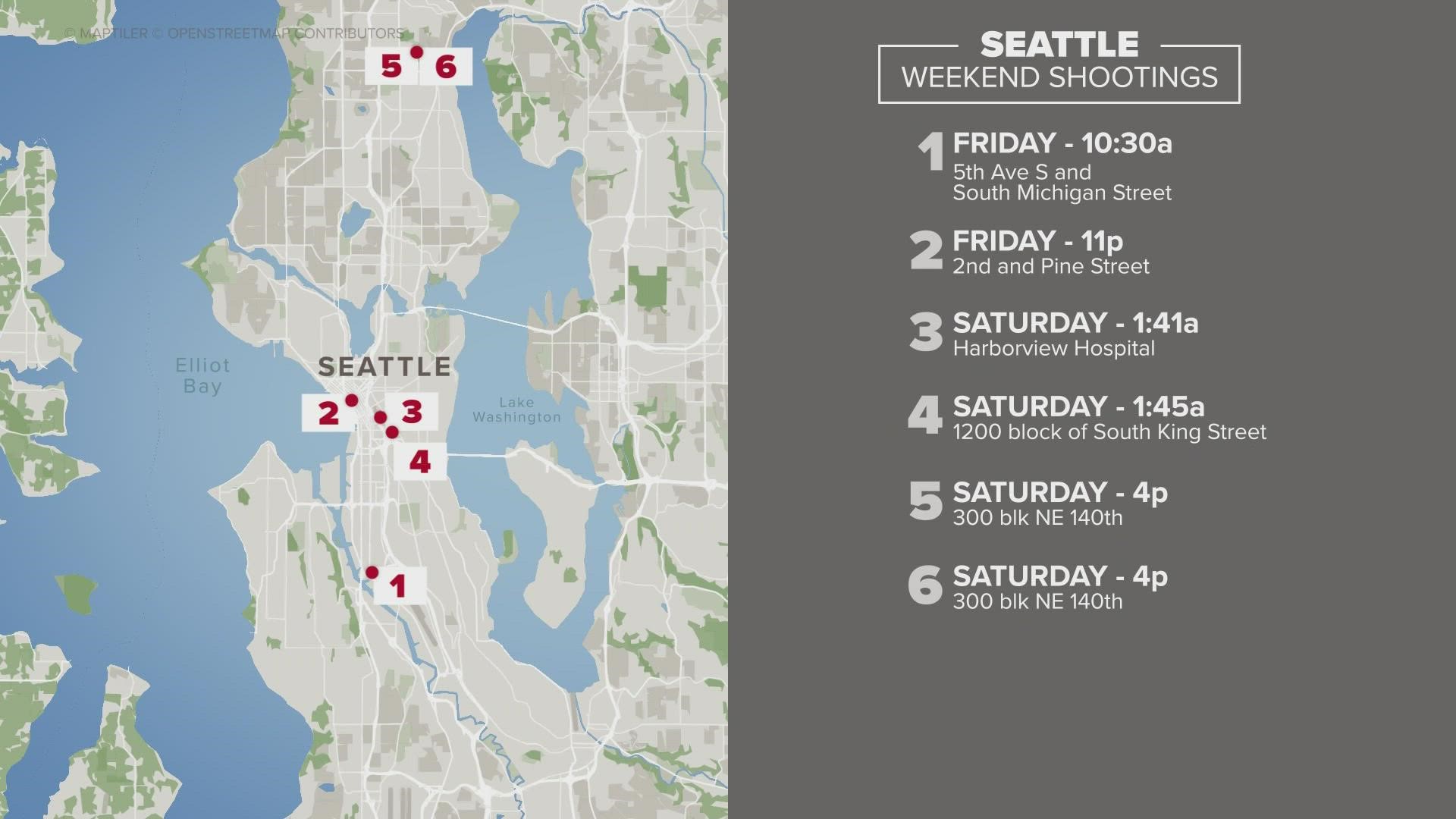 SEATTLE — Following a violent weekend in Seattle, Interim Police Chief Adrian Diaz said the gun violence in the city is unacceptable, and “people need to put down their guns.”

Diaz addressed the city Tuesday morning after two people were killed in a series of shootings across Seattle over the weekend.

Diaz said the Seattle Police Department (SPD) has taken 700 guns off city streets so far this year, and 100 of those were during August alone.

There have been over 100 more shootings in Seattle this year compared to the same time in 2020. And about 150 more this year than in 2019. Over 2,000 shell casings have been recovered at crime scenes so far this year, compared to over 2,500 casings recovered last year.

“We continue to see more victims being shot each year,” said Diaz. “We’re better than this.”

The rise in violence comes as a record number of Seattle officers have left the department in the past year.

Diaz said there were around 1,400 SPD officers at the end of 2019 and the beginning of 2020. But the number of officers in the department has “drastically dropped down” over the past year and a half. Diaz said patrol officers are currently spending about 60-65% of their time responding to 911 calls, which limits the amount of time officers can develop relationships with the community.

“We need that original amount, about 1,400 officers, to really be able to not only staff patrols and take a proactive stance, and also be able to engage the community,” said Diaz.

Diaz spoke hours after a 39-year-old man shot and killed a 24-year-old that was trying to rob him in Seattle’s Capitol Hill neighborhood. The shooting happened around 1:15 a.m. Tuesday at the intersection of 10th Ave E and E John St, which is near the Capitol Hill light rail station.

When officers arrived, they found the 24-year-old on the sidewalk with a gunshot wound. The man was taken to the hospital where he was pronounced dead.

The 39-year-old man told police 24-year-old was trying to rob him when he opened fire. Officers are interviewing the 39-year-old “in an attempt to understand what led up to the shooting,” according to an SPD Blotter post.