A shooting and a hit and run ended up leaving two people dead in south Seattle Friday. Detectives are trying to determine how the events are related. 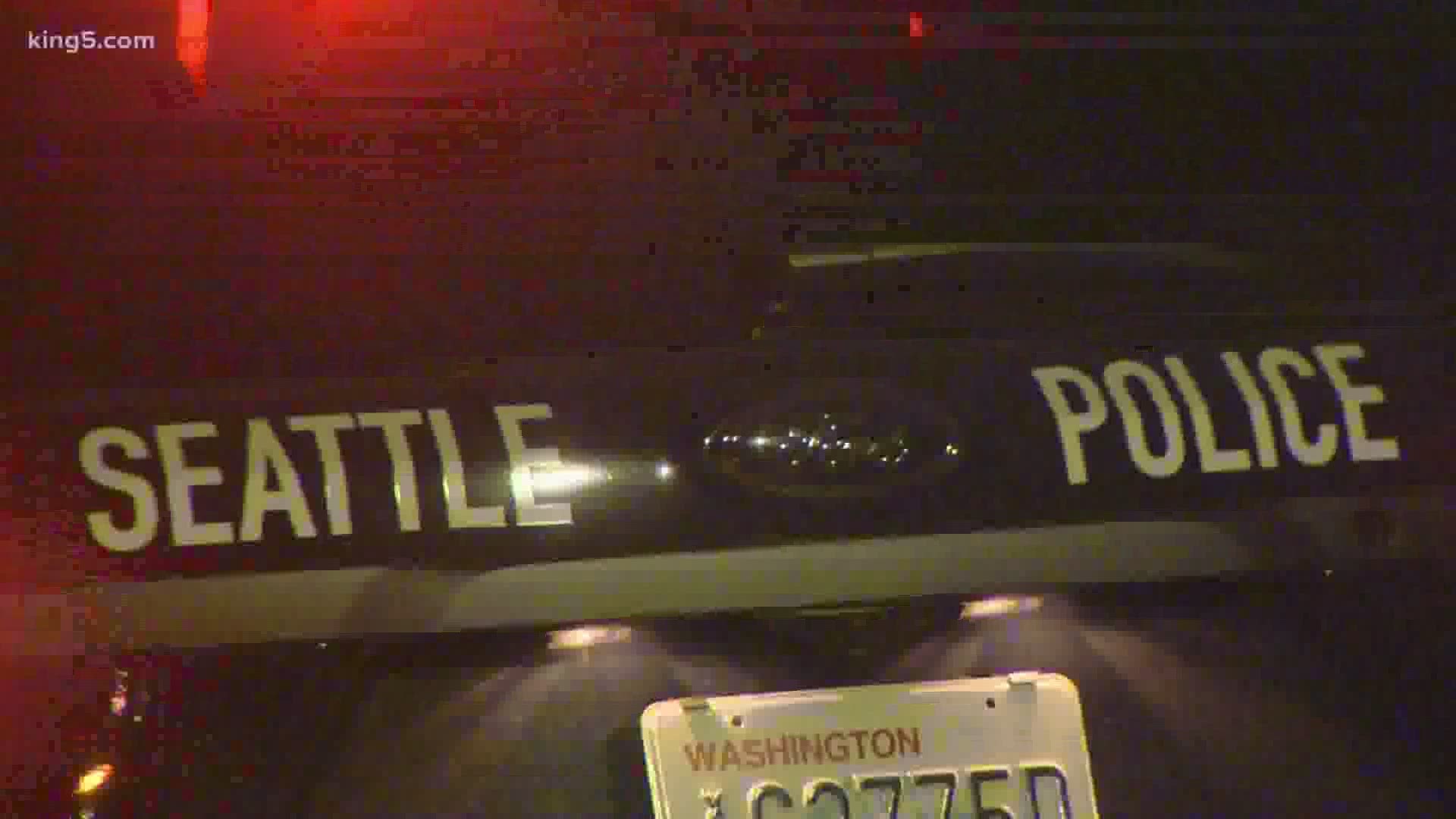 SEATTLE — The Seattle Police Department is investigating a string of violent events from Friday afternoon and evening that left two people dead. Detectives are trying to determine how the events are related.

It all started with a shooting on 60th Ave. South near Emerson Elementary School in south Seattle.

SPD said nearly 70 rounds were fired in the late afternoon. Five people were sent to the hospital, one person for a graze wound and four others for gunshot wounds.

Then later that evening gunshots were fired on Seward Park Avenue South.

When SPD got to the scene they found a man at the Atlantic City boat ramp who had been shot. The man died on the scene, police said.

According to police, witnesses saw a man leave the scene in a hurry, driving a grey car.

That car then hit a pedestrian at the intersection of Rainier Avenue South and Martin Luther King Jr. Way South. The pedestrian was killed and the driver left the scene, police said.

Harborview Medical Center staff said someone from the grey car ended up in their care along with another person, both claiming they were shot at the Atlantic City boat ramp.