The 70-year-old man was not allowed to have the firearms due to a recent domestic violence court order. 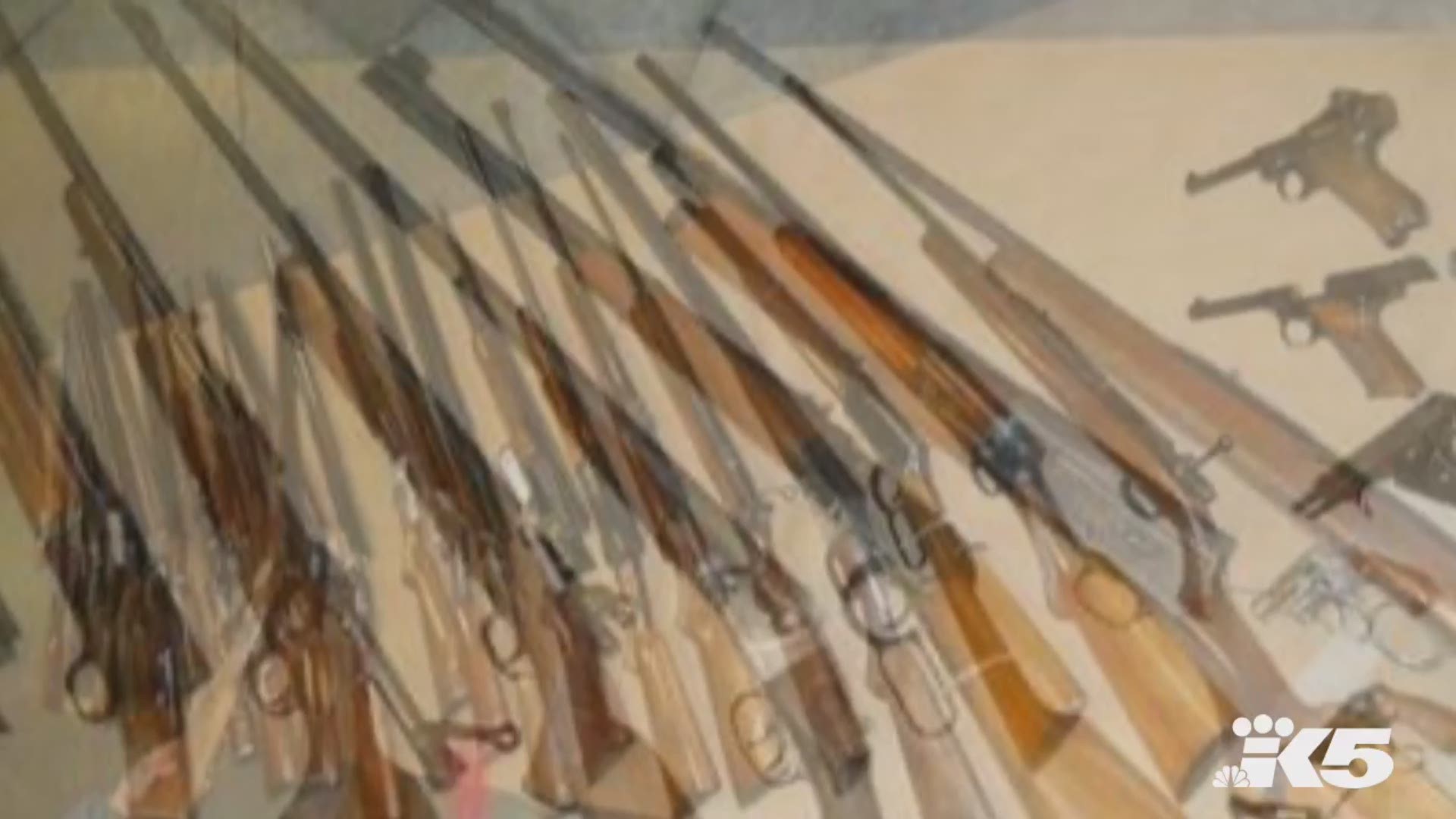 SEATTLE — Seattle police found 30 firearms stowed away in the trunk of a man's vehicle who was not allowed to have them due to a recent domestic violence court order.

The 70-year-old man was arrested earlier this month for a domestic violence assault that happened in the Ravenna neighborhood. During his first court appearance, he signed a declaration saying he had given his firearms to his brother and that he no longer had access to them, police said.

However, detectives later found out the man took the guns from his home and hid them in the trunk of his vehicle.

Detectives were able to obtain a search warrant for the man's vehicle on Thursday.

Police impounded the man's car from his residence. Detectives found 30 firearms, including 24 shotguns and rifles and six handguns, in the trunk.

Seattle police did not say if the man would face any charges as a result of violating the court declaration.