After a deadly shooting in Seattle's busy downtown core, city officials are discussing how to improve safety. 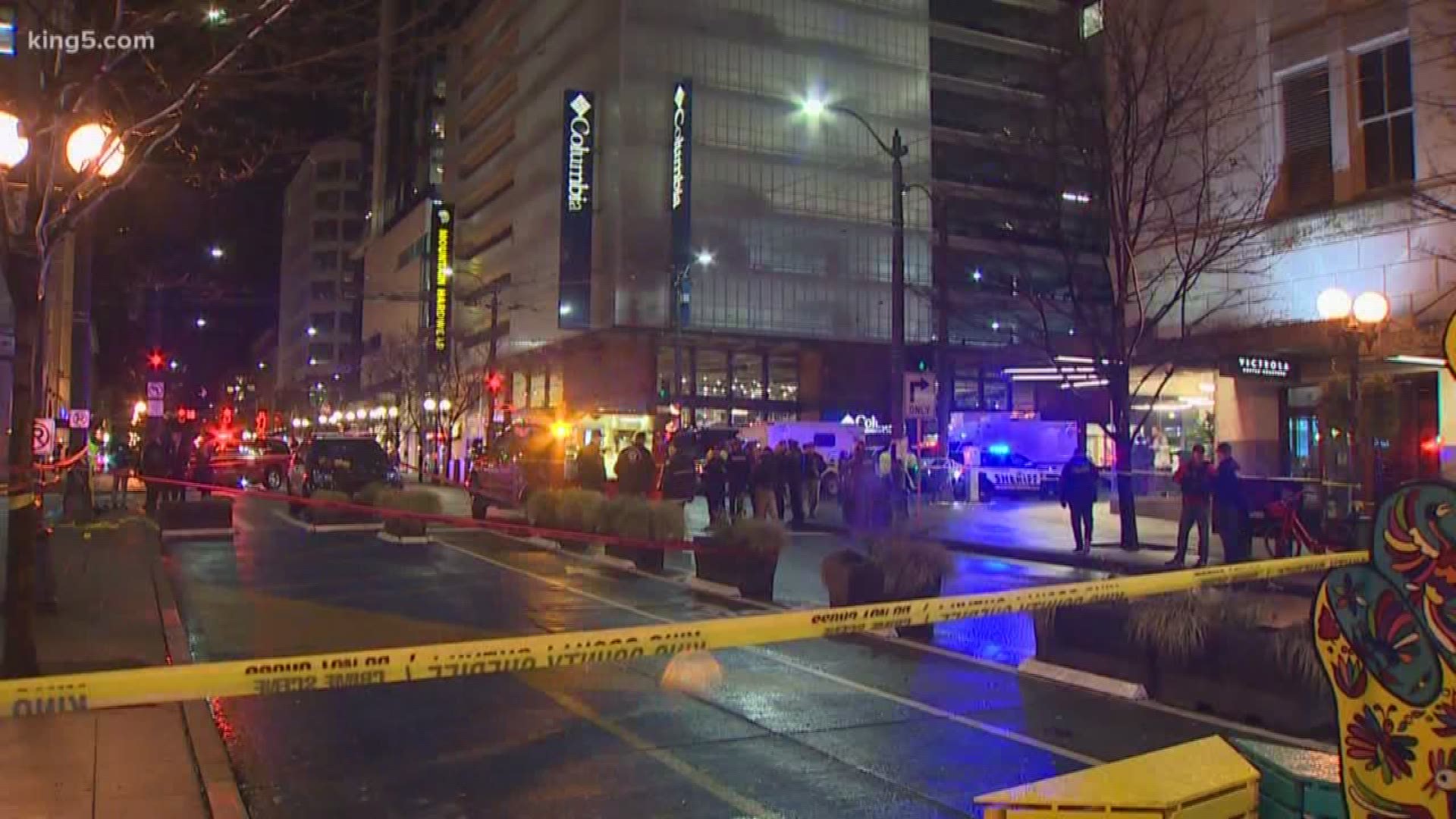 SEATTLE — The shooting that left one person dead and seven others injured in Seattle's downtown core on Jan. 22 is what Seattle Police Chief Carmen Best describes as "completely unacceptable."

Chief Best briefed the council on the shooting investigation and what is being done to address safety concerns during the Public Safety and Human Service Committee meeting Tuesday morning. Though the department is taking additional steps to ensure public safety, Best reminded the crowded council chambers that change can't occur "overnight."

The shooting happened around 5 p.m. on Jan. 22 in the area of Third and Pine. The violence apparently stemmed from a fight outside McDonald's.

Ages of those injured in the shooting ranged from 9 to 55.

A 21-year-old suspect was shot, treated at the hospital, and taken into custody.

Police are still searching for two suspects, Marquise Latrelle Tolbert and William Ray Tolliver. Both men are 24 years old and are considered armed and dangerous, according to police.