Seattle Interim Police Chief Adrian Diaz announced the arrest of suspects involved in an attack on a police officer during a protest in September. 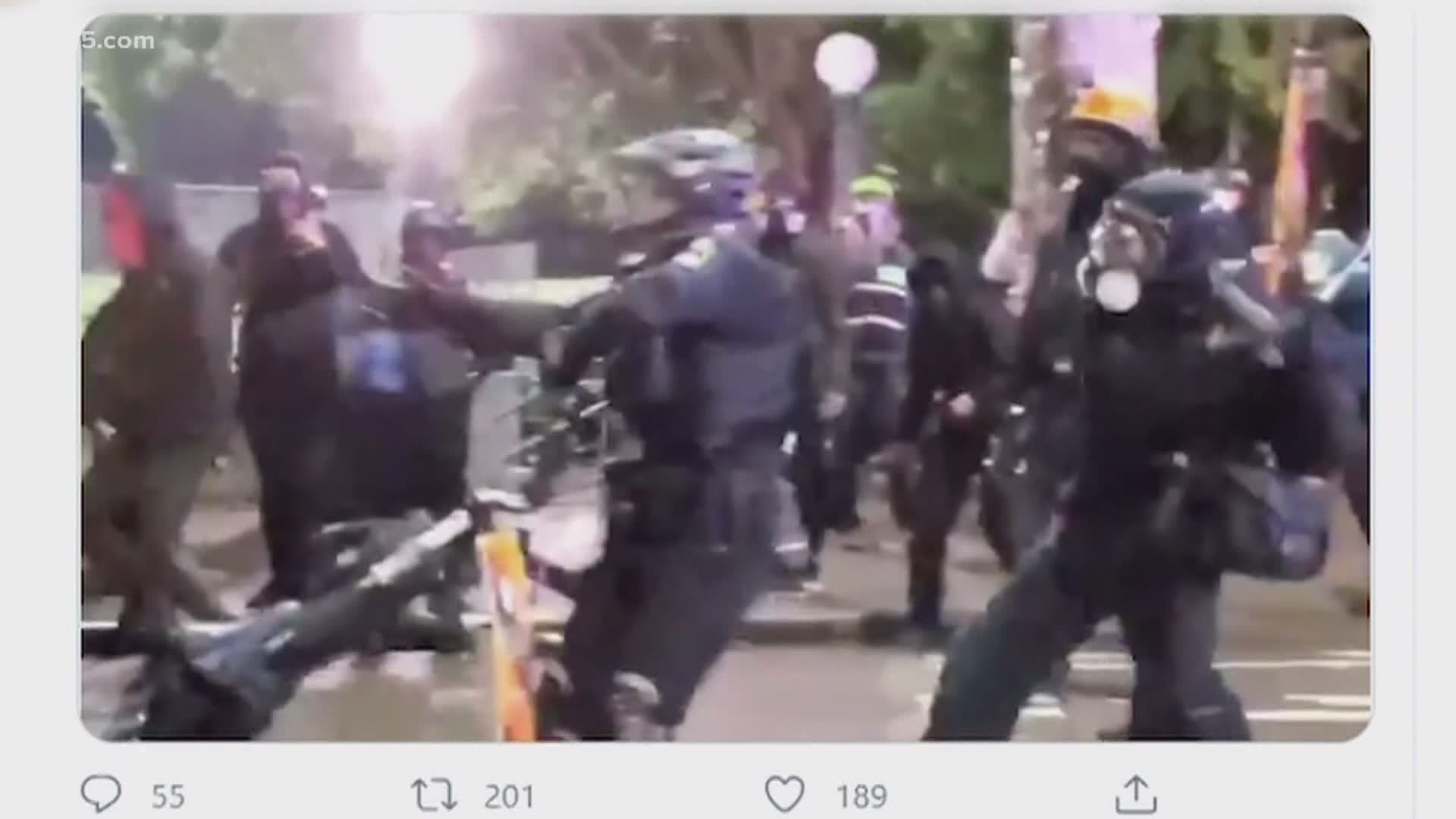 Diaz' declaration came days after the arrests of suspects accused of attacking an officer with a baseball bat and attempting to burn down the department’s East Precinct during a protest in Seattle’s Capitol Hill neighborhood in September.

Diaz called the incident "a brutal crime" and said if the officer had not been wearing a helmet or it had happened under different circumstances, the attack could have been deadly.

“This is a not a peaceful protest, this is not civil disobedience, this is illegal, and this is violence," Diaz said. "You will be arrested.”

The September protest near Cal Anderson Park in the former Capitol Hill Occupied Protest (CHOP) zone exceeded more than 100 people and was eventually declared a riot by Seattle police.

Greenburg was also charged with first-degree assault for his alleged attack on a Seattle police officer with a baseball bat during that same riot. The incident was captured on video and was shared across the country. The officer that was struck was hospitalized.

According to court documents, prosecutors say after police declared a riot, Greenburg and McMillan helped light Molotov cocktails that were then thrown into the Seattle Police Department’s East Precinct.

Court documents reveal a series of exchanges Greenburg had with other protesters. One of them reads, “How many Molotov cocktails you think we should have by Labor Day cuz we shouldn’t over use our resources.”

The court documents also show a chat conversation where Greenburg admits to throwing a Molotov cocktail at the East Precinct.

“It is clear from their actions they are not protesting anything but are purposefully and methodically planning attacks on our police officers and facilities,” Diaz said.