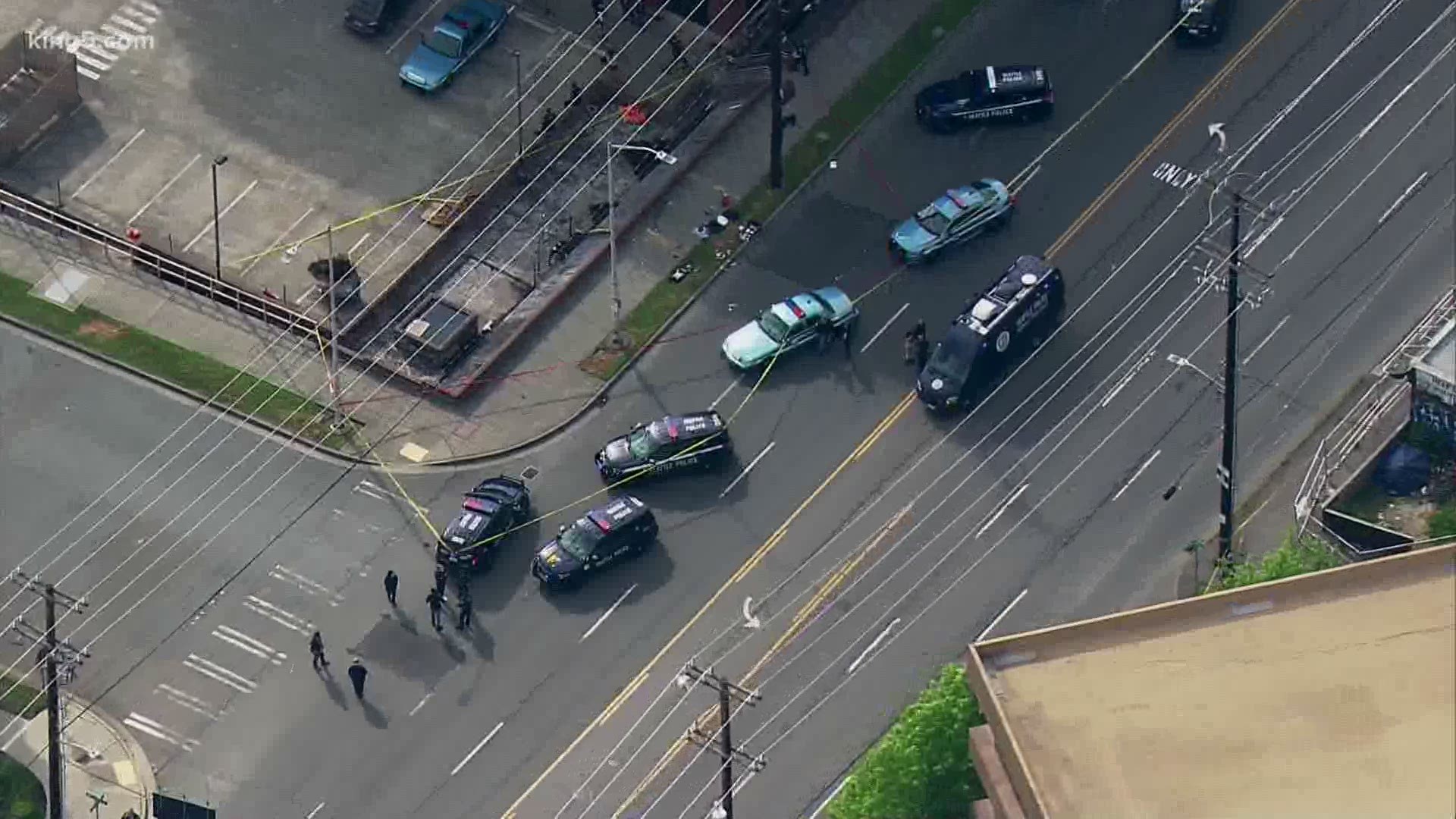 SEATTLE — Police shot at a suspect who was allegedly armed with a knife in Seattle’s Lower Queen Anne neighborhood Tuesday afternoon.

The shooting was reported near Elliott Ave. and Harrison St. about 3:30 p.m.

Police say several people made 911 calls reporting a person with a knife or several knives was threatening or attacking people. At one point, police say someone reported being chased by a man armed with a knife.

Police say once they arrived on the scene, they used a taser and then two officers shot the suspect.

The suspect died on the scene.

Police say they recovered two weapons from the scene.

The King County Sheriff's Office will conduct an independent review.

SkyKING aerials captured a large police presence near Elliott and Western Ave., about one block south. Traffic was being detoured in the area.

Officers released body camera footage of the incident on Wednesday.