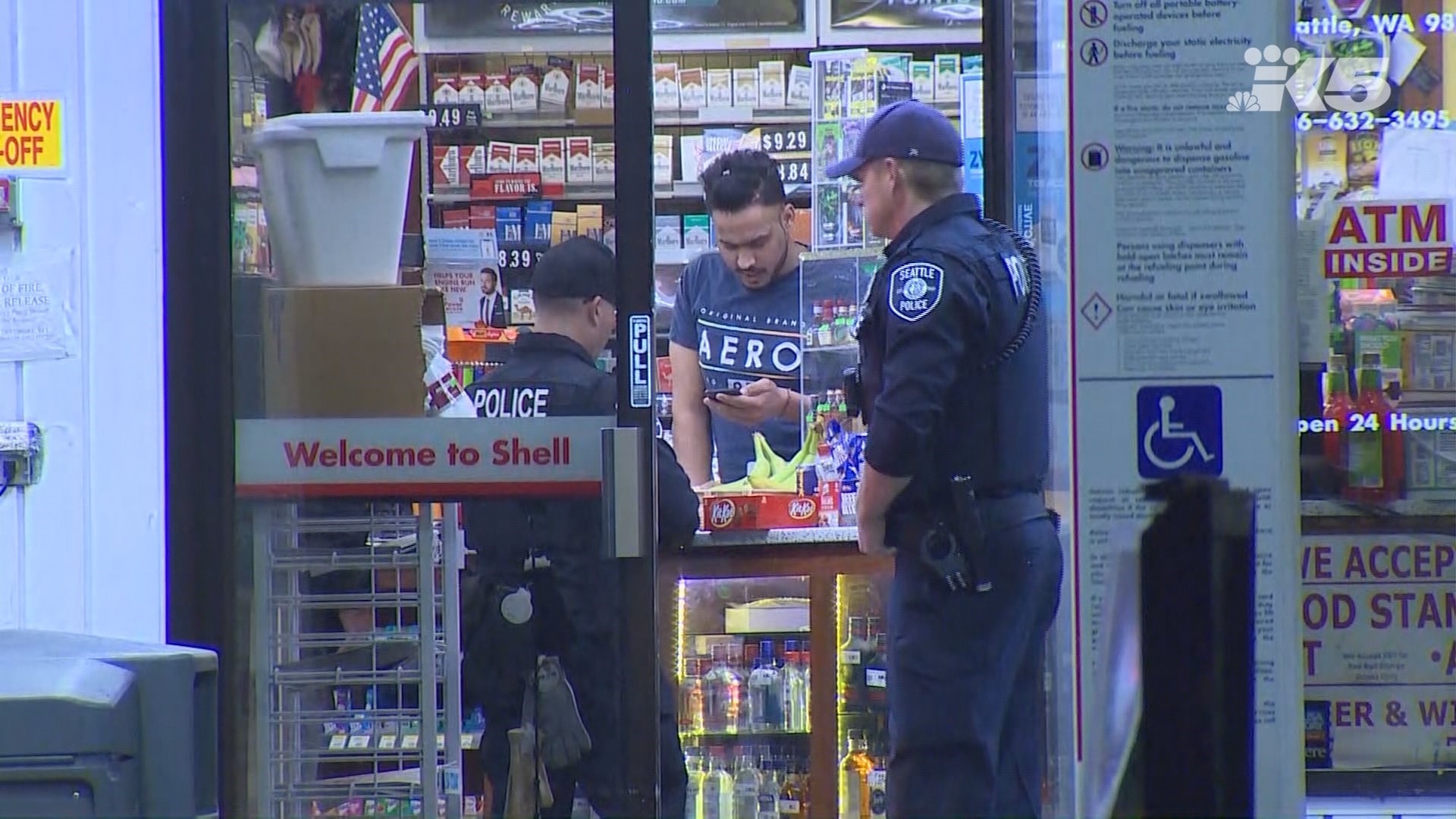 SEATTLE — A 20-year-old man and a 16-year-old girl have been arrested in connection to three back-to-back armed robberies in Seattle last month.

Seattle Police detectives arrested the two suspects at a North Seattle home Wednesday morning with the help of a SWAT team.

One robbery occurred in South Seattle, the other two in North Seattle on Oct. 18.

Three suspects – at least one with a handgun – robbed a store in the 5700 block of Martin Luther King Jr. Way South around 3:20 a.m. The suspects demanded money from the clerk before fleeing.

While officers were investigating the first robbery, reports of a second armed robbery involving three suspects – one with a handgun – came in just before 5 a.m. at a store in the 12300 block of 15th Avenue Northeast.

RELATED: Seattle police looking for man who fired shots during a robbery in Ballard

RELATED: Reported robbery at Bob's Burgers in SeaTac was a hoax

As police were investigating the second robbery, a third was reported at a gas station in the 200 block of Northeast 45th around 5:40 a.m. The suspect descriptions were similar to the first two.

There were no reported injuries during any of the robberies.