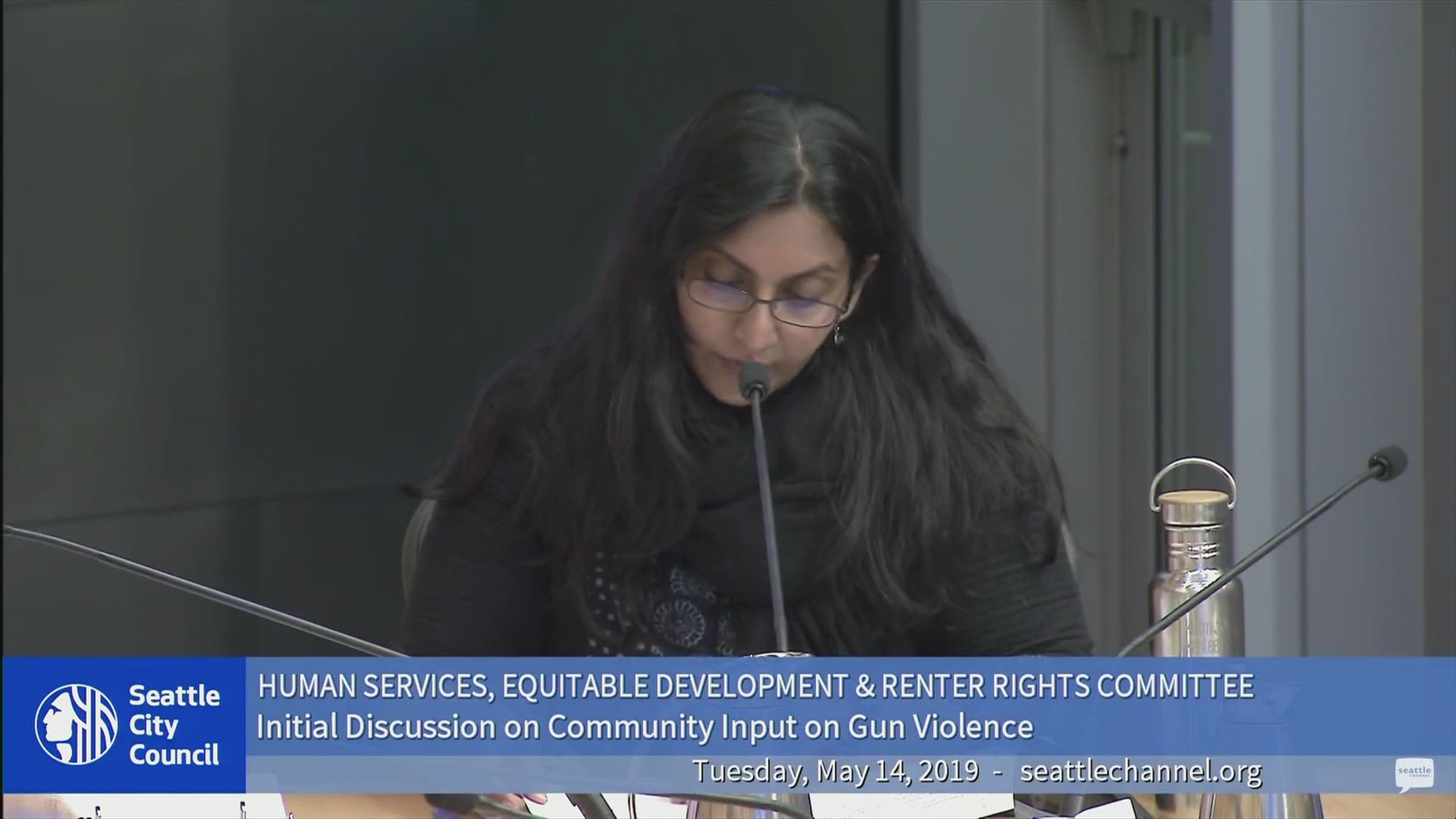 Calling for "common sense gun measures," which also includes banning semi-automatic firearms, Sawant said she has asked the Seattle Department of Transportation to use its "expertise" to review the idea of installing speed bumps on 21st Avenue. According to Sawant, there have been three drive-by shootings on 21st since the beginning of the school year.

The idea was presented Tuesday during the Seattle City Council Human Services, Equitable, Development, & Renter Rights Committee meeting. The city's Department of Transportation was not present. A representative for Sawant's office was told the transportation department has expertise in "traffic calming measures for the sake of traffic calming," but not for reducing gun violence.

A community representative who lives on 21st Avenue said the city should consider crime prevention through environmental design, and other crime-prevention methods that "doesn't include more policing."

Sawant said, "We are aware that environmental design and gun control measures will be insufficient if the overarching problems faced by our society remain unaddressed." Reducing inequality, she added, would have a greater impact.

After the fatal shooting of a 19-year-old, the Seattle Police Department said emphases patrols in the Central District and other areas impacted heavily by gun violence were underway.