The 79-year-old lived in San Diego before moving to Los Angeles. He was convicted in San Diego of rape, assault and other charges related to two local incidents. 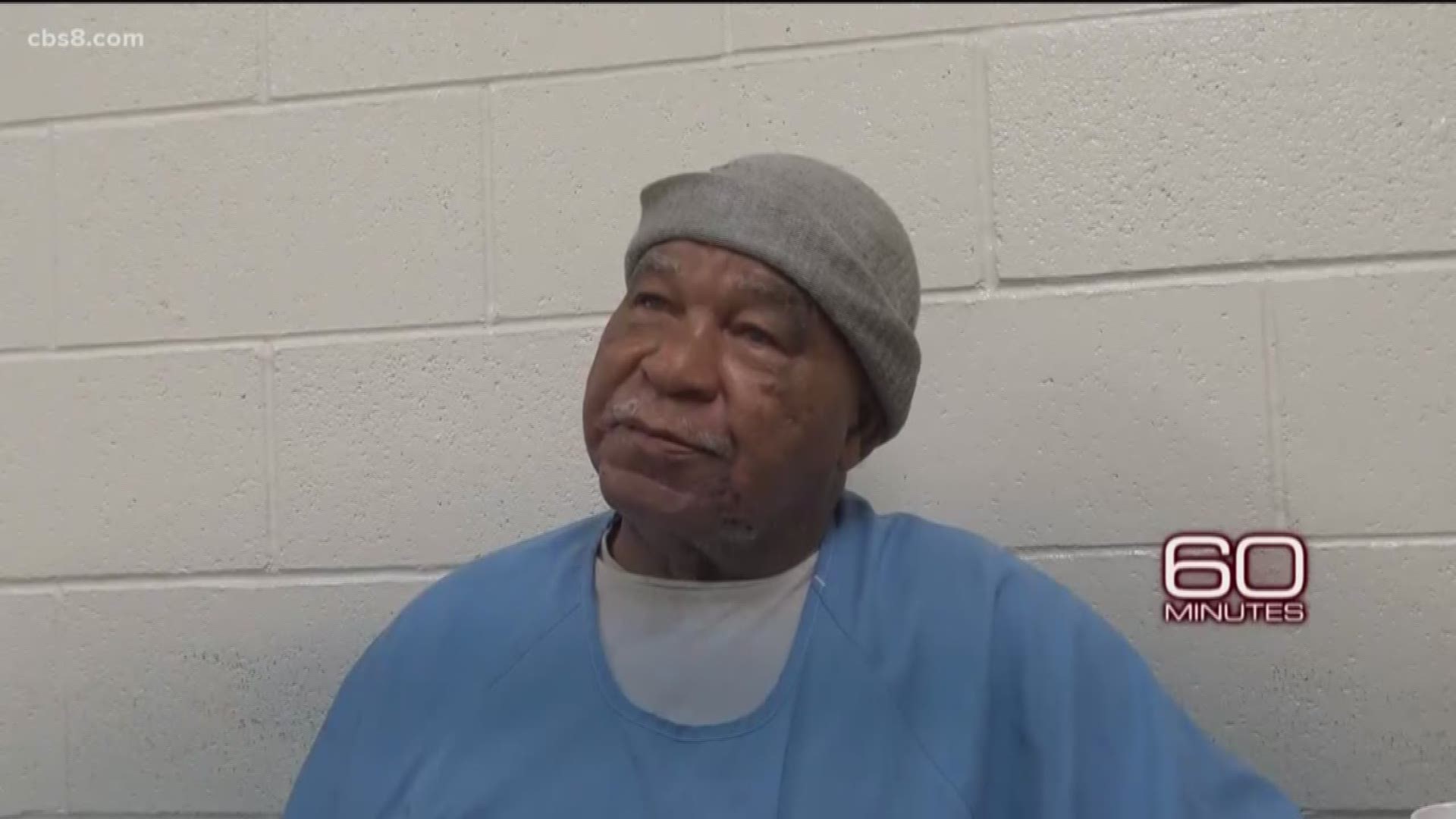 SAN DIEGO COUNTY, Calif. — The inmate who claims to have killed more than 90 women across the country is now considered to be the deadliest serial killer in U.S. history, the Federal Bureau of Investigation said in a news release on Sunday.

Samuel Little, a California inmate, has confessed to 93 slayings committed across the country between 1970 and 2005, recounting the crimes with astonishing, near-photographic detail. He even drew color portraits of dozens of the women he strangled.

His case, featured on "60 Minutes" on Sunday, has offered a frightening look inside the mind of a killer and the wrongheaded assumptions on the part of law enforcement that enabled him to escape justice for so long.

The 79-year-old lived in San Diego in 1984 before moving to Los Angeles, according to the San Diego Union-Tribune. He was convicted in San Diego of rape, assault and other violent charges related to two incidents that occurred less than a month a part in fall of 1984.

According to the U-T, Little approached one San Diego victim while walking on a street downtown and forced her into a car. He then took her to an isolated area where he choked her, tied her down with them and then threw her from the car.

In the second San Diego incident, Little was found by a police officer next to a car with an unconscious naked woman inside. Little was unzipping his pants outside the car.

For the two San Diego offenses, Little was sentence to four years and served two-and-a-half.

RELATED: FBI: Inmate is most prolific serial killer in US history

RELATED: Man behind bars for killing 3 women confesses to about 90 unsolved murders

Little, who has been behind bars since 2012 for several killings, preyed on prostitutes, drug addicts and other women on the margins, many of them black like Little himself, and many of the deaths were originally deemed overdoses or attributed to accidental or undetermined causes. Some bodies were never found.

In a case out of Tennessee, for example, Martha Cunningham's body was found bruised and nude from the waist down in the woods in 1975, her pantyhose and girdle bunched around her knees. Detectives initially attributed her death to natural causes; the cause was later classified "unknown."

But in 48 straight days of interviews with Texas Ranger James Holland, who kept the killer supplied with pizza and Dr. Pepper, Little offered a wealth of details that were used to corroborate his accounts one by one.

One woman wore dentures, for example. Another was killed near a set of arches in Miami. There was a 5-foot-6 woman with brown skin in Florida in the mid-1980s. In 1984 in Kentucky, there was a 25-year-old woman outside a strip club with short blond hair, blue eyes and a "hippie" look.

And in a case from Florida in the 1970s, Little remembered the flowered sundress and necklace the victim wore, and how he played with it before he choked her to death.

Fort Myers, Florida, homicide detective Mali Langton, who was among a number of investigators from other jurisdictions who talked to Little in prison as well, said she was astonished by his memory.

"I couldn't tell you who I bought a burger from yesterday," she said.

Noticing that Little liked to draw, Holland gave him art supplies behind bars. Little went on to produce more than 30 portraits of his victims that proved remarkably helpful.

Serial killers are often world-class liars and manipulators who crave notoriety and exaggerate or confess to crimes they didn't commit, according to criminal justice experts. But Little stands apart.

Law enforcement authorities in several states have verified 50 of his confessions so far and are scrambling to link dozens more cold cases to his recollections.

"I would be suspicious of believing him, except it was actually corroborated," said Marina Sorochinski, a professor of criminal justice at Mercy College in New York.

As Holland said on "60 Minutes": "Nothing he's ever said has been proven to be wrong or false. We've been able to prove up almost everything he said."

He claimed to have killed in 19 states. The biggest concentrations of killings were in Florida and California, he said, with about 20 in Los Angeles alone.

He was repeatedly arrested for various offenses over the decades, including murder and assault, and served time for some things, but escaped prosecution for his most serious crimes. He was finally caught when a Kentucky arrest in 2012 on drug charges led authorities to link his DNA to three slayings in California.

"It makes sense that he could have gotten away with so many" for so long, Sorochinski said.

Crimes scattered across several states can lead to communication gaps between jurisdictions and a failure to recognize that a single murder is the work of a serial killer. Also, because the women were mostly living on the dangerous edges of society, relatives may not have realized they were gone and reported them missing to police, Sorochinski said.

Langton said that Little flirted, laughed and was "giddy" as he recounted a particular slaying.

In a 2018 prison interview with New York magazine's website The Cut, he was asked how it felt to kill the women. He replied: "Oooeee, it felt like heaven. Felt like being in bed with Marilyn Mon-roe!"