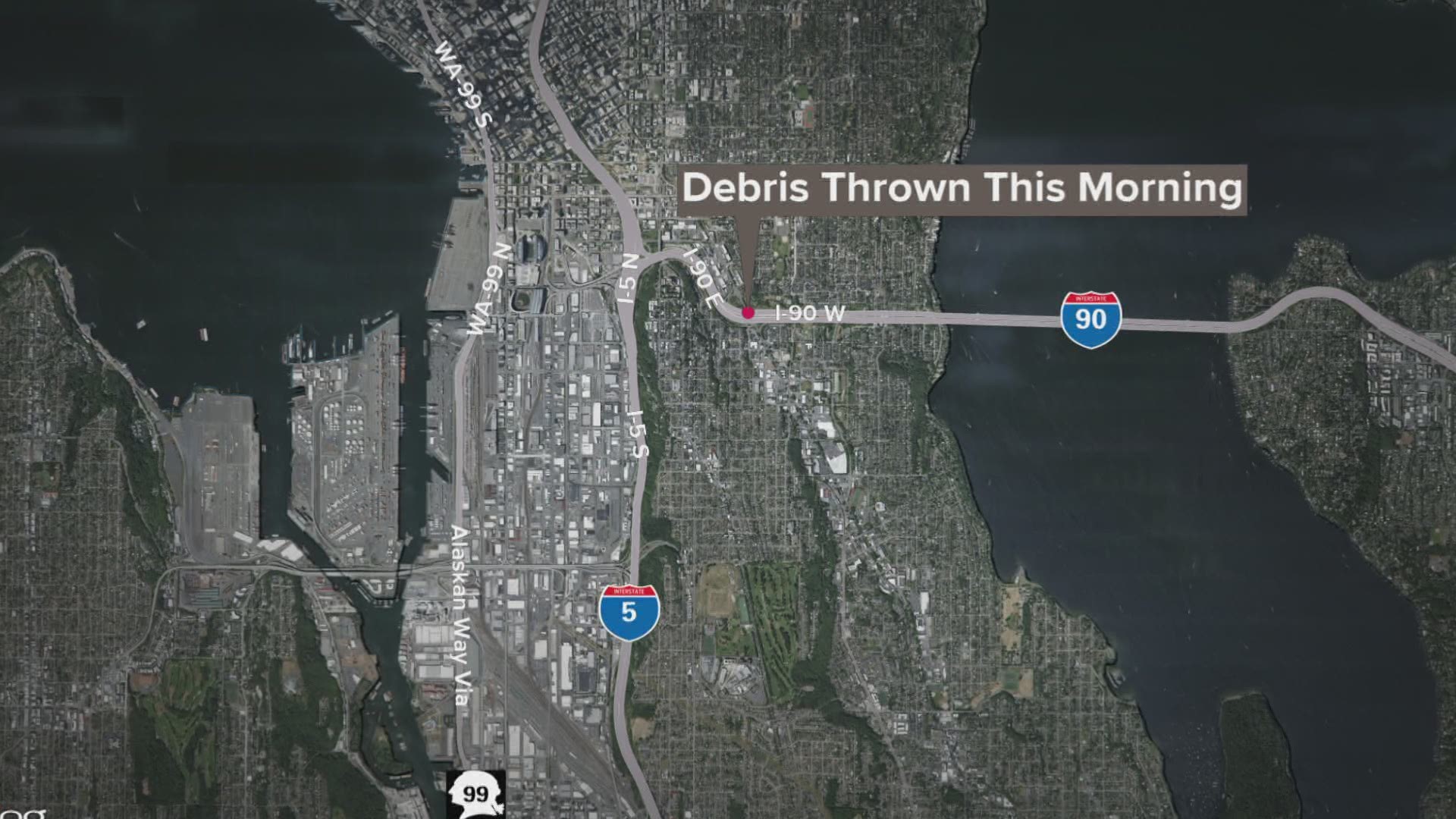 SEATTLE — The Washington State Patrol (WSP) arrested another individual suspected of throwing rocks at vehicles on interstates in Seattle. After they made the arrest, more incidents were reported Monday.

On July 10 at 4 a.m. troopers received a 911 call from someone who said they saw a person throwing debris onto westbound I-90 near Rainier Avenue in Seattle from behind a fence along the freeway, according to WSP.

Troopers found the suspect walking along Rainier Avenue. The 35-year-old man was arrested and booked into the King County Jail for investigation of reckless endangerment, malicious mischief, and criminal trespass, according to WSP.

No vehicles were struck by the debris that was allegedly thrown by the suspect.

In addition to the incident on July 10, WSP said there were two more reported on July 12.

WSP said the first incident happened around 3 a.m. in the same area of westbound I-90 near Rainier Avenue. Drivers reported seeing a person wearing a tan hat, black jacket, and headlamp, who was in the lanes of I-90 throwing debris. No vehicles were hit. Troopers did not find the suspect.

The second incident happened about an hour later at 4 a.m., again, in the same area of westbound I-90 near Rainier Avenue. The victim in this incident told WSP that an individual was pushing a shopping cart in on I-90 and threw a rock that came through his windshield. The driver was not hurt, WSP said.

Troopers were not able to find that suspect.

Since the beginning of 2021, WSP has received 161 reports of rocks or debris being thrown onto state highways, whether it be from the overpass or the side of the freeway.

WSP arrested someone at the end of June suspected of throwing debris at cars in the I-5, I-90 corridor, but they continue to get reports of these incidents happening.

WSP said it needs the public's help to locate and arrest the individuals responsible. People are being asked to call 911 immediately and provide WSP with a location and description of any pedestrians along the freeway, even if they are not throwing debris so that troopers can respond and make contact with the individual.