2 arrested in connection with throwing rocks onto I-5 in Seattle, one released

There have been 75 incidents this year, with six people injured in the last 2.5 weeks. 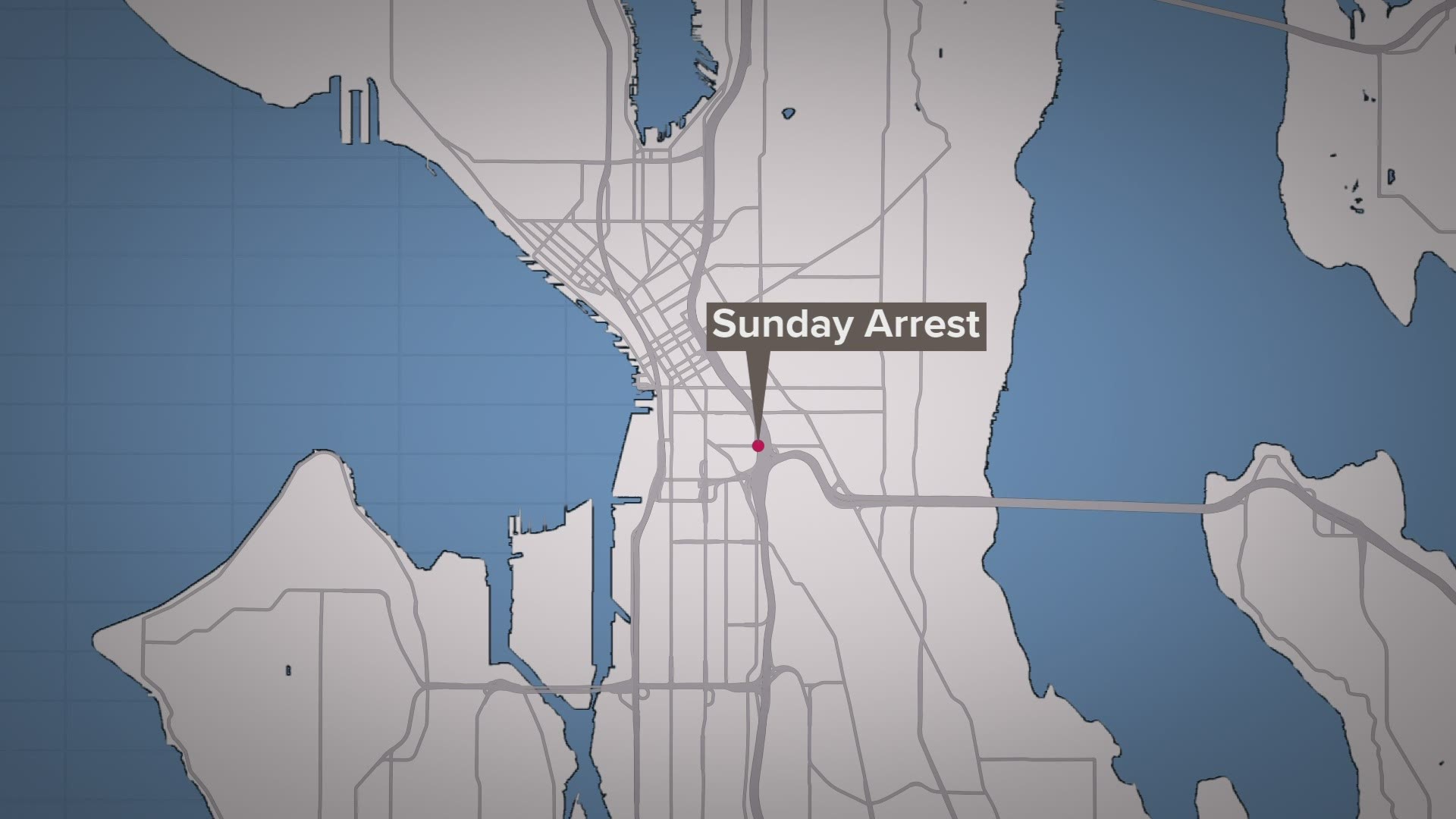 SEATTLE — Editor's note: A previous version of this story included the suspect's name, it has since been updated to reflect that the suspect was released from jail and his name has been removed.

The Washington State Patrol (WSP) is continuing to investigate cases of people throwing rocks and debris at cars along the I-5, I-90 corridor in Seattle.

The WSP said Tuesday a 42-year-old man they arrested at 3 a.m. Sunday suspected of throwing things at cars on I-5 near Dearborn Street is not the suspect they were looking for.

A WSP sergeant was in the area of I-5 and Dearborn Street Sunday and saw a person on a bike, wearing a headlamp on the inside of the guardrail overlooking the exit. The sergeant saw the person throw two rocks at vehicles as they exited and started chasing after the suspect on foot, according to WSP.

The suspect ended up going out of sight in a plaza near 5th Avenue and Weller. WSP said as troopers were searching the area, a separate person threw a large knife at a trooper's car and was subsequently arrested. It was at that time that another person rode by the scene with a headlamp on closely matching the description of the suspect that was involved in the pursuit. WSP arrested the person for investigation of attempted assault for throwing rocks at vehicles.

WSP said they continued to investigate the incident and late Monday night, surveillance video was obtained and revealed that the suspect arrested was not the suspect that was throwing rocks.

That individual has since been released from the King County Jail.

WSP said they are continuing to work to track down the suspect(s) responsible for multiple rock throwing incidents over the last several weeks.

A second person was arrested around midnight Monday near I-5 and the Washington State Convention Center, WSP said. That person was taken into involuntary commitment, according to WSP. No further updates have been provided about that suspect.

On Friday, the WSP asked for the public's help in locating the people responsible for throwing rocks and other debris onto state highways.

There have been 75 incidents this year, with six people injured in the last 2.5 weeks, according to WSP.

A driver was hospitalized last week after someone threw a rock onto his car as he was driving on Interstate 90, causing him to crash his vehicle.

WSP said anyone traveling in the downtown Seattle area should call 911 immediately if they see any pedestrian on the interstate, whether they are throwing rocks or not. Citizens should be prepared to give 911 dispatchers a description, location and action that is occurring as accurately as possible.

WSP said charges for this type of crime can range from a misdemeanor to a felony.