The victim and the suspect were meeting up to exchange an item that the victim had listed for sale on a secondhand goods website. 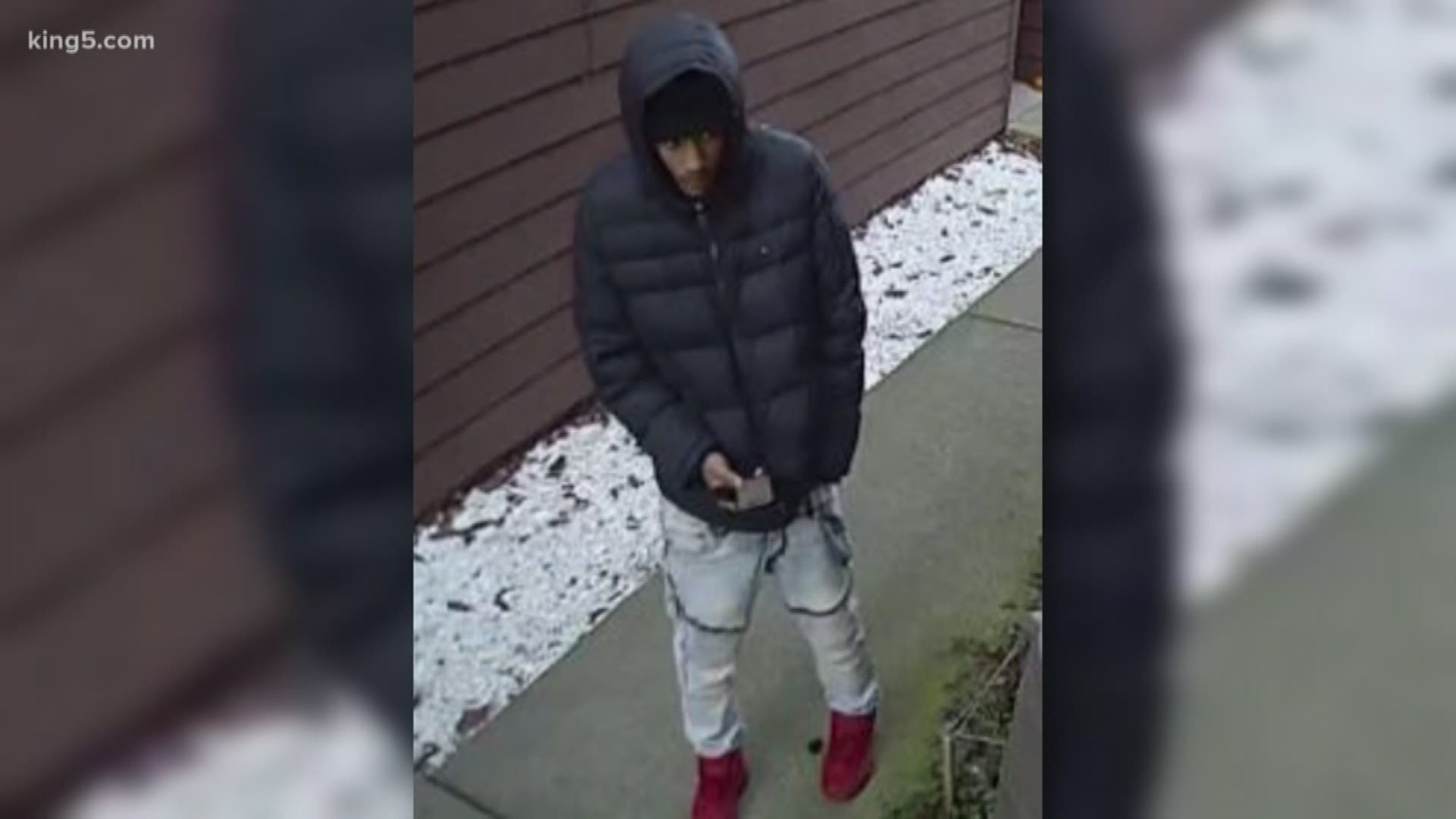 SEATTLE — Seattle police are asking for the public's help in identifying a man who shot and robbed a person in West Seattle.

On Dec. 2, the 24-year-old victim met up with the suspect to sell him a laptop, police said.

A neighbor called 911, reporting the shooting. The victim was shot just outside the caller's home.

That neighbor asked not to be identified because of concern for the safety of his family but told KING 5 he saw the suspect pacing and walking around for about five minutes before the shooting. “the longer I looked at him, I didn’t have a good feeling,” the man explained.

He was about to call the police when the man disappeared from view and then minutes later he heard something. “I hear the first gunshot, then there was a three or four-second pause and a second gunshot, the victim starts screaming at that point,” the neighbor said.

He called 911 and tried to make sure his young child was safe. “I went to the large window and pulled my son out of it and from there I could see the victim run across the street to a construction site where he got help,” the neighbor said.

The shooting happened in an alleyway between housing complexes in the 9000 block of 18th Avenue Southwest.

Police hand K9 units have not been able to locate the suspect.

Police don't believe the suspect or victim had a connection to this neighborhood, but the people who do live here are rattled and are now focused on looking out for each other

If you have any information on the suspect or his whereabouts, call the Seattle Police Department Robbery Unit at 206-684-5535.