5 injured in shooting at Halloween party in Sumner, deputies searching for suspect

The Pierce County Sheriff's Department says five people were shot in the early morning hours Saturday at a Halloween party in Sumner. The suspect is still at large. 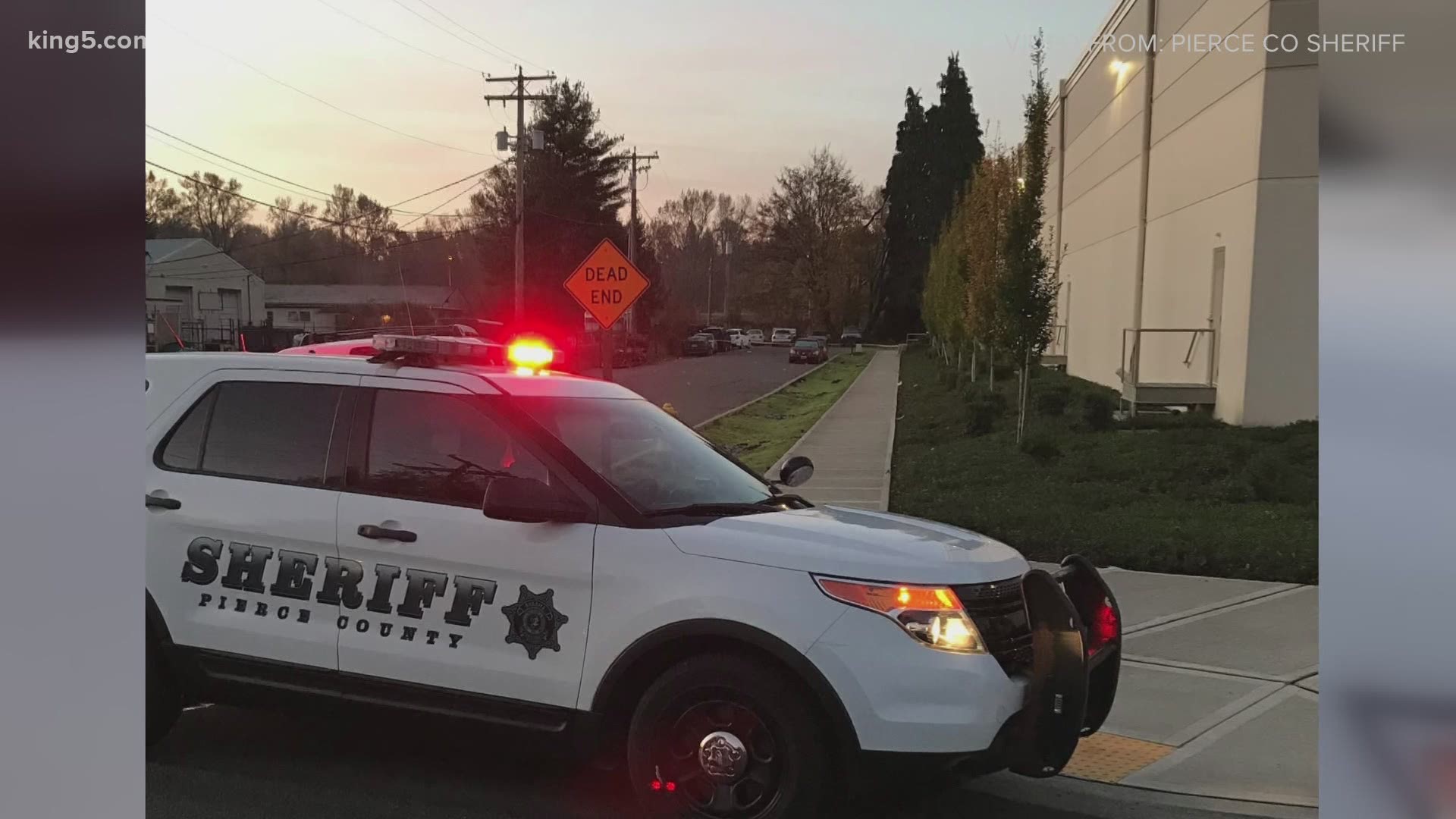 Deputies responded to a house on 127th Avenue E. at 12:31 a.m. after receiving a 911 call reporting multiple people had been shot, according to a press release from the Pierce County Sheriff's Department.

Deputies saw a car speeding out of the neighborhood as they arrived and pulled the vehicle over. The deputies found a woman in the backseat who had been shot, officials said.

When deputies got to the house, they found four men who had also been shot.

All of the victims were taken to the hospital with "serious but non-life threatening injuries," officials said.

Deputies learned there was a "very large" Halloween party happening at the time of the shooting. Officials said several unknown people heard about the party on social media and showed up.

There was a verbal altercation that happened outside the house and that's when an unidentified man fired multiple shots toward the group of partygoers, striking the four men and woman, officials said.

The suspect took off before deputies arrived. He is described as a Hispanic male with a medium build and curly hair, officials said.

Authorities are continuing to search for the suspect and ask anyone with information to contact the Pierce County Sheriff's Department or Crime Stoppers.

A reward of up to $1,000 is being offered for information that leads to an arrest.