Police say a homeowner who called in a suspicious vehicle felt "threatened" by the suspect and fired his gun at the ground before the suspect left. 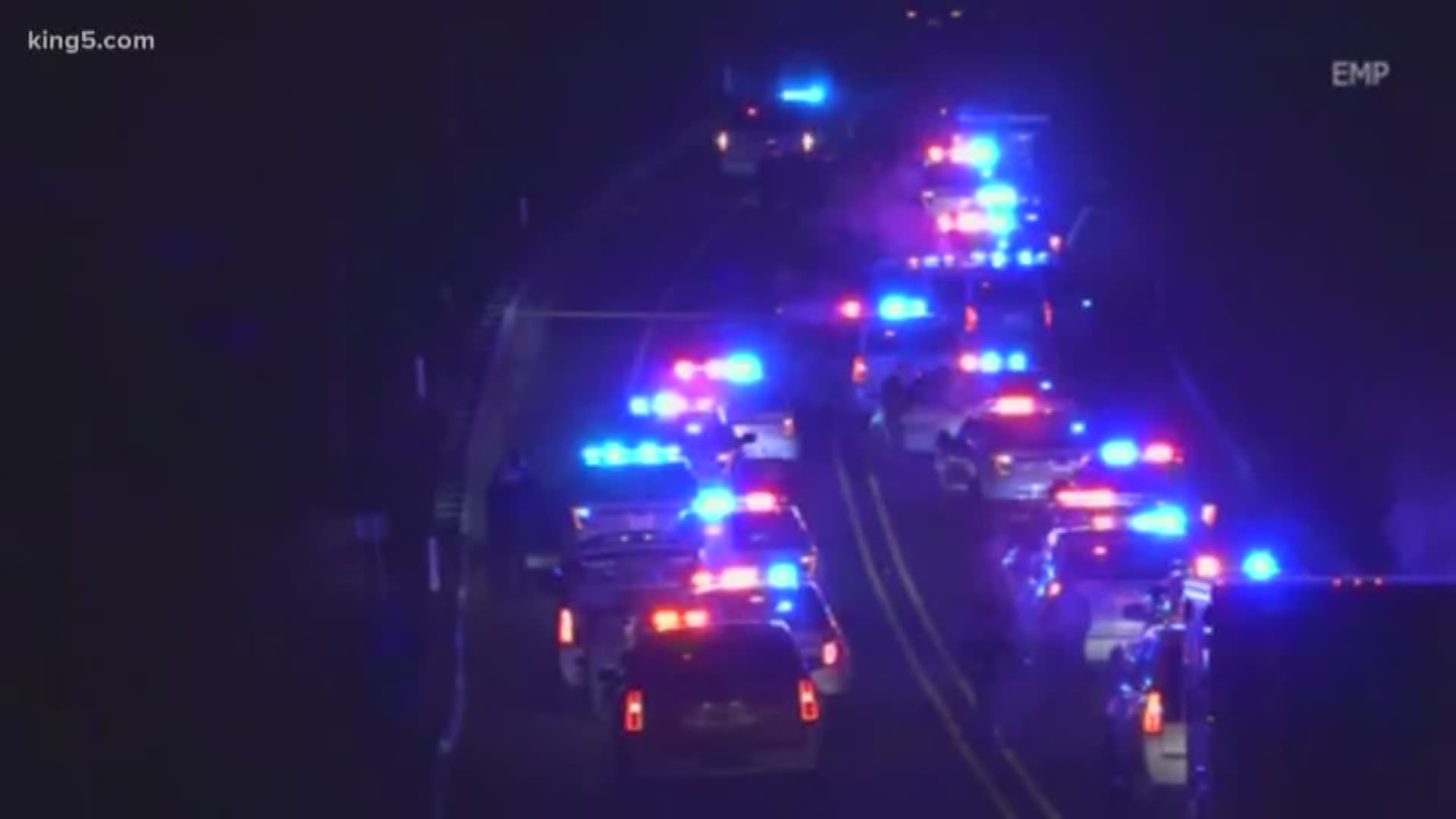 PIERCE COUNTY, Wash. — Deputies fatally shot a suspect in Pierce County early Friday morning after he got into a confrontation with a homeowner and crashed his car.

Deputies responded to a disturbance call about 12:30 a.m. in the 5200 block of 390th Court East, which is northwest of Eatonville, according to Tacoma Police spokesperson Loretta Cool.

A homeowner was arriving home with his family and didn’t recognize a pickup truck that was at the home. The homeowner asked the driver what he was doing there and told him to leave, according to Cool.

“The homeowner felt threatened and fired a gun into ground, and the suspect left the driveway,” Cool said.

As the suspect was leaving the driveway, he crashed into another car, flipping his pickup truck on its side.

When deputies saw the crash, they spoke with the suspect and then fired at the suspect.

The suspect was pronounced dead at the scene.

The occupants in the second vehicle did not have a known connection to the suspect. They are expected to ok, according to Cool.

Police do not believe the suspect had a connection to the homeowner who called in the suspicious vehicle. 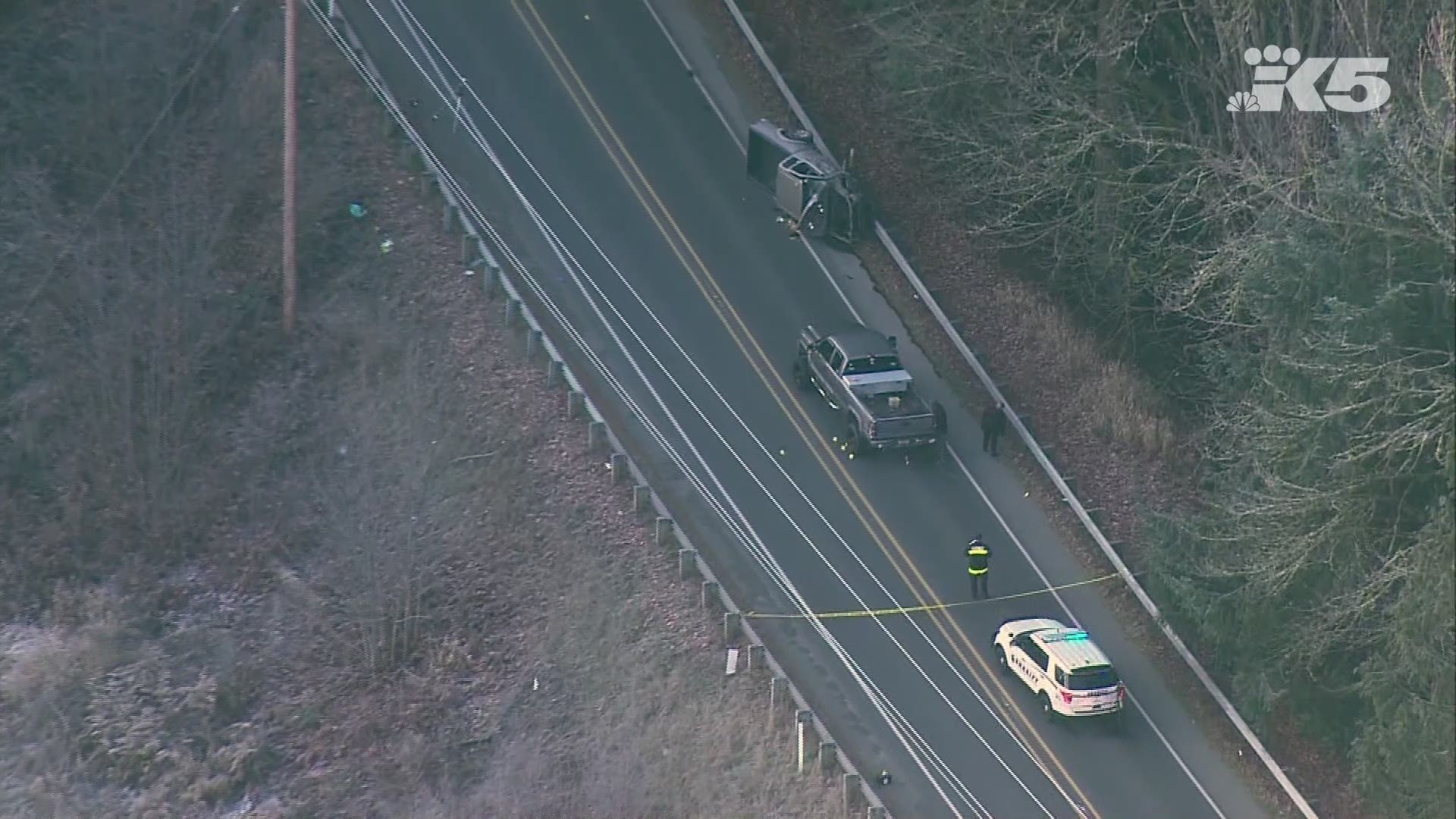