Multiple suspects were arrested and $40,000 in cash was recovered following an investigation into rampant catalytic converter thefts throughout the region. 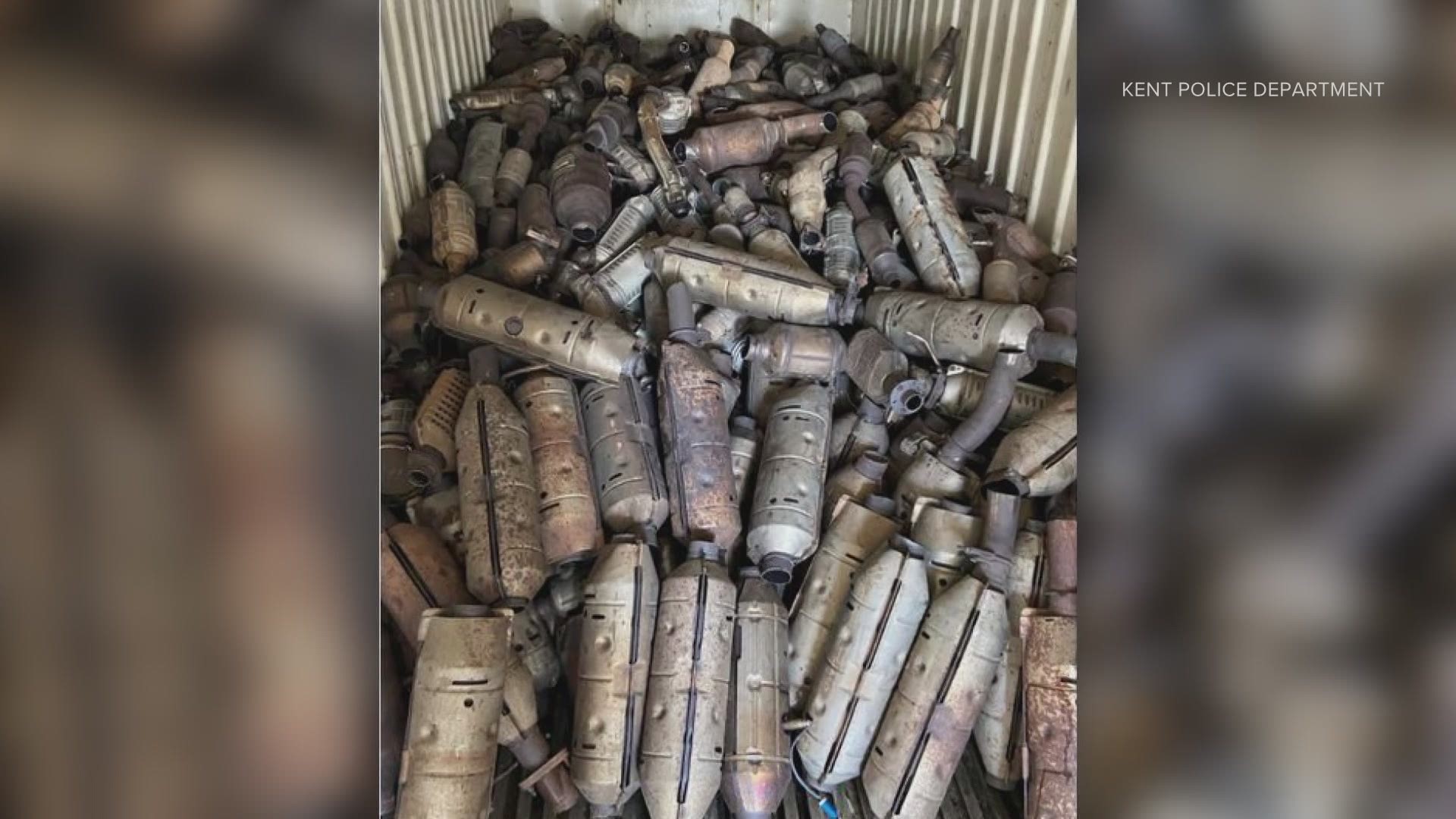 KENT, Wash. — Nearly 800 catalytic converters were recovered by the Kent Police Department (KPD) following a lengthy investigation into rampant thefts throughout the region.

Multiple suspects were arrested in relation to the investigation, and around $40,000 in cash was also recovered, according to KPD.

The device, about two feet long, removes pollutants from a vehicle’s exhaust. It contains precious metals like palladium and rhodium, which are more valuable than gold. Replacing a missing catalytic converter can cost anywhere from $2,000 to $5,000.

In order to prevent catalytic converter theft, Kent police suggest car owners stay up to date on whether or not they could potentially be a target. Toyota Priuses, trucks and SUVs are especially attractive to thieves.

Etching a vehicle's identification number onto the converter can also help police return it should it ever be found.