Detectives have found new evidence that lead them to believe the same teenager could be responsible for a separate hit-and-run that occurred in King County. 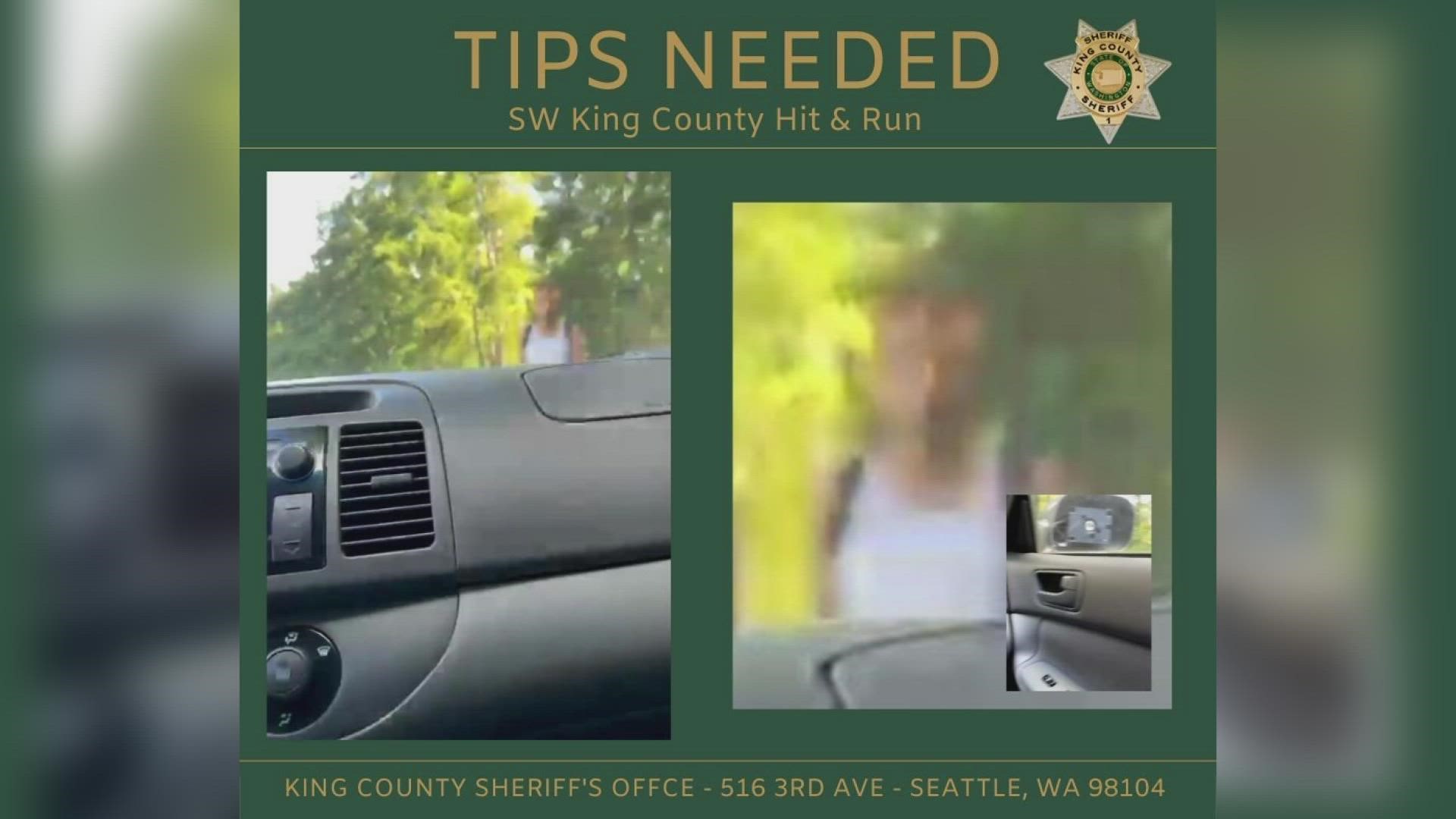 KING COUNTY, Wash. — A teenager accused of hitting and killing a man in Maple Valley with her car in July may have injured another person in a separate hit-and-run, according to officials with the King County Sheriff's Office (KCSO).

The 15-year-old girl was arrested Sept. 10 after a months-long investigation into the death of Greg Moore, who was struck by a vehicle on July 18 as he was finishing a morning jog.

The teenager pleaded not guilty last week to charges of second-degree murder and one count of hit-and-run in juvenile court in connection with Moore's death.

However, sheriff officials announced Monday that detectives have evidence that lead them to believe the same teenager could be responsible for a separate hit-and-run that occurred somewhere in Des Moines or SeaTac on, or before, July 17.

Officials said the adult white man, pictured below, is believed to have been hit by the same gray Toyota Camry one or two days before Moore's death on July 18.

Credit: KCSO
The man pictured above is believed to have been struck by the same vehicle that hit Greg Moore in July in Maple Valley, 2021.

The man likely suffered serious injuries or lacerations after being hit by the passenger side of the vehicle, officials said.

However, his identity and whereabouts remain unknown and detectives are working to identify him.

Tips and information may be shared anonymously with Crime Stoppers of Puget Sound via P3Tips.com or using the P3Tips app on your mobile device.