A man police believe was driving under the influence was arrested after driving around inside the Wenatchee Valley Mall Wednesday evening. 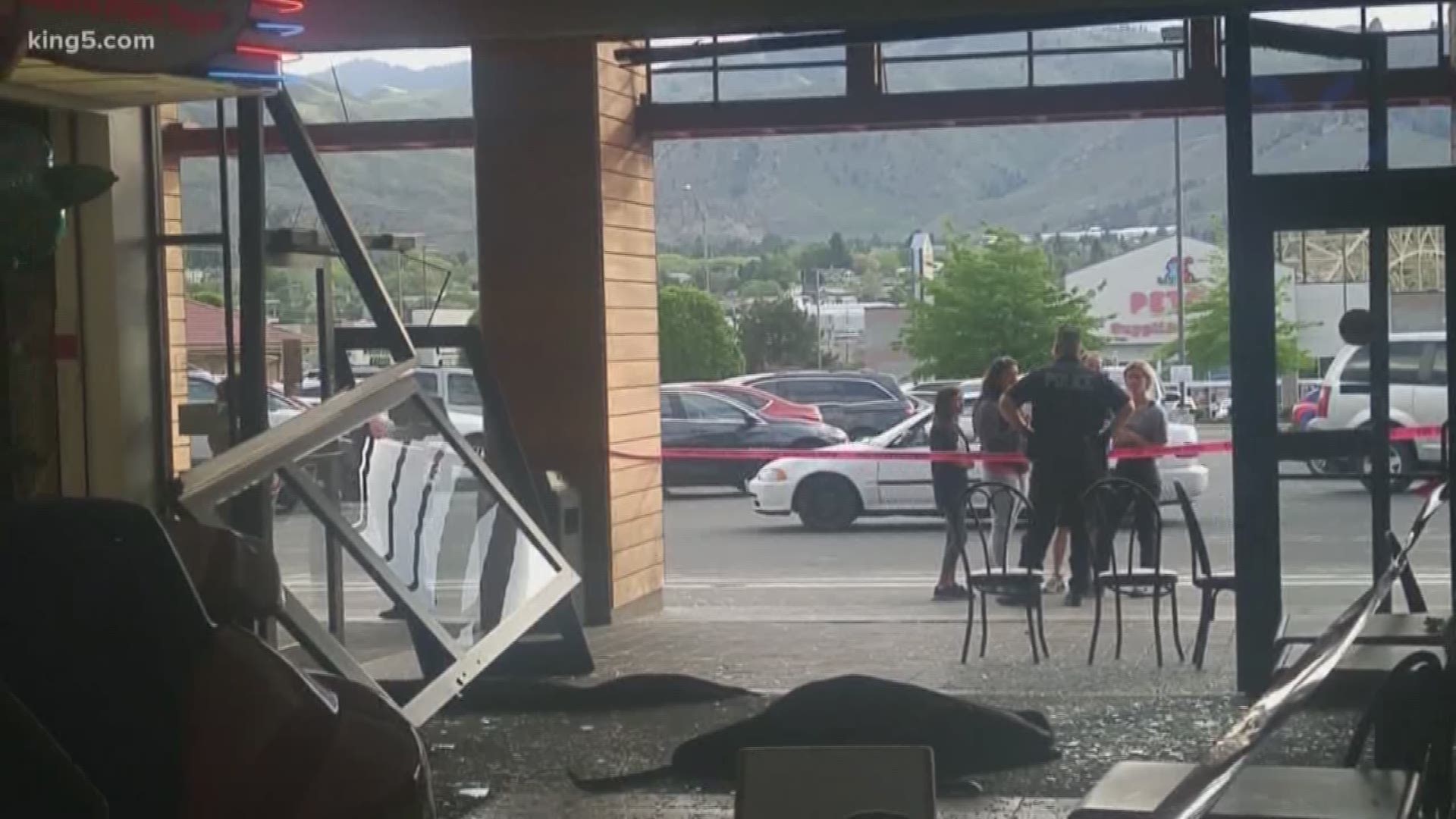 A driver plowed into the Wenatchee Valley Mall and drove around inside, before being arrested Wednesday evening.

Wenatchee police received a report around 6:10 p.m. that a driver struck another vehicle in the parking lot and then drove into the mall.

The Wenatchee World reports the driver, a man in his 30s, drove through a doorway at the south side of the mall, drove to the north end, and turned around. Damage was limited to tables and chairs and "minimal" damage to a wall, Sgt. Karsten Garcia told the World.

The driver was arrested as he was leaving the mall under suspicion of DUI, hit and run, possession of methamphetamine and drug paraphernalia, and reckless endangerment, the World reports.