A 78-year-old Granite Falls man was shot and killed while waiting for his routine dialysis appointment outside an Arlington medical facility on April 10. 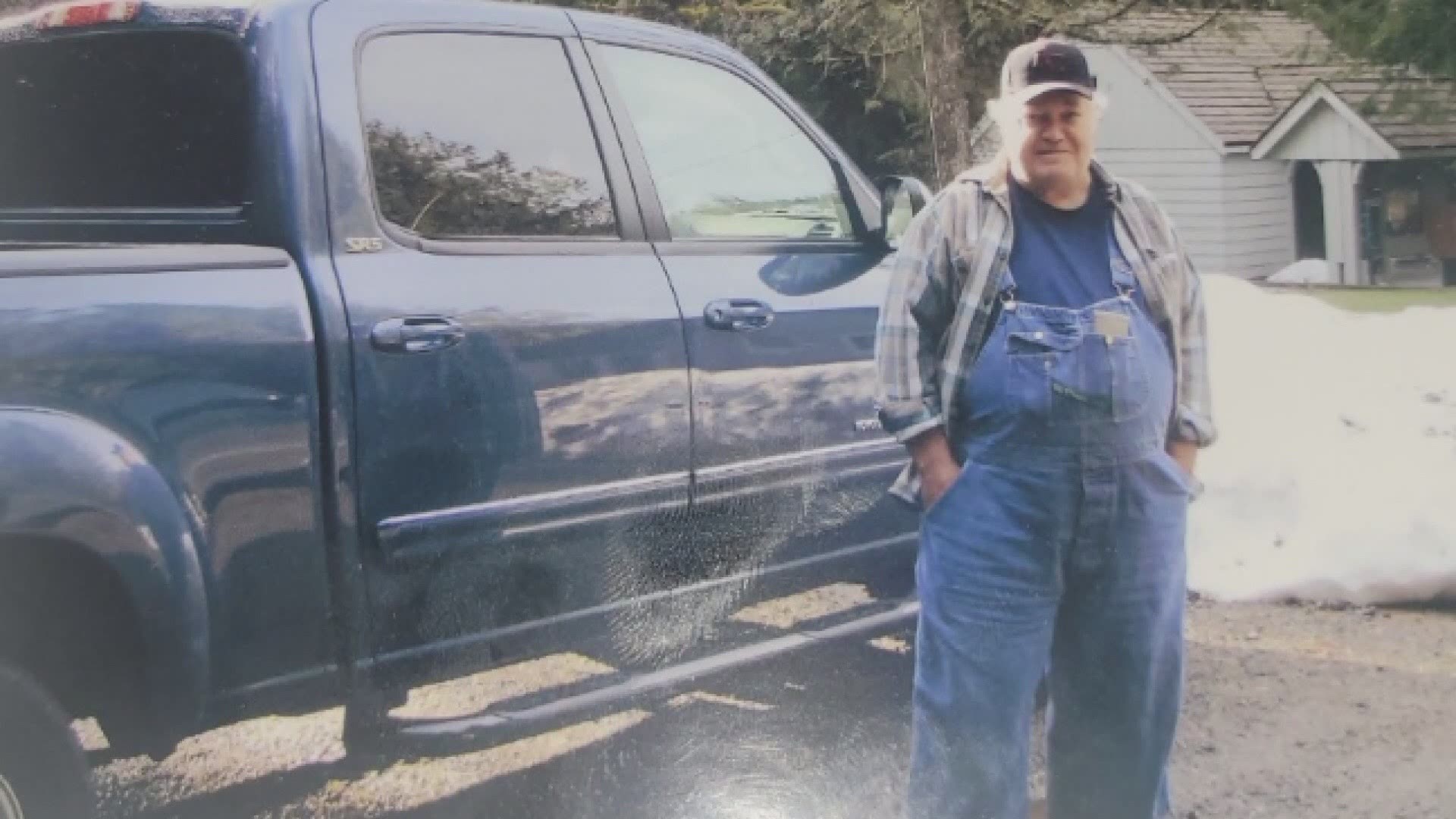 ARLINGTON, Wash. — A Granite Falls man was shot and killed in the parking lot of a medical facility Saturday while arriving for a routine dialysis appointment.

The Arlington Police Department said surveillance footage shows Ivan Maik, 78, stopped at a bank in Marysville and withdrew cash from an ATM before driving to the facility about 5:30 a.m. He parked near the front of the building in the parking lot.

An SUV was seen on surveillance footage following Maik’s car north on Smokey Point Boulevard and into the parking lot. The suspect got out of the car and approached Maik, according to police.

Employees who were leaving the building told police the suspect opened Maik’s car door and shot him. Police said the suspect then shot at the employees, who ran back into the building, uninjured.

The suspect then fled the scene.

"The suspect is obviously very dangerous and is willing to endanger multiple people, not just the victim that we have here," said Arlington police officer Seth Kinney.

When asked if the killing was a hit job or a thrill kill, Kinney replied, "We haven't determined exactly what it was, and we're holding off on any assumptions on what it is at this point."

Credit: Courtesy of Arlington Police Department
The suspect car in a fatal shooting in Arlington is believed to be a dark-colored 2013 or 2014 Range Rover Sport.

Maik was a lifelong resident of Snohomish County. He was also a Marine Corps veteran and retired Forest Service worker, which makes what happened to him that much more difficult to comprehend.

"He was very kind, very gentle, and shy," Maik's daughter told KING 5. "This is unbelievable." Maik's only child asked KING 5 not to disclose her name for fear of her own safety.

His daughter said she can't imagine anyone wanting to hurt her father, who suffered from stage 5 kidney disease and underwent dialysis three times a week.

The daughter said her mother was Maik's partner of more than 50 years. They were never married, and she died in November. Both parents lost in a span of just six months.

"That would be bad enough, but to have one lost to murder, it's just so sad," she said.

As she tries to come to terms with what happened, Maik's daughter said she is working around the clock with investigators to get her father's killer captured.

"I don't really go to bed. I don't sleep, I don't eat. It's devastating that someone would take his life like this. I just don't understand."

There is a $10,000 reward for tips that leads to an arrest. If anyone has information about the shooting, contact Crime Stoppers of Puget Sound at 800-222-TIPS and Arlington Police Detective Mike Phillips at 360-403-3400.

Editor's note: A previous version of this story incorrectly spelled the victim's name as "Malik." It has since been corrected.