Roger Lee Owens Jr. is accused of stealing the vehicle of an off-duty officer who was hit and killed on I-5. 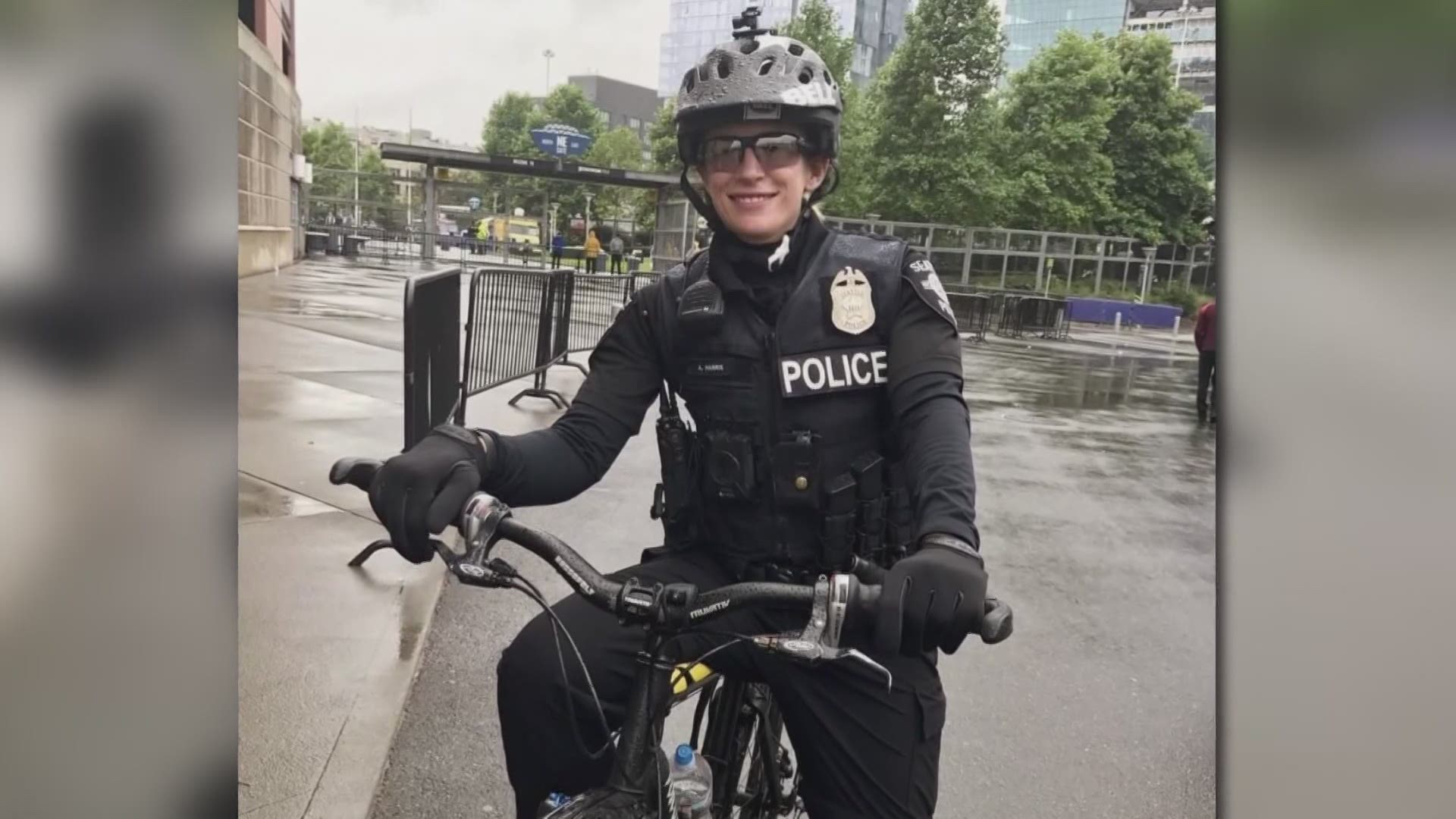 SEATTLE — The man accused of stealing the personal vehicle of a Seattle officer after she was hit and killed on I-5 on June 13 faces three felony charges.

Roger Lee Owens Jr., 49, was charged with hit and run, theft of a motor vehicle, and unlawful possession of a firearm by the King County Prosecuting Attorney's Office on Tuesday.

Owens was allegedly driving a stolen U-Haul when he rear-ended another car, causing a three-vehicle crash, blocking the left lane of I-5.

Seattle Officer Lexi Harris, who had just ended her shift, stopped to help.

A fourth vehicle was unable to stop in time to avoid the crash, striking one of the vehicles initially involved in the crash, and then striking and killing Officer Harris.

Owens allegedly fled the scene in Harris' personal vehicle, abandoning it about two miles away. He is also accused of stealing Harris' backpack, which held her police uniform, badge, and gun.

Owens fled on foot, later returning to the vehicle to wipe down the interior in an attempt to eliminate DNA or fingerprint evidence, according to court documents.

Owens' next court appearance is scheduled for July 1.