The suspect allegedly stole the Renton police squad car after officers attempted to talk to him about other car thefts. He was arrested on a felony theft charge. 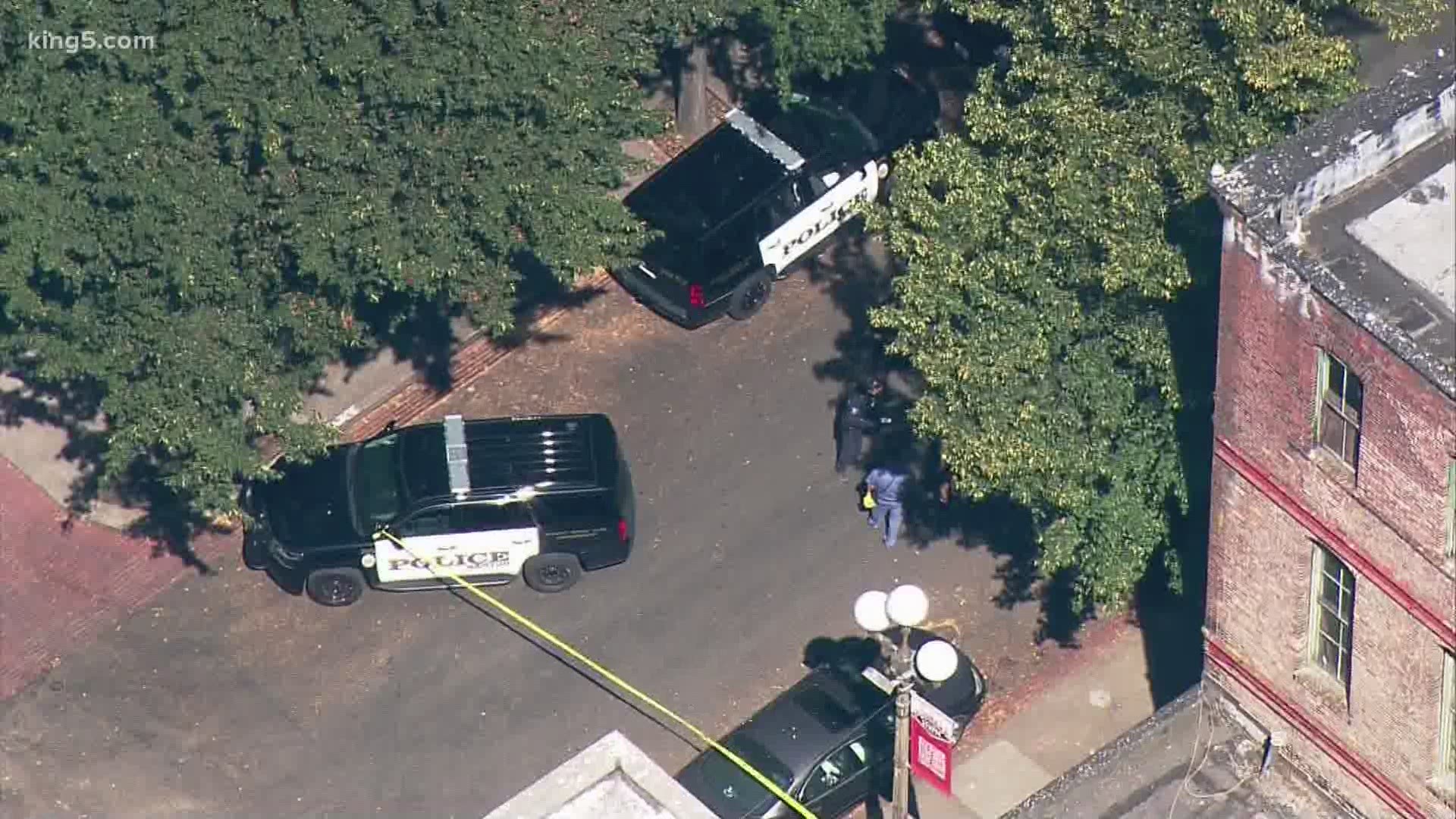 RENTON, Wash. — A man is behind bars Thursday after stealing a Renton police squad car and taking it for a joy ride to Seattle.

The incident started around 1:30 p.m. Thursday when Renton officers saw a possible car theft suspect at a local dealership in the 500 block of Rainier Avenue South.

The officers got out of their squad cars to go talk with the man and left their vehicles locked and running, which is standard procedure according to a statement from the Renton Police Department.

The man declined to talk to the officers and walked away.

As the officers were walking back to their squad cars a witness called 911 and reported the same suspect the officers tried to talk to had reached through an open window of one of the patrol units, unlocked the door, and drove away in the vehicle, police said.

The stolen police vehicle was found about 30 minutes later using a GPS tracker inside the vehicle by Seattle police along South Washington Street in Pioneer Square.

The man accused of taking the vehicle was found a couple of blocks away and arrested for felony theft, police said. His identity was not provided, but police said he is in his thirties.

All items in the patrol vehicle were accounted for, and no one was injured during the incident.