The murder suspect wrote in a journal, "What am I doing? Indeed, why did I do it?" 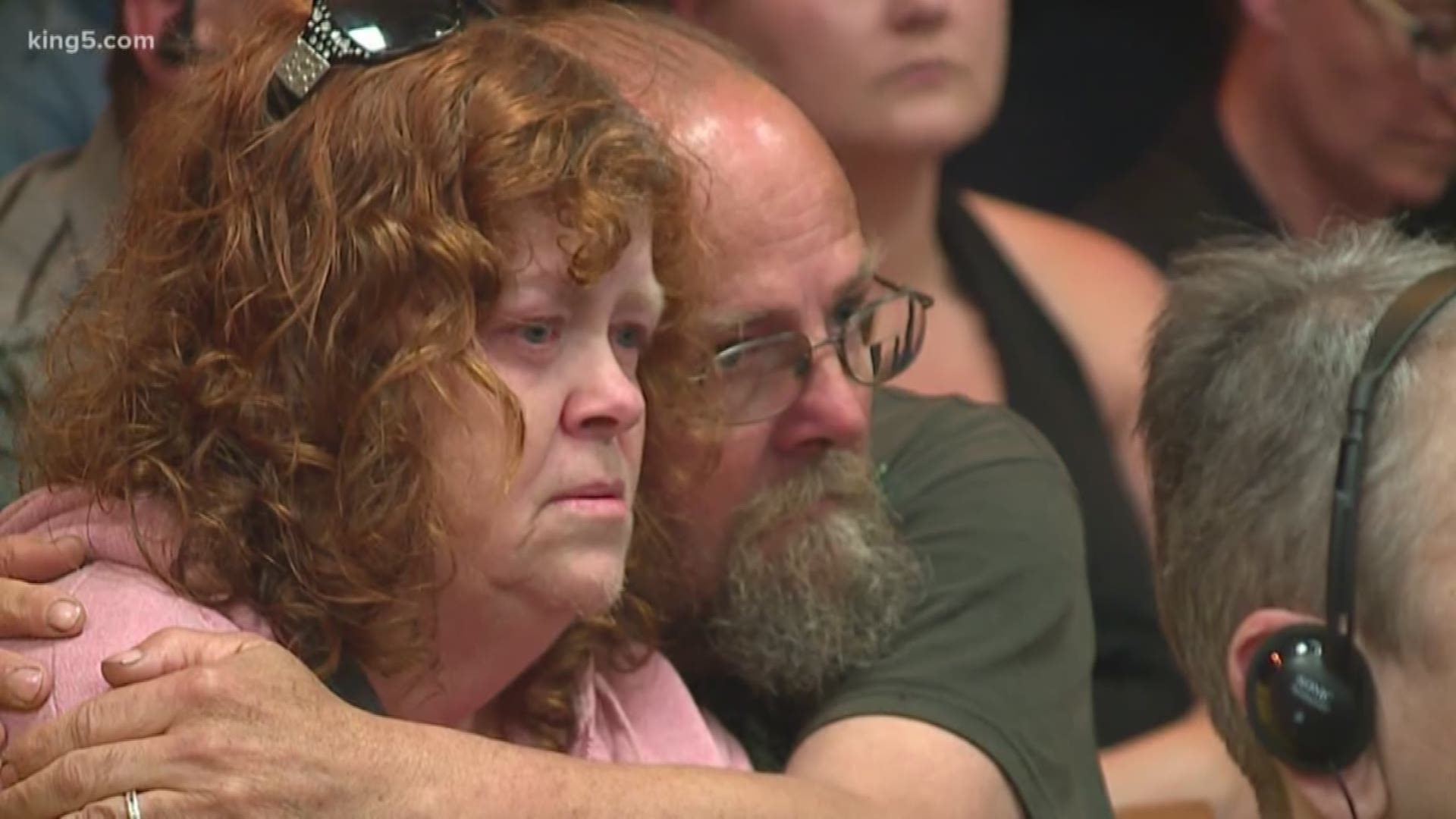 PORT ANGELES, Wash. — Friends and family of Valerie Kambeitz clung to each other for support in a Clallam County courtroom on Monday, as her accused killer made his first court appearance.

Matthew Wetherington was ordered held on $5 million bail for the killing of his newlywed wife and her three children, all under age 10. The trailer home they shared was destroyed by fire over the weekend.

Court documents revealed Wetherington confessed to police saying, "I love my wife very much. I loved my kids. I don't understand how I could do something like this."

A journal found in his possession contained the entry, "Perhaps, one day, when I get captured, doctors of the mental health variety will read this journal, and perhaps help me figure out why I committed such tragedies three days ago. What am I doing? Indeed, why did I do it?"

On her Facebook page, Kambeitz described herself as a stay-at-home mom and "married to my perfect other half." The couple were apparently wed in May.

Police reported Wetherington had a very dark side. He had previous convictions for child molestation, unlawful imprisonment, and burglary with sexual motivation.

Despite that, friends said the couple seemed happy.

"It was all happiness, up until what just transpired," Wright said.

Witnesses told police they saw the defendant running from the trailer after it caught fire. Investigators detected gasoline in one of the bedrooms and later found Wetherington camping in the woods.

The family's Pastor Tim Hughes said there are no easy answers.

"In those times, when there is no rationale, no way to find understanding, you just pray the peace of God and the love of the people around you will bring you comfort and help you get through it."

A GoFund Me account has been set up to help the family pay for four funerals.