Hillsboro police said these sweeps show the community and survivors of domestic violence that they are committed to protecting them. 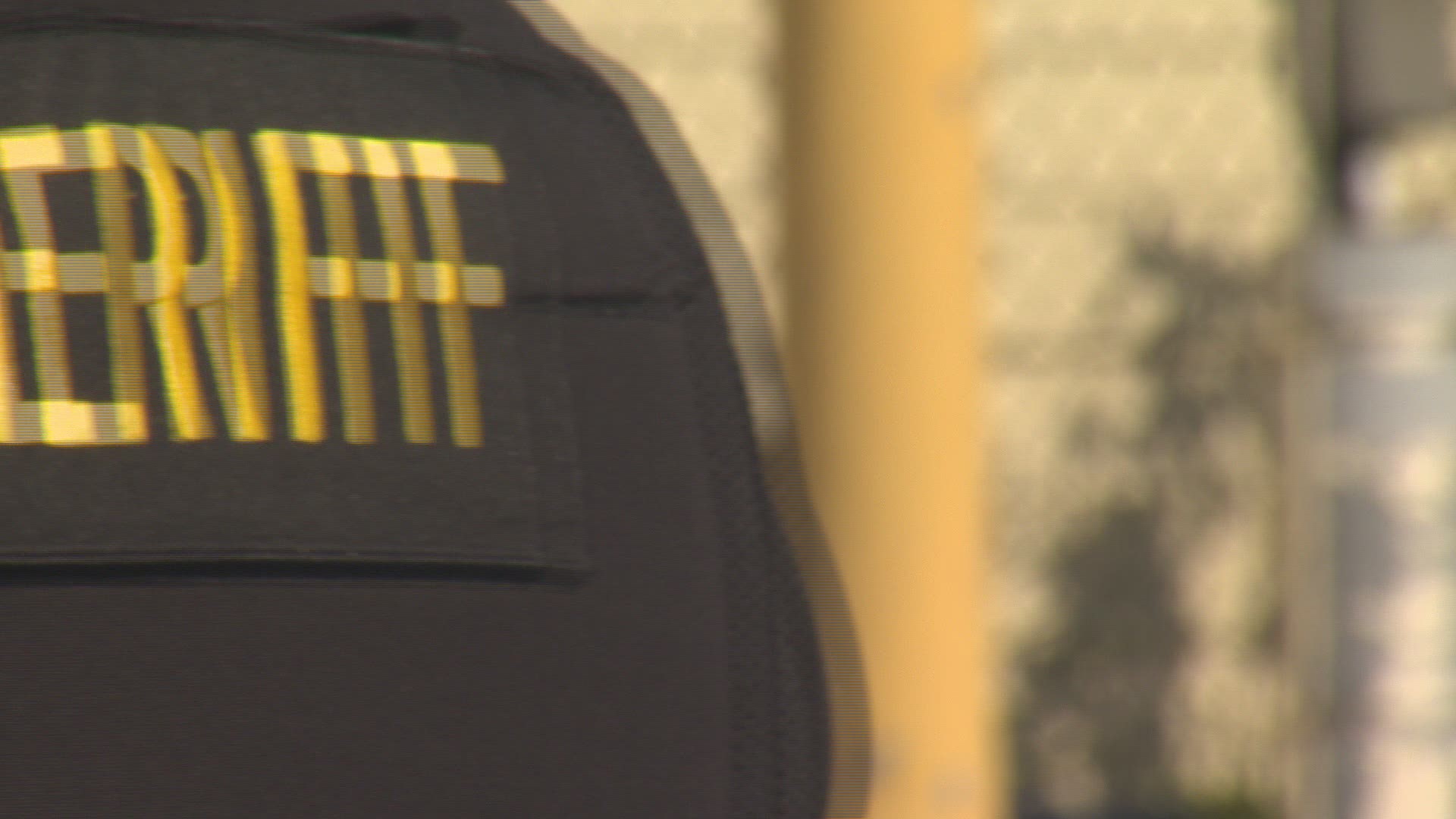 HILLSBORO, Oregon — Every minute, about 20 people are physically abused by an intimate partner in the United States, according to the National Coalition Against Domestic Violence.

In an effort to reduce that statistic, law enforcement agencies in Oregon and across the country hit the streets Wednesday to track down and arrest people accused of domestic violence.

The effort was part of a one-day apprehension detail called the Domestic Violence Warrant Sweep. Multiple agencies across the state have joined forces during October for Domestic Violence Awareness Month to accomplish the aim of their campaign hashtag: #EndDV.

On Wednesday, a KGW crew was invited to follow Hillsboro police officers as they knocked on doors. Tracking down and taking suspects into custody proved to be very challenging. Some weren't home, while others no longer lived at the addresses officers had on record.

"We're out here today to show the survivors of domestic violence that we are committed to protecting them, that their bravery and standing up and saying, 'No more, I'm not going to be a victim any longer, I'm going to become a survivor,' that we're going to support that," said Hillsboro Police Sgt. Eric Bunday. "If the steps they’ve taken, like getting a restraining order, have been violated, we will be there to hold their abusers accountable."

The suspects were nowhere to be found at the first two apartments Hillsboro police showed up to.

The first was based on probable cause. Bunday said a domestic violence crime was reported to them but the suspect wasn’t home at the time, so the investigating officer had to write up a probable cause affidavit. Once the person is located, officers can take them into custody.

At the second apartment, officers tried to make contact with a man they had probable cause to arrest for violating a restraining order.

"If [police officers] have probable cause that a restraining order has been violated they shall arrest the person. It's not that we have any choice in the matter, we have to make an arrest," Bunday said. "When we tell someone that this order will help protect you, we have to back it up."

At the third and final location, police arrested a man for allegedly violating a restraining order a few months ago.

While police didn't get everyone on their list, they don't see it as a failure. "If we didn't find them today we will continue to look," Bunday said.

"This isn't a one-month problem," said Cornelius Police Chief John Bennett. "This is a year-round problem that we deal with every day. Domestic violence knows no bounds, no socioeconomic bounds, no religious, racial. It affects everyone in our communities and in the country today."

Even though the sweep was a one-day effort, Bunday said survivors of abuse should know that police are looking for offenders every day. The Hillsboro Police Department has a two-person, full-time domestic violence response team as well as two full-time detectives in the Family Justice Center of Washington County dedicated to investigating domestic violence crimes.

"It shows the commitment Hillsboro Police Department has made to ... protect families, to protect our kids, so they don’t have to grow up in homes with violence, to protect people who are in those intimate relationships, living together or co-habitating or married, who are able to live their lives free of fear and free of abuse," Bunday added.

Agencies all over the state, such as Clackamas County, participated in Wednesday's sweep. The Clackamas County Sheriff’s Office said it partnered with other agencies in the county, as well as state and federal departments.

In Washington County, sheriff's deputies joined officers from Hillsboro, Beaverton, Tigard and sheriff’s deputies in attempting to serve 50 to 60 open warrants related to domestic violence cases. They also worked with probation and parole officers to try to track down about 25 people who have absconded, meaning they’ve left an area without permission to avoid being found or arrested.

If you would like to talk to an advocate, reach out to the National Domestic Violence Hotline via messenger, or by calling the hotline at 1-800-799-SAFE (7233). You can call the hotline at any time, 365 days a year.

All calls are confidential and anonymous. Advocates can answer questions, provide safety planning and information and connect you to domestic violence resources in your community.