Proponents of the reforms say they're intended to limit use of deadly force. Law enforcement officers are saying they're not able to do their jobs as effectively. 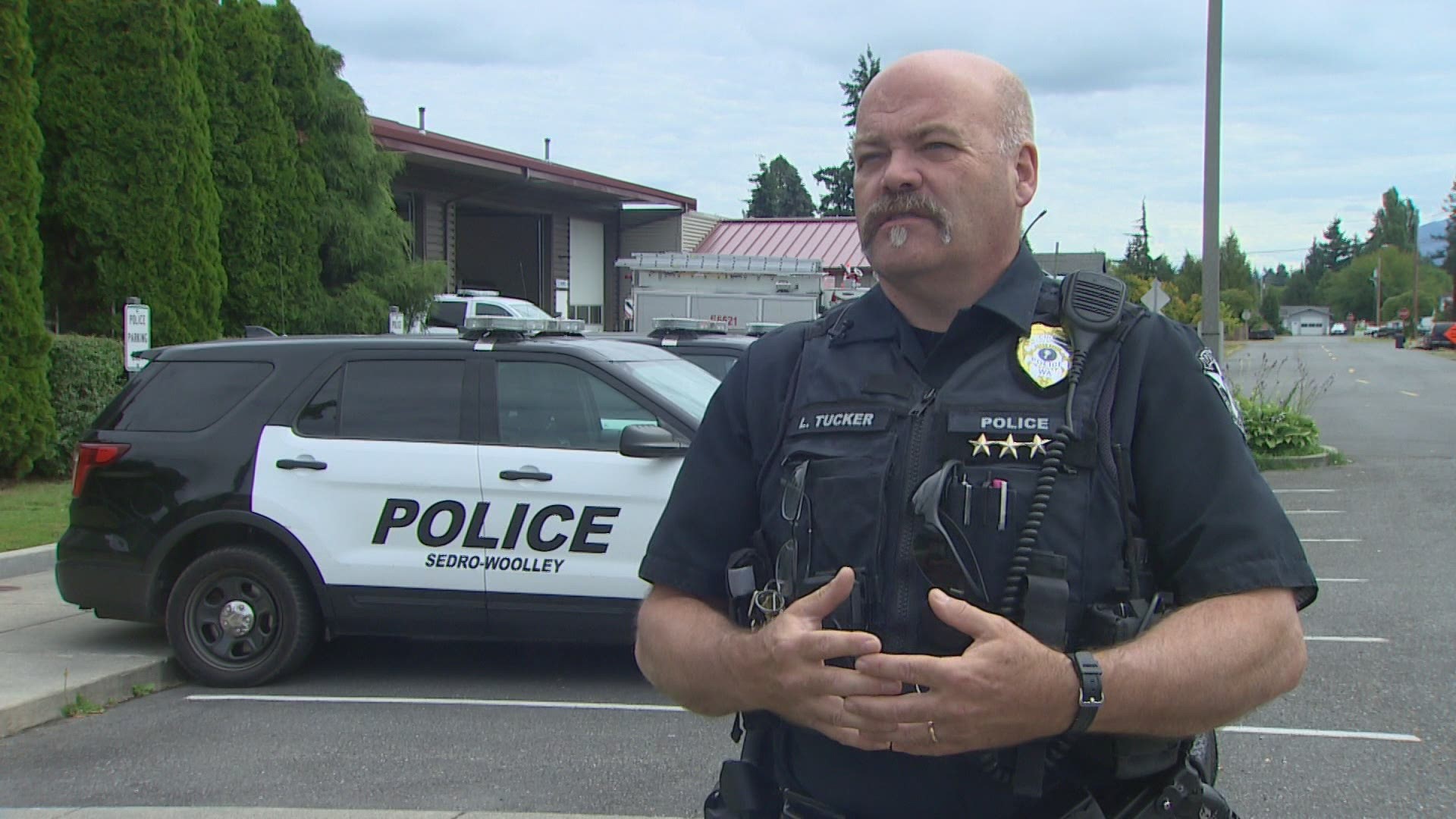 SEDRO-WOOLLEY, Wash. — As he patrols the streets of Sedro-Wooley, Lt. Dan McIlraith is still getting used to new rules passed down by the Washington state Legislature around how law enforcement can engage with the public.

Proponents of the new laws say they're intended to limit the use of deadly force and hold officers accountable when they use excessive force. However, some law enforcement officials said the new rules are limiting what they're able to do on the job.

"It just doesn't feel right. That's basically what it comes down to," said McIlraith.

Body-cam video recently released by Sedro-Woolley police shows the new rules in action. In the video, a man is in distress and out of control.

"At one point, he took a bite out of a tree and started licking the sap," said Sedrow-Wooley Police Chief Lin Tucker. "He needed help."

Police spent an hour and a half trying to talk the man down while other calls were put on hold. Typically, at some point much earlier, police would have taken the man into custody and brought him to a hospital.

In this case, they opted not to do that because new rules passed by the state Legislature ban the use of force except to arrest someone, prevent an escape, or to protect against an imminent threat.

Technically, the man didn't meet any of those criteria. Officers were eventually able to convince the man to go back inside his house.

"Those neighbors didn't feel safe when we left," said Tucker. "The hardest thing for us is to turn around and see the whole neighborhood saying, 'Aren't you going to do something?' We basically throw our hands up and say this is the best we can do right now."

The new legislation comes after George Floyd was killed by a former Minneapolis police officer. The reforms aim to hold police more accountable and avoid situations that could put civilian lives in jeopardy.

Sheriffs and police chiefs from across the state have publicly stated their concerns in Facebook posts. Some have likened those concerns to fearmongering from police who are averse to change.

"That's not our intent," said Tucker. "We want people to know things are about to change in the way we police. Sometimes there need to be adults in the room, and we're those adults. When we're told we should just drive away if it gets too weird, that's never been an option for us."

Tucker conceded the law worked in the case of the disturbed man, but he said the reforms aren't sustainable.

"If they want social workers handling these cases, then they need to hire more social workers, but they're not," said Tucker. "They're understaffed and underpaid. Meantime, we're leaving our partners in the fire department, the hospitals hanging because we can't do anything until the threat has escalated."

Tucker hopes police and politicians can tweak the law next year after seeing what doesn't work.

"They take the worst of the experiences we've been involved in and make rules based on those worst experiences," said Tucker. "That blanket rule covers all of our dealings now."

For now, Tucker's officers are continuing to get used to the changes.

"It's frustrating," said McIlraith. "The law works sometimes, and it may not work in some other situations. That's just the way it is."